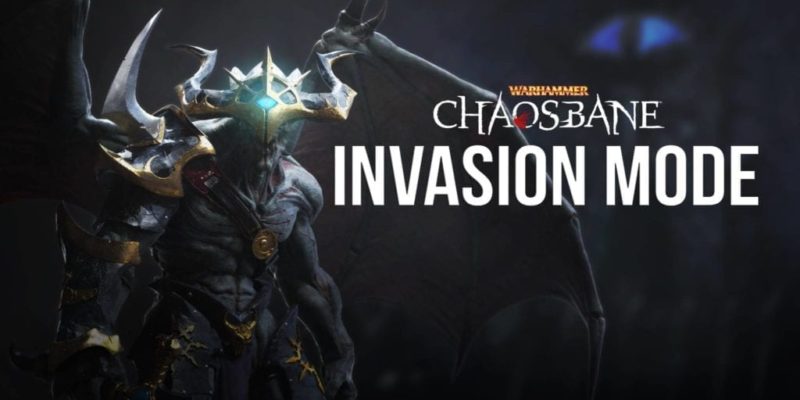 It’s been a while since we last checked out Warhammer: Chaosbane. Releasing late in May, I was able to review it, though I did note that the endgame felt quite lackluster. On top of that, progressing through the story campaign was akin to a slog due to repetitive environments and maps. Still, developer Eko Software plans on delivering more content for its fan base. The latest Warhammer: Chaosbane update is one such example of that. It even adds the brand new Invasion Mode. 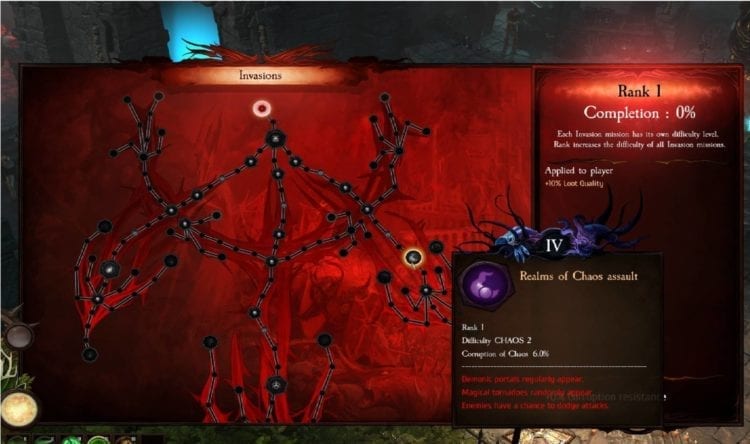 As you can see via the image above, Warhammer: Chaosbane’s new Invasion Mode will have you progressing through various nodes, each with its own challenges. Some might even have specific rewards. After doing a couple of runs, I realized that something was off — the locations were virtually the same maps and tilesets as before. That’s also gotten quite a few players miffed as you can see in some of these topics on Steam.

Another issue is that it seems Eko Software forgot to tell anyone that the God Skill Tree will end up with some changes. You might end up with passives you don’t need. There’s also no “free re-spec,” so you’ll have to keep going with what you have, or start from a blank slate and grind for those fragments once more.

The drop rate of heroic items (reds or tier 4) has also been significantly lowered. Likewise, certain class nerfs have slightly increased the difficulty and challenge. 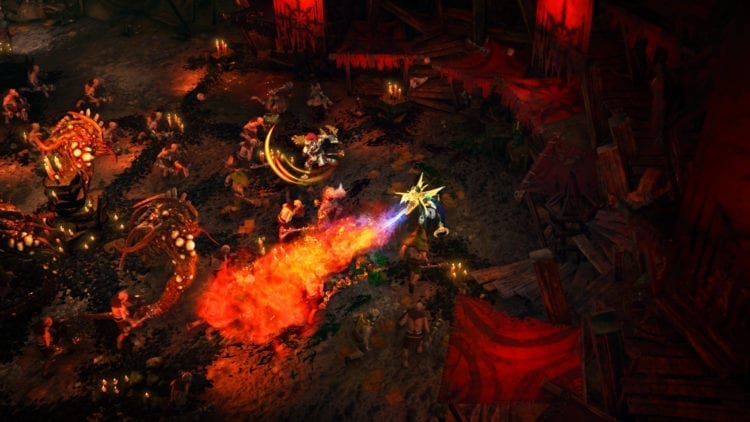 Are There Some Upsides?

There might be some upsides to Warhammer: Chaosbane’s latest update. There’s a new item rarity — tier 5 or green items. These are a lot more powerful compared to reds but you might need to increase the difficulty to Chaos 4 or Chaos 5 to see these drop more frequently.

There are also some extra options you’d find in the game’s settings such as depth of field (yes!), TAA, MLAA, volumetric lighting, and an FPS limiter. Also, passives have been upgraded to six slots and fan vanity (“fanity”) slots have been upgraded to twelve. Although some players are disappointed, others are still thankful.

You can read more about Warhammer: Chaosbane’s latest update as well as Invasion Mode from the game’s official subreddit.