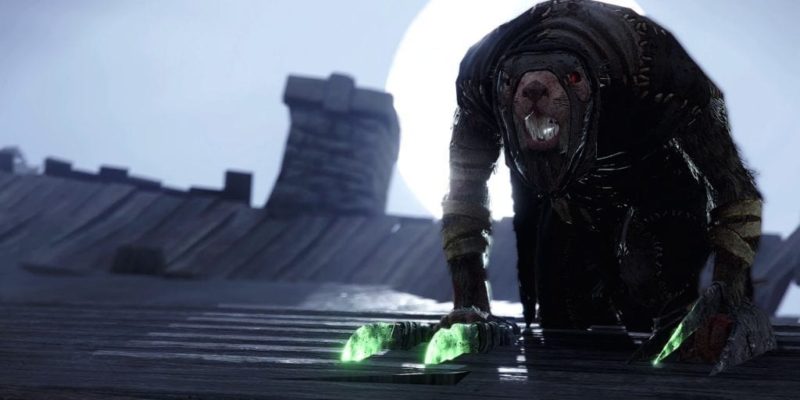 Warhammer: Vermintide 2 is slated for a four-player PvP mode. Players can sign up for the beta version right now at the game’s official site.

Studio Fatshark revealed the expansion trailer today at E3. It shows off some gruesome gameplay, where enemies fight to the death against each other. Vermintide 2 now has several DLC items in the pipeline, including the Winds of Magic DLC, which according to the Steam store page is set to release in August of this year.

One notable element that was missing from the original game was enemy variety. The game forces players to combat wave after wave of enemies. Because of this, a wider variety in enemy-types could help break up that monotony. The End Times: Vermintide forced players to combat a whole lot of clanrats and gutter runners. While those enemies have seen a return in Vermintide 2, there are even newer enemies for players to contend with.

To be clear, though, this improvement is not by a large margin. The first game featured nine enemy types, where the second game features seventeen. While that is nearly double the enemy-types from the first game, there could still be more variety to help break up some of the enemy-wave monotony.

New enemies in Vermintide 2 include the warpfire thrower and the stormfiend. This mechanical rat shoulders gas tanks and straps flamethrowers to its arms. These two enemies are apart of the Skaven rats, most of whom were seen in the first game.

Vermintide 2 brought the Chaos enemies, which include human-types such as the rotblood sorcerer and the marauder. All six of the chaos enemies are completely new additions, and were not present in the first game.