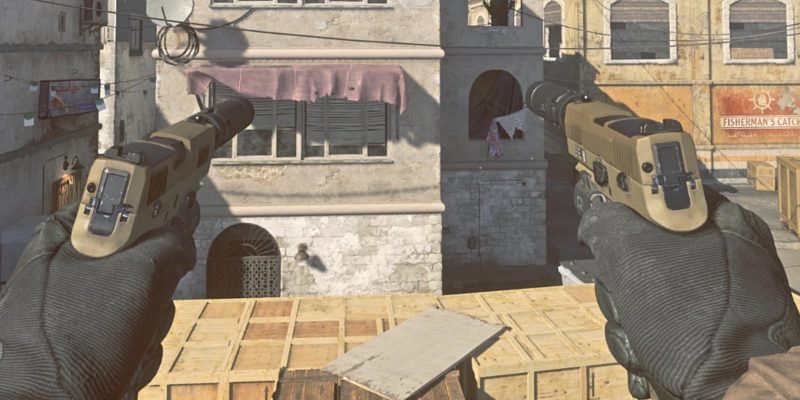 Akimbo pistols have played an important role in Call of Duty: Warzone ever since they were released. Akimbo is an equipable weapon perk on pistols that allows you to dual-wield them. At the cost of accuracy and range, you can effectively double your fire rate and damage. The community thought that the burst Renetti was the best pistol to take advantage of this, but it turns out that the M19 makes for a superior Akimbo Warzone loadout.

Some readers may not even know what the M19 is. Outside of being a niche but decent choice in regular multiplayer, this run-of-the-mill pistol hasn’t seen too much love. However, players are starting to catch on to how strong the M19 is and it won’t be long until just about everyone is using it. Seriously, this build is arguably this battle royale’s best secondary when used correctly.

One of the biggest reasons to consider running this M19 build is that it frees up perk two. Instead of having to run Overkill in order to have two primary weapons, you can go straight to Ghost to stay off the radar. Alternatively, higher skill players may opt for High Alert, which is great for quickly gaining intel on any nearby enemy team’s location.

Unsurprisingly, the most important part of this build is the Akimbo weapon perk. If you aren’t running Akimbo, the M19 simply doesn’t kill fast enough to justify use. Unlike its other attachments, Akimbo is not unlocked by leveling up the M19. Instead, it is unlocked by earning three kills in five different matches with the Frangible-wounding perk equipped. To speed up this process, consider leaving and searching for a new lobby each time that the three kills are confirmed. Challenge progress in Warzone and Modern Warfare is saved regardless of whether you finish a match or not. 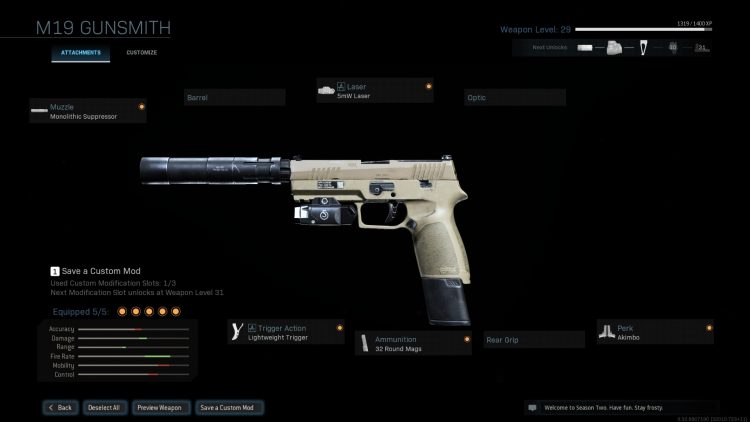 There’s a choice to be made between the Monolithic Suppressor and the XRK V Extended barrel. Both improve the effective range of the M19, but there are some slight differences. The Monolithic Suppressor silences the M19 keeping any gunfire off of the enemy radar. The XRK V Extended barrel doesn’t do that, but it does provide a slightly bigger increase to the M19’s effective range. It may be worth trying both variants out to see what works best.

As it is impossible to aim down sights with Akimbo equipped, optimizing hip-fire accuracy is essential. The best attachment for this is the 5Mw Laser. This laser is visible to enemies whenever the M19 is equipped though, so be wary of crosshair placement. Giving away your position because of reckless laser management is never a good reason to lose a gunfight. 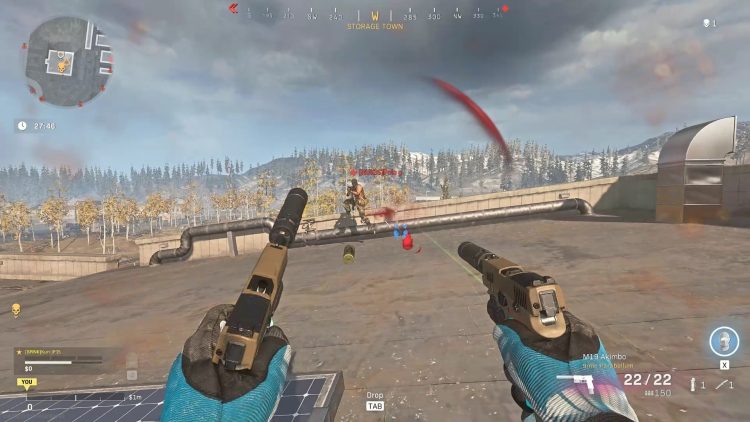 The Lightweight Trigger is a top-tier attachment on any pistol build. It improves the fire rate of this M19 akimbo loadout while avoiding any noticeable drawbacks. Technically, it provides a penalty to aiming stability, but this is negated by the fact that this build can only hip-fire.

The ace in the hole of the M19 is that it supports some incredible magazine sizes for a handgun. The 32 round magazine is the biggest magazine attachment available on any pistol in Warzone. Given how spam-heavy this M19 akimbo loadout can be in Warzone this is a perfect fit.