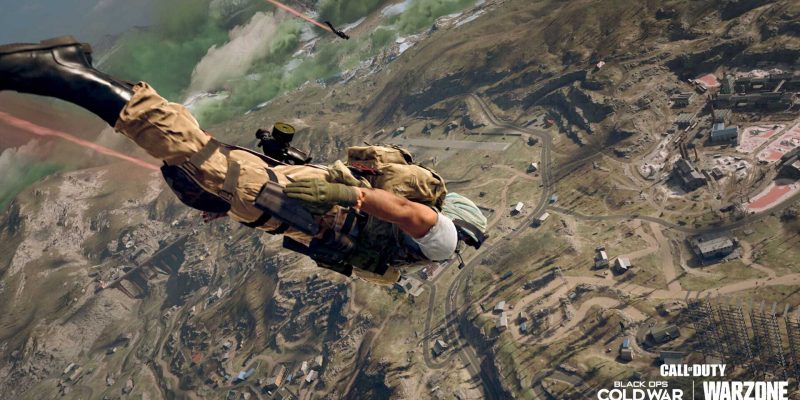 Call of Duty: Warzone Season Four includes the mysterious Red Door travel system, new weapons for you to take to the battlefield, and more. Unfortunately, developer Raven Software has not managed shake off those pesky bugs around Verdansk ’84 just yet. Already, there have been many bugs and glitches caused by the vehicles in Warzone. So much so that they have been disabled in the past. Now, a Warzone player has found a way to teleport to another area of the map via a vehicle bug of some kind.

A clip of the Warzone bug that caused the player to teleport was posted on Reddit. As you can see, the player was in a game of Warzone quads. The player managed to eliminate a player and was then spotted by an enemy truck. The truck then turned towards the player who struggled to make an escape through a window. As the player got downed, they appeared to teleport to another part of the map during the animation. They were moved into the gas and quite far out of the safe zone. Therefore, they had no chance of survival and ended up getting eliminated.

It is unknown what caused the bug to happen in the first place. Perhaps, it could be due to the player being pushed up against a wall as the truck made contact with them. There is no doubt that this bug is problematic and will ruin matches if it becomes more common. This is especially true in  end-game situations where it could become even more costly.

Try not to get teleported in your Warzone matches

At the time of writing, Raven Software has yet to provide a response to the Warzone teleportation bug. You can keep track of the bugs and glitches that the developers are working on by visiting the Warzone Trello Board.

Found a bug that sends you to Narnia from CODWarzone