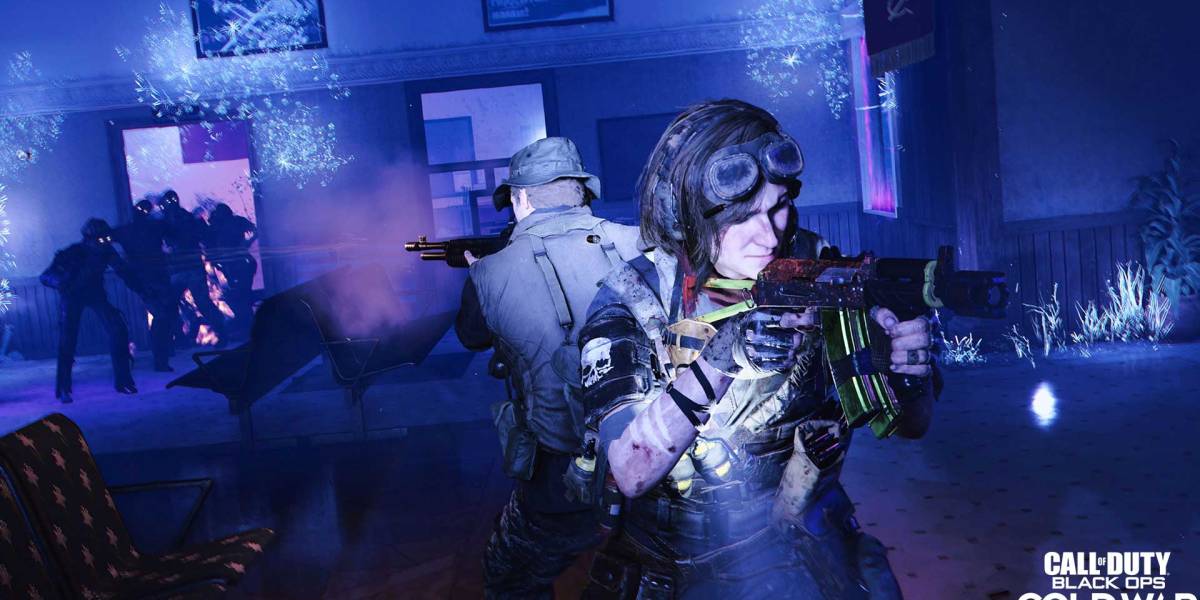 The release of the highly anticipated Season Two for Call of Duty: Black Ops Cold War is just around the corner. This will introduce a lot of new content across all game modes. If you do not own a copy of Call of Duty: Black Ops Cold War, there will be a free access week. During that period, players will be able to try out the new Outbreak game mode, as well as multiplayer. Speaking of zombies, another clue has emerged about what players could expect to see in Warzone Season Two. So far, we know that there will be new Warzone game modes, new weapons and a mysterious cargo ship. According to some new calling card challenges, it appears that zombies will arrive in Warzone too.

Some new calling cards have appeared amid other preparations for the new season’s debut. On Twitter, BattleRoyaleCoD shared an image of a new challenge. This particular of the challenge requires you to eliminate eight zombies before the first circle closes in Warzone. In addition, another two Warzone calling cards challenge ask players to rapidly kill two or more zombies two times and use shotguns to eliminate eight zombies.

Zombies have featured in Warzone before

This would not be the first time zombies have appeared in Warzone. A Halloween event featured zombies at the center of the game mode in October 2020. It is not known if they will return as a part of another limited time mode, or if they will be integrated in another way. Perhaps zombies could permanently make themselves at home in Verdansk. In Call of Duty: Black Ops 4’s battle royale, zombies were scattered around the map.

Players will not have to wait long to find out how zombies will be integrated into Call of Duty: Warzone. As zombies are a popular feature in the Call of Duty franchise, there is no doubt that they will be welcomed into the battle royale.