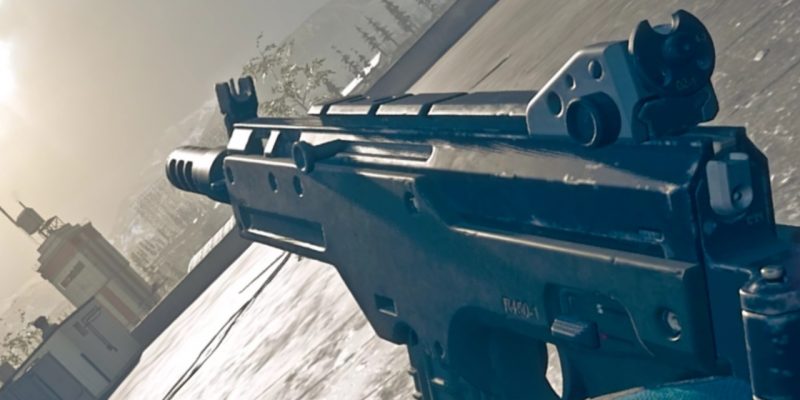 After months of pain and misery, the Season 3 update has finally brought an end to Warzone‘s worst-ever meta. Going forward, both the AUG and FFAR are no longer top-tier choices. That means that your loadouts are going to have to be updated to feature the new best guns in Warzone Season 3.

The return of gun variety and competitive time to kills across multiple weapons is sure to bring the fun back to Warzone. My testing and observations of the new meta suggest that it may be exactly what the battle royale’s playerbase has been waiting for all of this time. Here are the four best guns to use for Call of Duty: Warzone Season 3.

Ever since it was introduced as part of the Cold War integration, the AK-47 has been a decent gun. However, it was previously held back by its terrible recoil spray pattern. There was simply too much horizontal bounce to land shots at longer ranges. Given that Warzone is primarily a game of long-range engagements, that was enough to take it out of contention.

Thankfully as part of the Season 3 patch, the AK-47 has received a complete rework to its recoil. The new AK-47 has a far more predictable, vertical recoil spray pattern that is relatively easy to control. As a plus, it retains the same fantastic damage profile that it already had. It does still kick vertically a little more than your typical rifle, but it’s not so extreme that it makes the gun unusable. This vertical recoil results in the AK-47 being better at medium range, but a skilled player should be able to use it at long range too. Be sure to run some kind of optic, as its iron sights are some of the worst in Warzone.

It is worth knowing that the AK-47 has a somewhat slow fire rate. This makes it difficult to use up close, so it is best to use an Overkill class with a secondary switch that compliments it. Be sure to pick up Ghost later on in the game though, as staying off the radar is essential late game.

It shouldn’t come as much of a surprise that the one gun that managed to compete against the AUG and M16 last season remains top tier. Although Raven acknowledged the AMAX’s strength in Warzone’s Season 3 patch notes, it was not nerfed. The result of that is that this is probably the best assault rifle in Warzone Season 3.

The AMAX isn’t strong for a particular reason, but rather so because it hardly has any cons. Despite being loaded with heavy 7.52mm rounds, its recoil is surprisingly manageable. Also, thanks to its high caliber ammunition, it outputs some of the best DPS of any rifle. Furthermore, as a Modern Warfare gun, it gets access to some great MW exclusive attachments. Among these is the VLK Rogue 3.0x optic. This is arguably the best optic available in Warzone, because it provides clear sightlines and reduces vertical recoil when equipped.

If there is one con to using the CR-56 AMAX, it’s probably its limited magazine size. Most of its competing rifles can equip a 60 round magazine or something similar. Unfortunately, the AMAX is capped at just 45 rounds making it more difficult to use in trios and quads.

Despite its dominance in Cold War‘s ranked mode, the LC10 hasn’t seen too much action in Warzone. This was less because it was a bad gun and more because the FFAR made it redundant. Now that the Season 3 nerfs have come into play it may very well be one of the best guns in Warzone.

What makes the LC10 good is that it has some impressive range for a submachine gun. This makes it more versatile than your typical SMG, as it is capable of outgunning certain rifles at medium range. A gun that has SMG handling characterizes with an effective range of up to 25 meters is great for Warzone. Its high mobility and great handling make repositioning and taking fights aggressively easy enough. Its impressive range makes it harder for enemies to position themselves in an area where you can’t retaliate. The LC10 provides the best of both worlds.

There isn’t a true weakness to the LC10, as it’s extremely well-rounded. However, it is a high-skill, high-reward kind of gun. It only excels when hitting both upper chest shots and headshots, making it a weaker choice for less mechanically-skilled players. For those less confident in their aim, the Mac-10 or the Bullfrog may be better choices.

Warzone has gained a lot of snipers since its inception, with Season 3 itself introducing the new Swiss K31. Yet whenever it’s time to put together a sniper tier list or consider what the best option is, the Kar98k always ends up on top. This remains true in Season 3.

With it being a designated marksman rifle, the Kar98k has superior handling to any of the heavier sniper rifles. This is amazing for aggressive sniping, as it’s possible to aim and line up shots faster than any other sniper. This fast aim down sights time also makes it the best choice for getting off peak shots to pressure opponents without being punished. It may not have the optic magnification of the AX-50 or the bullet velocity of the HDR, but this is Call of Duty. We aren’t playing Battlefield where you can take things slow and pick enemies off one at a time. Even Warzone is fast-paced by battle royale standards, so higher mobility weapons tend to be the best options.

Other snipers are viable for sure. However, if you don’t need the convenience offered by some of its competitors, the Kar98k is still the best long-range gun in Warzone Season 3. Truth be told, unless it gets a nerf in the future this isn’t looking like it will change anytime soon.

Insurmountable review — The hill of judgment is still left to climb