Call of Duty: Warzone Season Two is nearing the end. However, that has not stopped a meta shift from happening. Recently, some of the most popular weapons such as the AUG and FFAR 1 were hit with nerfs. As a result, there have been players searching for new weapons to try out in the lead-up to Warzone Season Three. Since the integration between Black Ops Cold War and Warzone, a few new weapons introduced to the battle royale have caught players’ eyes. However, it is still worth considering some of the Modern Warfare weapons such as the SP-R208 marksman rifle. With the best attachments, the SP-R208 is deadly in Warzone.

First of all, the Monolithic Suppressor is an essential attachment. It will provide you with sound suppression, meaning you can move around the map with your shots remaining undetected. At the same time, you will gain a boost to your damage range. Next, the SP-R 26” Barrel adds various benefits to your marksman rifle. This includes increased damage range, bullet velocity, and recoil control. Pairing this with the .338 Lapua Mag 5-R Mags attachment will further improve some of these qualities, meaning you will be able to accurately make shots at long range. 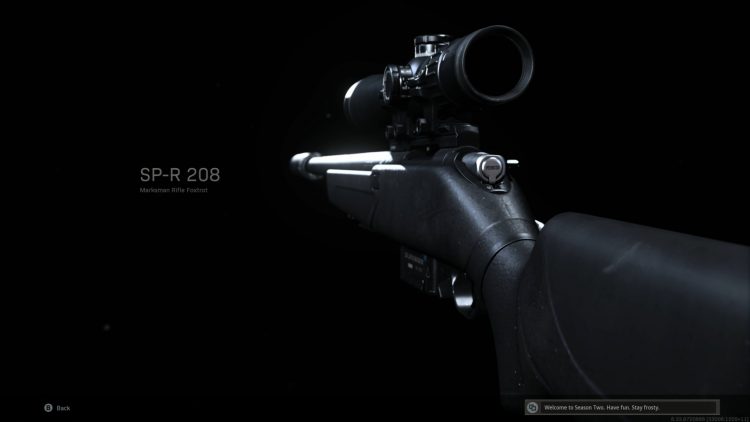 In terms of the Bolt Assembly, the Sloan KR-600 Feather will increase your rechamber speed. Finally, the Variable Zoom Scope will offer different magnification levels. This is particularly important, as it will assist you with making shots at various ranges.

The SP-R208 is a gun best suited for long range Warzone fights. Having a weapon to take on short-range encounters will ensure your loadout is versatile. Viable options include shotguns and submachine guns. For more help with Call of Duty: Warzone, check out or guides and features hub.