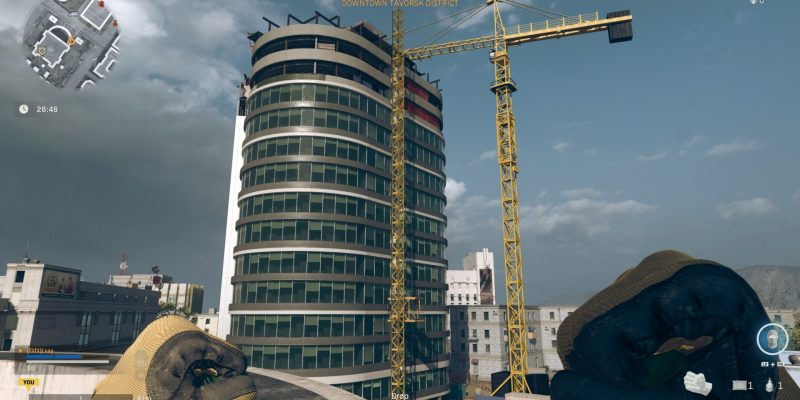 Call of Duty: Warzone Season Three introduced the Verdansk ’84 map following the highly-anticipated nuke event. This added some new points of interest to the game, while changing some of the existing areas to fit the 1980’s theme. One of the tallest buildings in Warzone, which is known as the SKN Broadcast Building, has remained in Downtown. Ever since the game released, campers have made the building their home, and the release of Season Three has only made this issue more prevalent. The Verdansk ’84 map changed the top of this building. As a result, there are now two main floors near the roof for players to camp at.

Thankfully, a Warzone player has discovered a way to get to the top of the building, while avoiding some key spots that players use to hide. The YouTuber Thats_Frosty demonstrates how to do this in a short video. To do the trick, you will have to take the zipline that is inside the building. Go to the southwest side and you can use some barrels situated on the edge to maneuver along the ledge. You can then utilize the beams to get to the top. Some of the jumps may prove to be quite difficult, however, you should be able to master the trick with a bit of practice.

This trick is useful since it allows you to avoid the staircase and the zipline outside of the building. These are areas campers tend to watch. Using this trick to make your way to the top of the SKN Broadcast Building in Downtown Warzone is definitely useful. In addition, many players situated up there will not expect you to be on top of the building with them. This opens up the opportunity for you to get some easy kills and deal with campers. It will be interesting to see if more unique jump spots are discovered in Verdansk ’84.