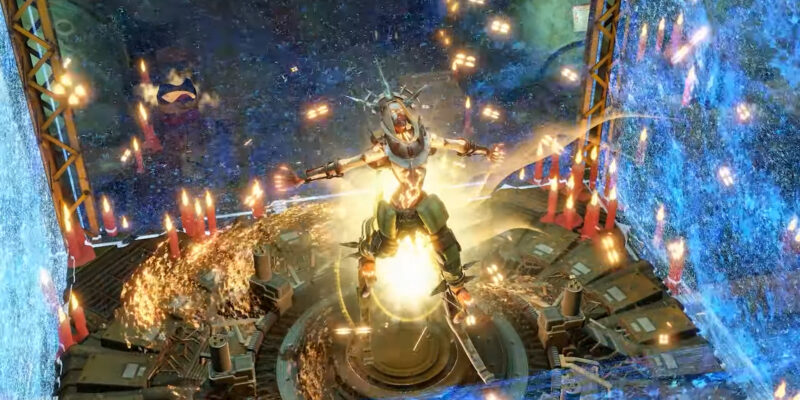 The release date was announced during the Xbox show at gamescom 2021, along with a new teaser trailer. Along with the teaser, inXile Entertainment also revealed that Wasteland 3: Colorado Collection will be available on October 5. This bundle includes the base game, as well as the Battle for Steeltown and Cult of the Holy Detonation DLCs. It also contains some bonus items called the Colorado Survival Gear.

The insane narrator of the trailer put it perfectly, the Cult of the Holy Detonation has “devolved” into gruesome and thoroughly misguided monstrosities. I think he meant it as a compliment, but let’s be honest, the nuclear waste has fried his brain.

The cult is looking to share the bright and warm embrace of a nuclear bomb with everyone, including you and your Rangers. So, it’s up to you to venture into the depths of Cheyenne Mountain and stop another maniac from killing people.

The trailer promises hordes of challenging new enemies and encounters, and the YouTube description says some of the objective-based encounters will offer a creative spin. Getting creative with nuclear waste. That should be interesting. Thankfully, you’ll be equipped with powerful new weapons and armor to help you get the job done.

The complex under Cheyenne Mountain is a military bunker, so you’ll be up against some well-equipped mutants and machines. It’s going to take an expert assault to breach the facility, shut down the reactors, and prevent the most unwelcome Holy Detonation. Try to squish as many mutated monsters as you can along the way. Those little crawling things look disgusting.

You can find out more about Wasteland 3: Cult of the Holy Detonation on the developer’s website.

Humble Games coming to Xbox Game Pass on day one