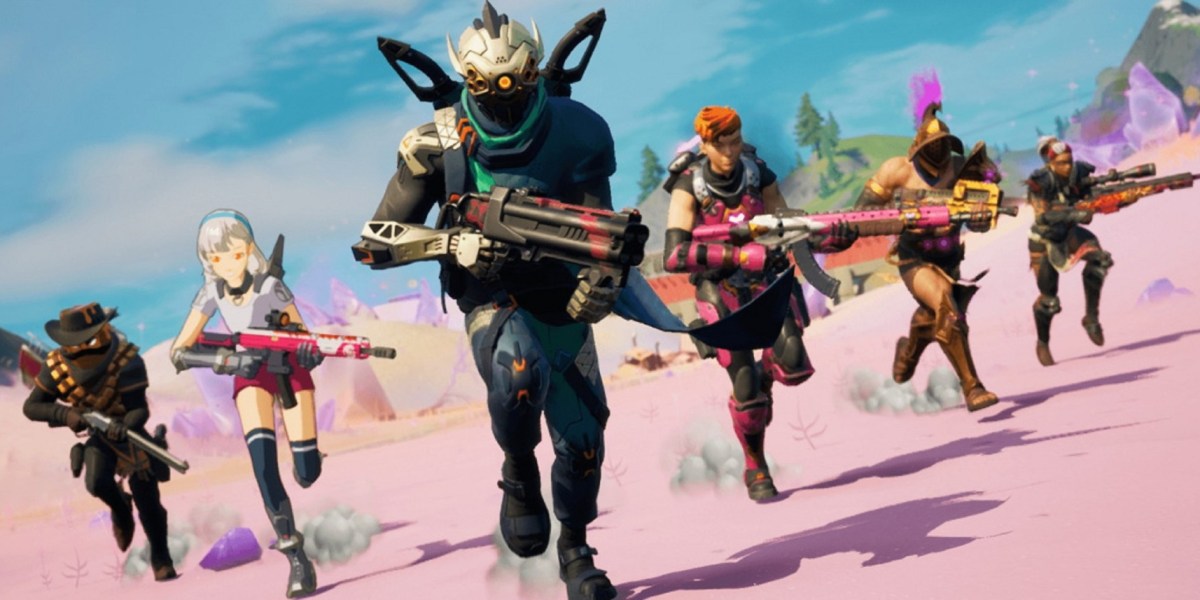 Fortnite Season 5 has brought a huge amount of new content to the battle royale, including new map locations, bounties, and more. However, if you have played previous seasons of Fortnite, you may be familiar with exotic weapons. The exotic weapons have returned in Fortnite Season 5, and they let you deal an extremely high amount of damage. To obtain these powerful weapons, all you have to do is visit the various boss characters. In Season 5 you do not always have to fight the NPC unless they are hostile. The majority of them just want 1,225 of your gold bars. Exotic weapons are highly sought after, so you may encounter some enemies trying to get their hands on one.

The exotic weapons all have a different purpose and suit every play style. Perhaps, the most difficult weapon to acquire is the Mandalorian’s Amban Rifle. It is located on the east side of the Zero Point desert. As the Mandalorian is hostile, he can spot you from long distances, so come prepared to fight. Once he is defeated, you will earn the Amban Rifle which is a thermal sniper rifle. In addition, he will drop an exotic jetpack, allowing you to use it in short bursts.

Another sniper rifle you can acquire is the Boom Sniper Rifle, with the NPC located at the northeast of Stealthy Stronghold. Once you spot the NPC Splode near the island shack, you can go over and interact with him to purchase it. The sniper rifle does 10 damage on a hit, but then explodes to deal another 60 damage.

Next, the Shadow Tracker silenced pistol has a unique ability. You can purchase it from the Reese NPC at the east warehouse at Dirty Docks. It is a silenced pistol which also tags your enemies, allowing you to track their movements for approximately ten seconds. Moreover, you can get your hands on the nighthawk thermal scoped pistol from Mancake at the Butter Barn, near the south end of the Zero Point desert. It has the ability to deal 44 damage with each hit. 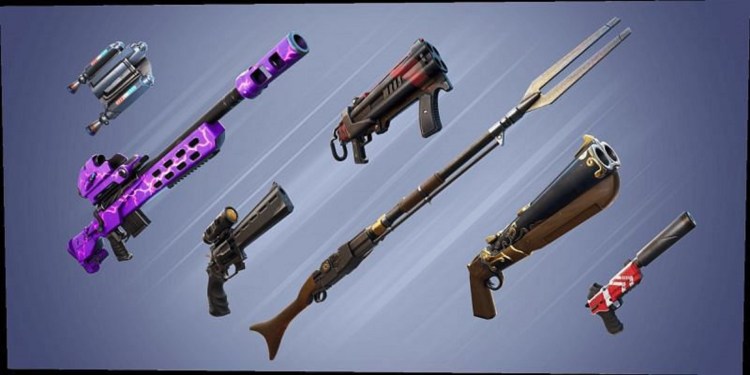 If you are a fan of shotguns, The Dub may be the weapon for you. The NPC (Dummy) with this weapon can be found at either the junkyard close to Dirty Docks, or to the Southeast of Stealthy Stronghold. The double-barreled shotgun will launch you back as you shoot which can put you at an advantage. In addition, the Dragon’s Breath is a 4 barrel shotgun with the ability to ignite both enemy players and their structures on fire. This versatile weapon may prove game changing if the enemy is using their builds to their advantage.

The final Fortnite exotic weapon is the Storm Scout Rifle which has featured in the game previously. The gun can be purchased with gold bars from Lexa at Hunter’s Haven, and it allows you to see where the next storm circle will be.

Fight the enemies with your favorite exotic weapon

For more tips and tricks in Fortnite Chapter 2 Season 5, check out our guides and features hub. It includes topics like walkthroughs on hidden secrets, detailed explanations on new gameplay mechanics like Quests and Bounties, and weekly challenges in Fortnite. 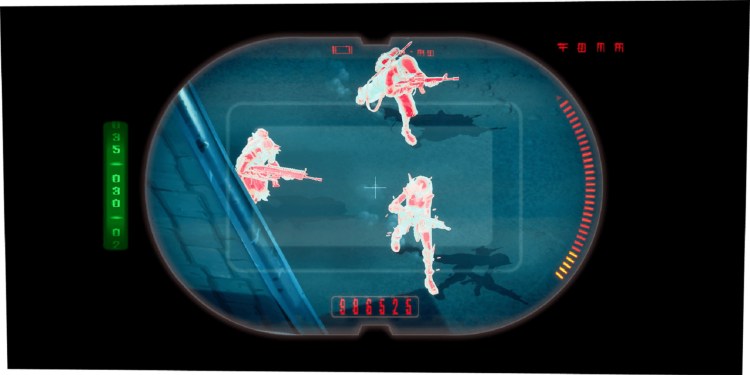