Fans of sea-based combat don’t have to look far on Steam’s Early Access to have one title in particular jump out at them. Windward is a Pirates! inspired, cooperative game which has received glowing praise from players so far. It combines the MMO model of team-based combat with hooning about in a boat around a colourful, Caribbean-like procedurally generated map.

With just a couple of months to go until release, I was able to get hold of the lone-developer, Michael Lyashenko, to have a chat about it. The interview transcript follows, and a full audio version can be streamed or downloaded from the bottom of the page. 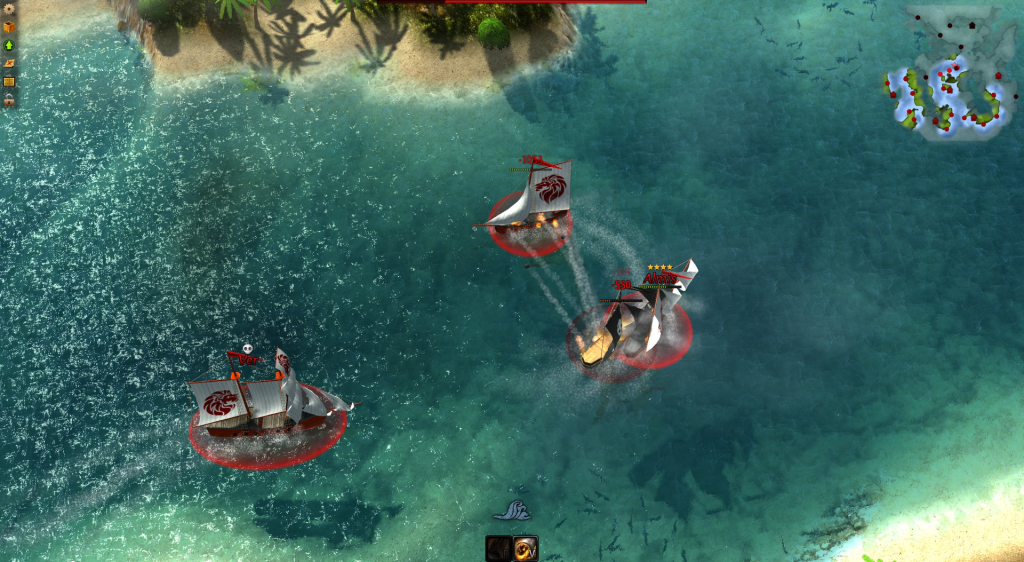 PCI: There’s quite an interesting story about how you started work on this game, could you tell us about that?

Michael Lyashenko: It actually started back in 2012 at GDC. I’d just attended one of the talks where Sid Meier talked about how developers copy other developers. Just for the fun of it, I walked up to him and asked if he’d mind if I created a game that was inspired by his Pirates! game, and he was like, ‘Yeah, that’s totally cool. Go for it!’

I wouldn’t say the game has been in development since then though, because back in 2012 I had just created a prototype for it, but then I ended up scrapping the prototype later that year. I only restarted game development on this game last year back in August. Everything was scrapped except the models.

I didn’t like where the game’s original direction was going, it was too arena oriented. It had about nine pre-generated maps which I had created. It was very arena based; players would hop into the same map and play together, that was pretty much it. There was no procedural generation which I really wanted in the game, so the replayability was quite low at the time and I didn’t like that.

PCI: What gameplay elements did you focus on in Windward?

ML: I definitely wanted to have co-op because quick frankly there are very few cooperative games out there right now for players to enjoy with their friends. I wanted that to be the main focus; to have a game that offers a very solid cooperative experience. Procedural generation as well, that’s a big one.

If you have a static world, like in Sid Meier’s Pirates! game, you won’t be inclined to play the game more than once. Once you explore the entire Caribbean region you know what’s there and what to expect and the game’s not that fun anymore. However, with procedural generation you never know what’s around the corner. 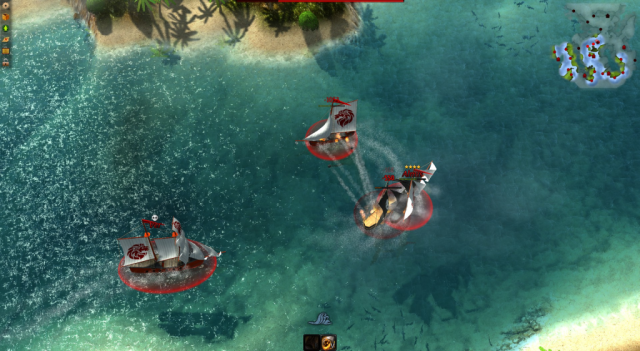 PCI: How does the game differ significantly from Sid Meier’s Pirates! ?

ML: There’s the procedural generation and the multiplayer… and there’s a fairly expansive talent tree that players can use to specialise their ship. So it’s not just about the random equipment that you find, you can customise your ship further following the standard RPG-like careers: you got your tank, you got your damage-dealer and you got your healer.

You pretty much have at least a solid team of all three for the heroic instances later on. For the endgame content, you have to have a solid team, otherwise you’re going to have a bad time later on.

Different specialisations also have different auras which augment the team. For example, a defensive ship of the line can boost the health of a corvette, which is a very light ship, to the point where that lighter ship has more than double the hit points than it normally would.

PCI: You’ve had a very positive reception for the game on Steam’s Early Access, why do you think that is?

ML: I think the reason it’s been so successful so far is that I interact directly with my players. I mean, I tell them that they’re free to add me on the steam and I talk to them directly. If they have suggestions they post in the forums and I respond to them and often implement their suggestions within a 24-hour period.

I’d say that half the changes within Windward over the past couple of months have been direct contributions from players in terms of suggestions.

For example, at first in the game all skills were on separate cool-down timers. So the players would always end up using all of them in rapid succession during fights. One of the players suggested that it might be a good idea to put them in groups instead, so players would have to decide which skill to use. Whether it’s to use an area-effect debuff or area-effect damage.

I thought, ‘yeah, this actually makes a lot of sense.’ I tried it out and it really felt just so right. The change went live roughly six hours after it was suggested. It plays a particularly important role when playing a support ship. 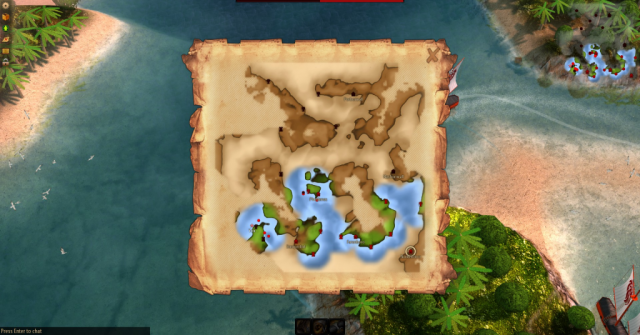 PCI: The game is pretty relaxing to play, was that deliberate?

ML: Pretty much. I did enjoy that part of Sid Meier’s Pirates! as well; just sailing around and enjoying the atmosphere.

If players just want to relax after a long day of working in summer, they come home and just want to kick back with a beer or something, they can just go ahead and play Windward and do trading, questing, exploring. Of course, the players that do want to fight can find action all the time just by hopping into an instance.

ML: For the longer term, I’d say that the fact that I exposed all the game’s source code is going to make the game very attractive to modders. They can just pick up the game, see exactly how I did everything, and create their own modifications. Creating a quest literally takes like five minutes.

There’s a modded server active already right now that another player has been running. I can’t say if there’s been a lot of interest in players actually using that server or not, but he’s certainly had a lot of fun adding his content to it. He’s accomplished quite a bit.

PCI: What’s the toughest moment you’ve had in development?

There’s so many problems with that it’s ridiculous. Once you create anything with cloth in it in the world, you can never destroy it or disable it or anything else. If you try to do that, you get an error and there’s about a 10% chance the game will crash. That’s just one of the problems.

There’s a lot of issues with that. 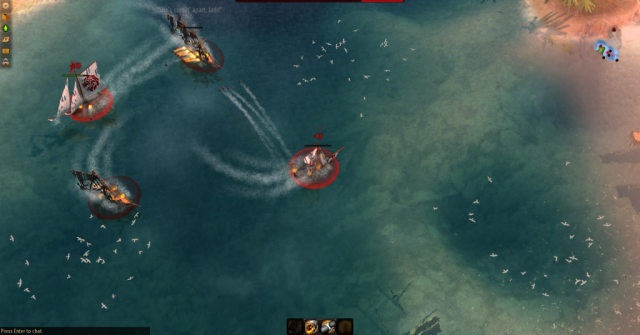 PCI: When do you reckon it’ll be completed?

ML: Lately the response has been that the game is too good for Early Access, so I expect it to be out within a couple of months.

I actually wish I’d spent a little bit more time polishing the game before making it live on that, because when I opened it up quite a lot of players tried it, but it was pretty unbearable compared to what it is now. A lot of people tried it and said, ‘well, it’s pretty interesting but…’ and they’re far less likely to come back a couple of months later.

PCI: What plans do you have to make games going forward?

ML: I’m most likely going to be working on a space-based game after this one. Something that’s probably going to take a few years of my time. It’s a unique concept, you’ll be playing as an artificial intelligence – but it’s too early to say any more about it just yet.

Windward has recently been given a concrete release date and is scheduled to leave Early Access on 12 May.

Indie Will Fight For Food Will Also Let You Solve Problems

By Andrew Farrell11 hours ago
Interviews