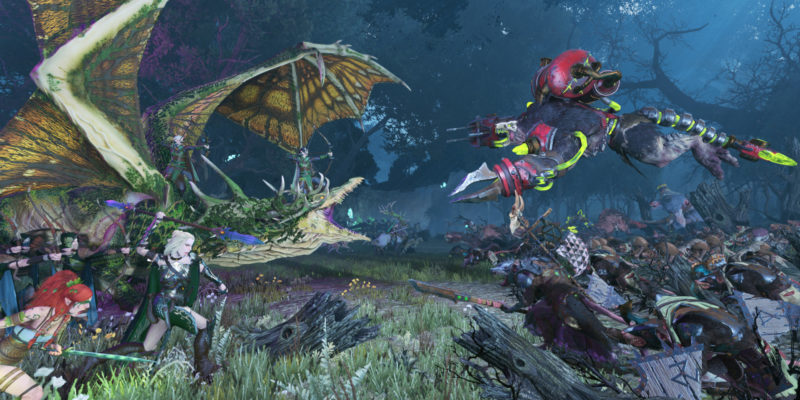 The Root of Chaos (Sisters of Twilight)

You can unlock The Root of Chaos final battle for the Sisters of Twilight after completing two Rituals of Rebirth. I suggest doing these for the Witchwood and Oreon’s Camp.

The final battle still takes place in the Witchwood. The difference here is that Ariel and co. are the ones defending the area. Now, the goal is to keep Ariel at the very center of the hilltop since this is where she can conduct her ritual. You’ll also notice a timer ticking down denoting how long she has to survive.

The thing is, Throt the Unclean and Clan Moulder will swarm you from multiple sides. While the main army (with several Hell Pit Abominations, Mutant Rat Ogres, and Ghoritch) strikes towards the center, the squads at the flanks tend to be weaker. The flanking squads mostly have Skavenslaves, a Rat Ogre, and maybe a Packmaster. 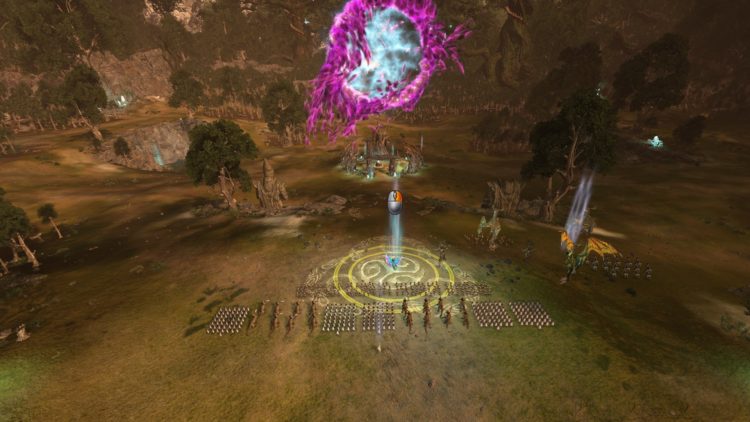 Given this knowledge, you could prepare your forces, especially your staunch line of spears. Split up your army accordingly so that the center and the flanks are covered. In my case, I already had some high-tier units like Forest Dragons and Treemen.

I sent the Sisters of Twilight (on top of Ceithin-Har) and the two Forest Dragons to pester the main army. Let’s just say several of Throt’s monstrosities got scorched. 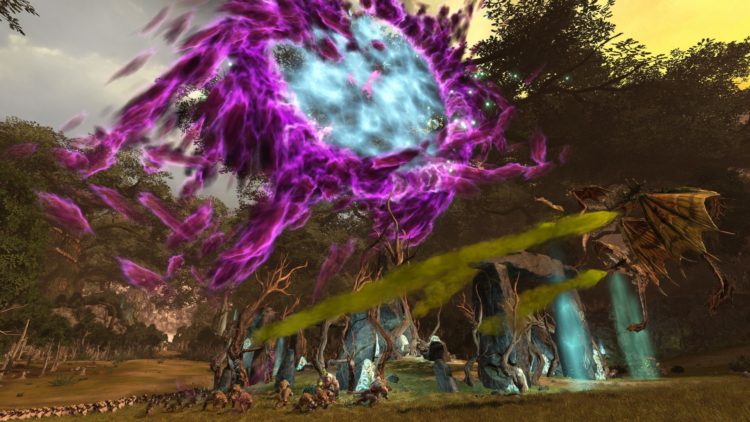 As for the flanks, I had a Treeman and a unit of Zoats meet my opponent’s advance. When my Glade Guard had hostiles on their sights, they cleaned house.

The only problem I had was the right flank since Throt and a couple of his monsters split from the main group. But, that bought me some time since it took them forever to eliminate one of the Treemen. 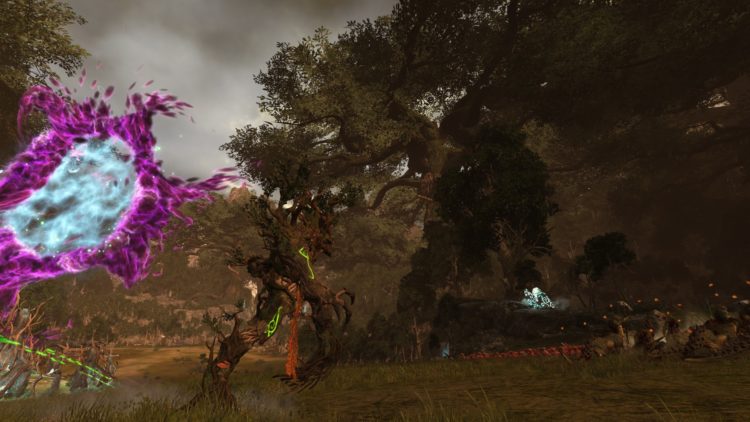 As for Ariel, she’s just chilling in the middle of it all while completing her ritual. I made sure that my units were well within the range of her healing and support spells/abilities (i.e., Apotheosis, Berry Wine, and Shield of Thorns).

Likewise, I had a Spellsinger (Lore of Life) to help keep my units in fighting condition while they played defense. I mostly used an overcast Earth Blood since Ariel’s Berry Wine was being used on the more expensive units like Forest Dragons and Treemen. 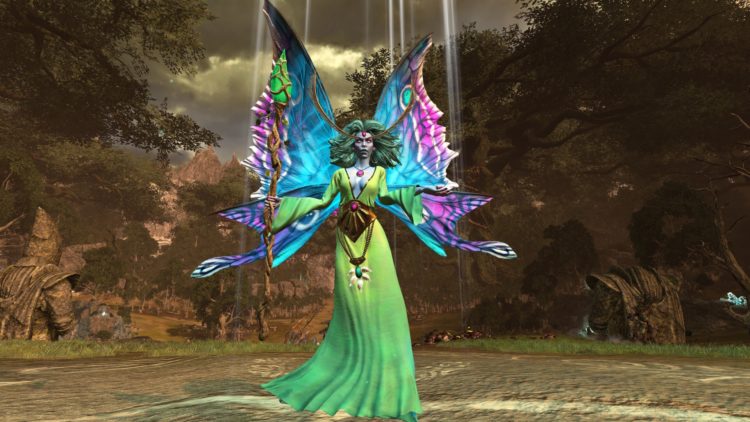 As for offensive spells (and if I had the Winds of Magic to spare), I’d combo with two Dweller’s Below (overcast) and Ariel’s Acorns of the Oak of Ages ability. These brought the Skaven advance to a standstill.

My only issue here was that routing units sometimes got past my Eternal Guard which meant I had to chase them down eventually. 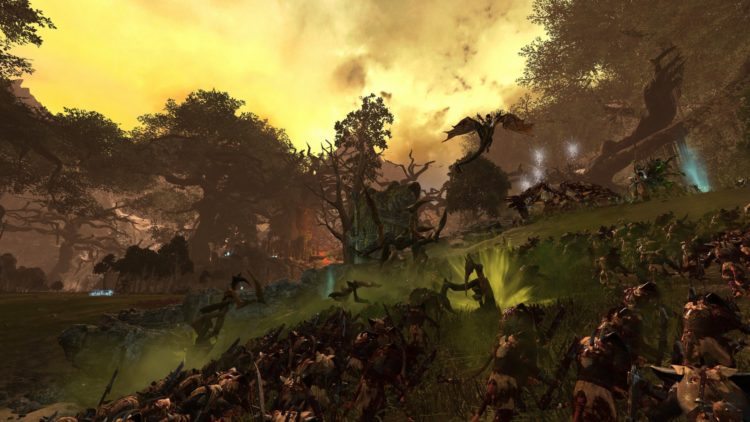 After around four minutes of non-stop fighting, Throt’s Skaven forces were wavering. Then, I got a notification showing that Drycha was arriving with an enemy force. Looks like the maddened dryad wants to fight the Wood Elves, too. I was definitely worried.

Then, to my surprise, she changed her mind when she and Ariel had a dialogue. Her fresh forces took out the stragglers from Throt’s army. 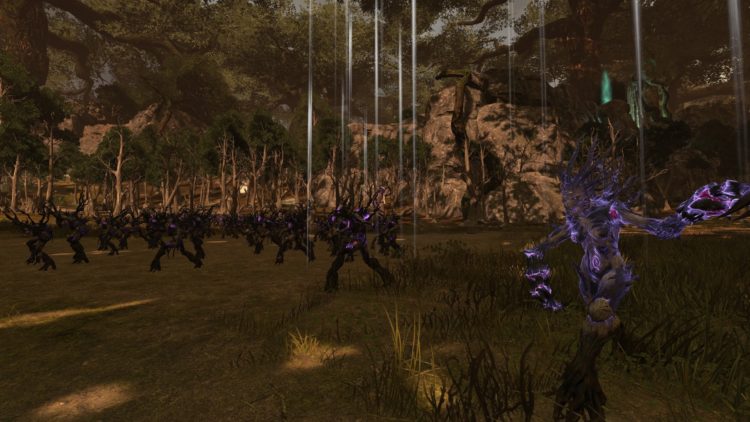 While this was going on, a Chaos force with several Forsaken, Chaos Spawns, and Chaos Warhounds entered the fray. They were even led by a warlord on a dragon.

I hurriedly swung my staunch line of spears to my right flank to meet the charge. Funnily enough, my Glade Guard sniped the Chaos leader before he even got within striking distance. 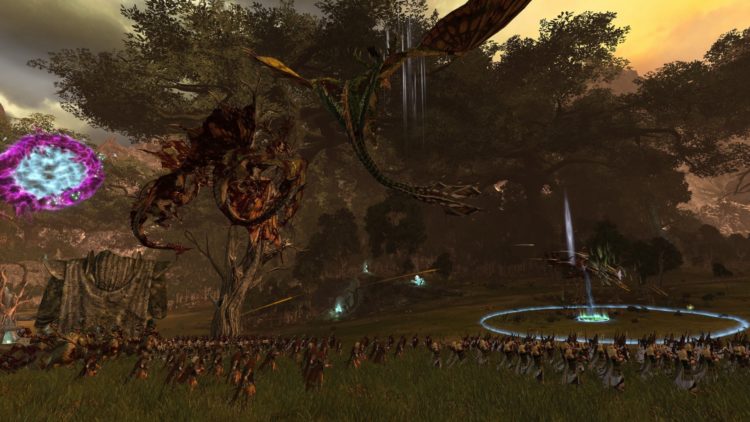 After this, it was just a matter of waiting until the last Chaos legions collapsed. It’s really an epic fight, and definitely more challenging than what I experienced when I played as Throt the Unclean.

In any case, watch and enjoy the cinematic. If you haven’t done it yet, go ahead and wipe out Clan Moulder’s faction. This will give the Sisters of Twilight the victory in your Total War: Warhammer II campaign. 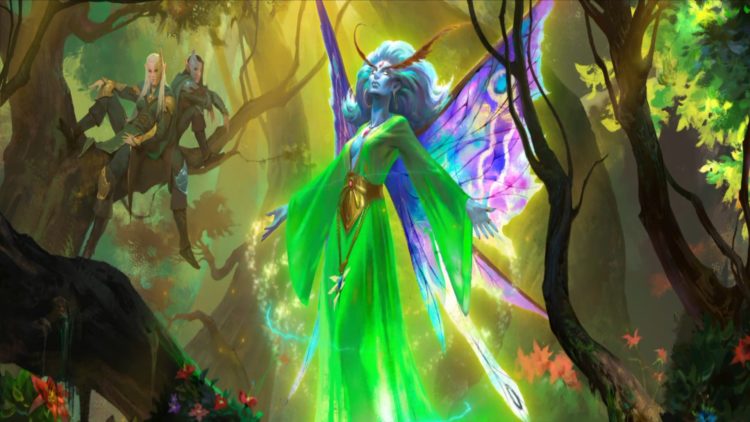