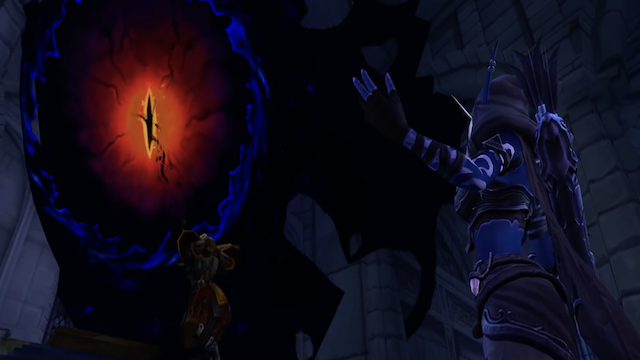 The story of the Battle of Azeroth in World of Warcraft has enchanted gamers for some time. But now it’s time for the arc to come to a close with Visions of N’Zoth.

Blizzard has announced that the latest chapter of the exciting saga is now officially live, with the final content update awaiting those ready to tackle it. And, yes, that includes an all-new raid set. You can see its debut trailer below.

What awaits in the Visions of N’Zoth expansion?

With this latest expansion, players can now experience the new raid set, which takes place in N’Zoth’s domain of Ny’alotha. In addition, there are a number of new Assaults upon Uldum to take on, as well as the Vale of Eternal Blossoms. Players will also find new Horrific Visions of Azeroth’s future, along with quality-of-life changes and new Allied Races.

The World of Warcraft blog page breaks it down even further, and it also provides a detailed Survival Guide to give players an idea of what’s included. You’ll be able to find two new Allied Races, including the fox-like vulpera (Horde) and the crafty mechagnomes (Alliance). You’ll also discover a slew of Corruption-tainted weapons and gear to add to your collection, along with a new legendary cloak. You can actually craft and upgrade this however you please.

And if it’s the Raid you’re looking into, Blizzard has you covered. You’ll make your way to Ny’alotha, the Waking City. Here, you’ll find N’Zoth’s dark army dwelling within its halls. It will be up to you and your Champions of the Horde and Alliance to finish them off once and for all.

The Visions of N’Zoth expansion’s official trailer is above, and you can jump into the World of Warcraft now via Battle.net. If you need to get caught up on all its content, you can find it here.