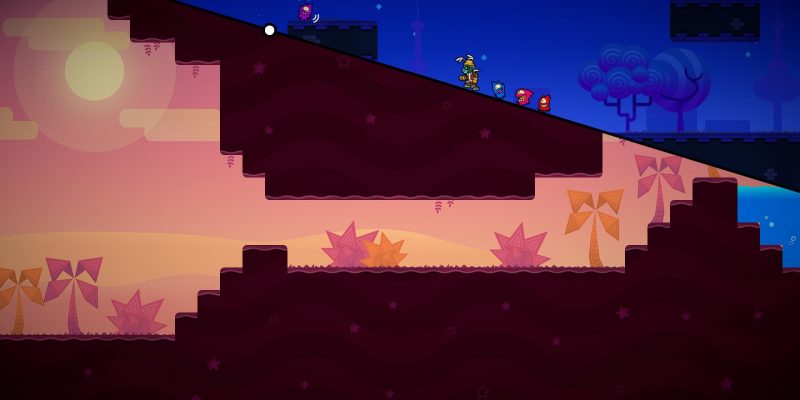 A game having two worlds isn’t exactly a new concept. Swapping between layers to accomplish an act is a tried and true concept that has served the puzzle genre well. World Splitter is an upcoming puzzler that takes the concept more literally than most. I got to take an early peek at what the title has in store for players, and I can definitely say that fans of puzzle games will have their work cut out for them.

World Splitter opens with an animated sequence that reveals the game’s hero chasing small, multi-colored critters. I’m not entirely sure what’s happening or why, but he needs those critters for something, that’s for sure. The game will have six worlds, each with a handful of levels that need to be completed before moving forward. The goal is simple — to find all of the critters and then exit the level via the right side of the screen. Each level has awards that are doled out based on time and how many degrees of rotation you use to solve it. That second thing is going to take some explanation, huh?

As I stated, each level in World Splitter has two versions. The main character can move around and jump, but that’s only half the battle. A line is manipulated that divides the world between the two versions of the level. The line can be moved freely, as well as rotated. It’s a bit difficult to explain without an example or two. For instance, say you want to reach higher ground, but can’t. One layer will have no means of doing so. The other might have geometry occupying the same space. Positioning the line underneath the player character and then raising it will result in them remaining in one layer while everything below the line is in another. This can be utilized to lift them upward, as the player decides precisely where one layer begins and another ends. Confused yet? 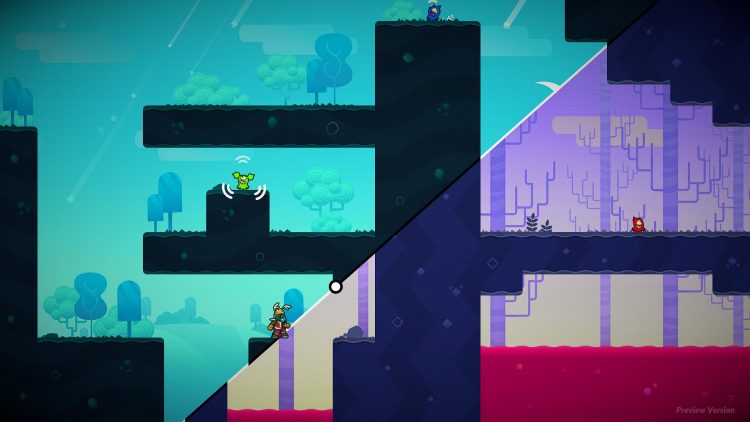 That’s probably not your name, but I need you to put up with it for now, okay? Keeping the above in mind, it’s up to the player to work out how to navigate to the exit by carefully maneuvering the line in World Splitter. But doing so can lead to death. The player character can get crushed if they’re placed into a space with nowhere to go. Some layers have pitfalls, which the character can fall into. Therefore, it pays to be mindful of what exactly changes, lest a tragedy unfold. Each level is populated by critters. But the kicker is that they’re in different layers, meaning that more hopping back and forth is required.

As World Splitter progresses, new elements come into play. Early on in the second world, enemies are introduced. These can be dispatched by manipulating the line to drop them into pits. Fortunately, the player character also obtains the ability to look at the layer they’re not in without risking death, which is a necessary tool. Honestly, the concept and controls can take some getting used to, but this is a sharp game that I’m looking forward to putting more time into. Some of these levels can be a doozy, though. 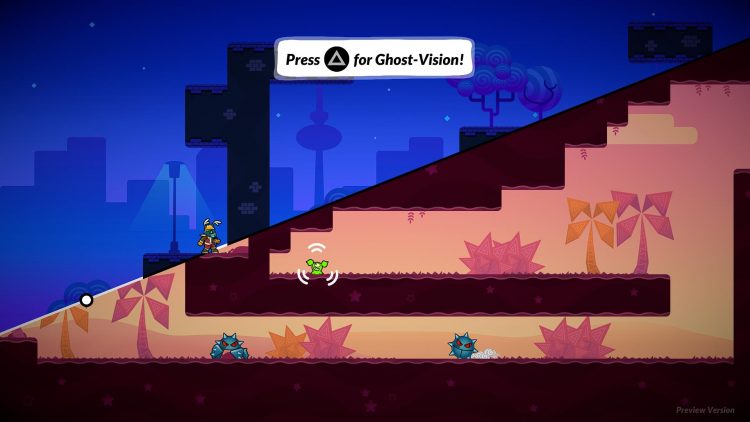