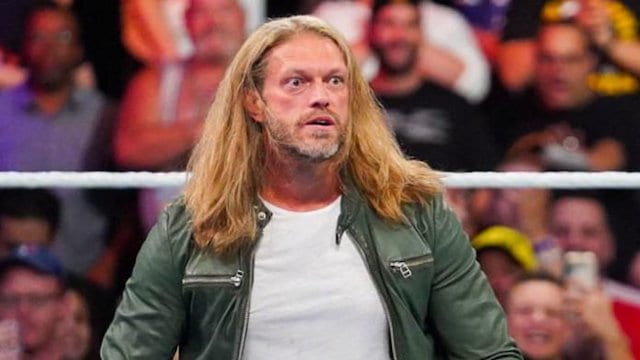 WWE 2K20 just came out for PC and other platforms. But it’s leaving a bad taste in the mouths of some gamers, due to its many glitches and flubs. If that’s not enough, however, there’s a big problem with the game’s Collector’s Edition. 2K Sports promised to ship these special versions of WWE 2K20 with an autographed picture of superstar Adam “Edge” Copeland. But as you can see from the tweets below, fans got the package and found their pictures weren’t autographed at all.

Same here man. Retailer have asked me to send it back and theyll replace. Try that if no luck pic.twitter.com/NYH3zsn6EQ

So what happened with WWE 2K20 this time?

2K Sports hasn’t issued a statement on the matter, nor is there any word if they personally will replace any unsigned pictures missing with WWE 2K20. But Copeland himself decided that he wouldn’t wait and decided to act on the matter.

“Edge” responded on Twitter, “Lame. Seems like it happened to a few other people too. Someone dropped the ball. I’m filming a movie for the next month but when I get home I’ll get a p.o box. Everyone who didn’t get one signed, I’ll follow you on here, give you the address and you can send it to me to sign.”

That’s a good move on Copeland’s part, but it’s a shock that we haven’t heard from the publisher yet. Hopefully they’ll say something soon. It’s just something for consumers to be aware of in case they’re going for the Collector’s Edition of WWE 2K20. It’s not quite the “rated R” package they want.

For those somehow still interested in the game, it does have a well-rounded cast of wrestlers to choose from. This includes Edge, along with classic favorites like Hulk Hogan and the Ultimate Warrior. As expected, the current WWE superstars are present and accounted for as well. These include “The Man” Becky Lynch, Roman Reigns, and others across the Raw, Smackdown, NXT, and 205 Live brands.

Doctor Who: The Edge of Time VR game gets a release date