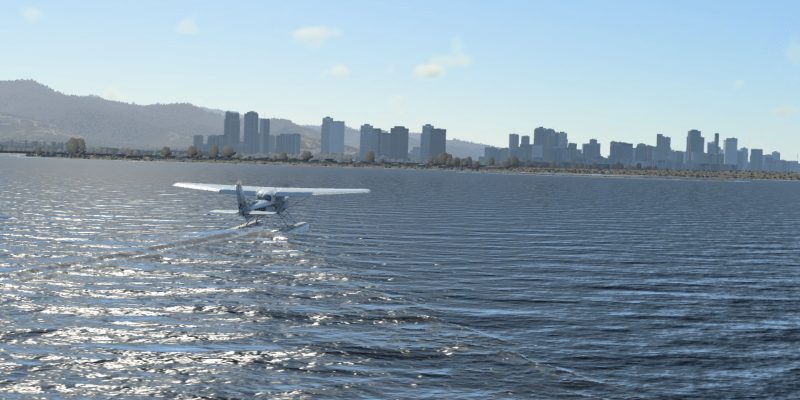 In a single, hotly-anticipated tweet, Laminar Research has confirmed that X-Plane 12 is coming in hot. In aviation terms, X-Plane 12 is pretty much on its “final approach” before landing in the libraries of simmers worldwide as an Early Access release. The new flight sim has been hotly-anticipated for a good while now by the community. After all, its predecessor is a tad over five years old at this point.

Laminar has steadily released more and more details surrounding X-Plane 12 in the lead-up to this first phase of release. It was announced several months ago that it would start its life as an Early Access title. Now, it seems that the wait will soon be over.

The early (metal) bird gets the worm

As described in the tweet, the studio is putting the finishing touches on what it considers to be “a candidate for public Early Access.” Testing will soon be underway, and as long as all lights are green by the end of the testing phase, then X-Plane 12 should be ready to go in a matter of weeks. There’s currently no information for pricing or a roadmap for how long before the sim “fully” releases.

The new flight sim will bring with it a slew of new features, including a revamped weather engine, more detailed graphics and lighting, improved flight dynamics, more intricate physics simulation and more. Overall, it’s seeking to be a notable improvement over X-Plane 11.

Quick X-Plane 12 Update: We’re currently packing up a build that we consider to be a candidate for public Early Access. Testing will likely start tomorrow and give us a better idea of timeline. If this Alpha build is accepted, we will be able open Early Access to everyone! pic.twitter.com/lGKBwPDZoC

Of course, the biggest question is how it will stack up to Asobo’s work on Microsoft Flight Simulator. That sim has only grown since its initial launch in the summer of 2020. In fact, it’ll be getting its most substantial update this November when the 40th Anniversary Edition releases, bringing with it gliders, helicopters and a wealth of other aircraft — all for free. If X-Plane 12 goes into Early Access around the same time, the comparisons are sure to be plentiful.