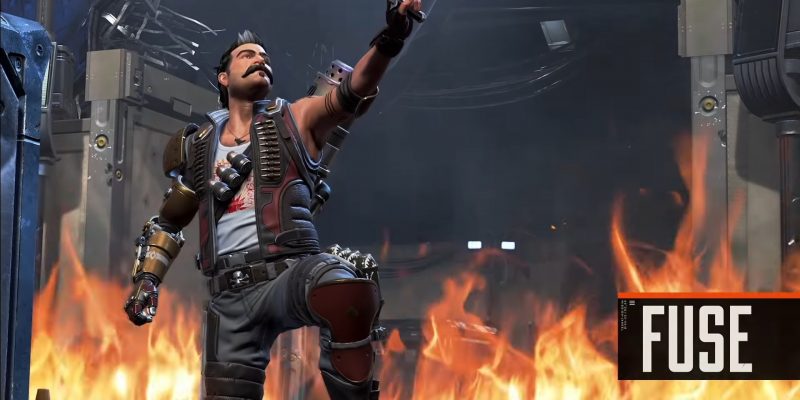 Season 8 of Apex Legends has brought about many new changes to the game. Kings Canyon got a rework, a new lever-action rifle called the 30-30 Repeater has arrived, and there are now gold magazines around the map, just to name a few. The headliner of the new season is definitely the new Legend named Fuse. He’s a former pit fighter with a knack for inciting anarchy, and his abilities reflect his personality quite well. And while his persona is quite something to behold, his abilities and usefulness are what ultimately define him in Apex Legends. This guide breaks down all the technical stats of Fuse’s abilities, discusses his usefulness, and concludes his competitive viability in Apex Legends.

There are plenty of nuances to Fuse that make him much better than he initially seems, so knowing the details is crucial to justify his worth. We will first cover the basics of Fuse’s different abilities. Just like with other Legends, he has a unique Passive, Tactical, and Ultimate ability. After that, we’ll talk about a few of his advantages and disadvantages plus uses cases. Finally, we will conclude with his ranking in the game.