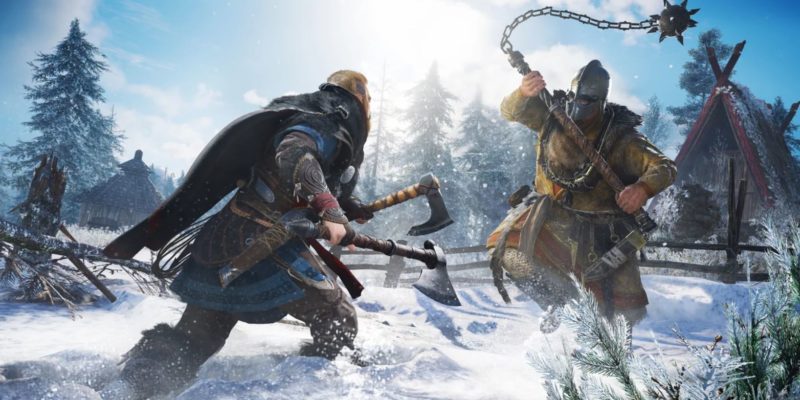 Just ahead of the Ubisoft Forward event, a 30-minute video of Assassin’s Creed Valhalla gameplay has leaked on Reddit. The original videos are no longer available, but other people have reposted the gameplay. Anyone that’s dying to see it should be able to track it down.

The original “gameplay” trailer for Valhalla disappointed a lot of people earlier this year. It was more like a display of the Anvil game engine, rather than a debut of actual gameplay. Fans have been chomping at the bit since then to see protagonist Eivor complete a story mission and fight enemies.

Well, this leak is exactly what everyone’s been waiting for. We see Eivor use an axe and a bow to fight wolves out in the wilds, then siege a fortress with a clan of fellow Vikings. On top of that, we get a look at Valhalla‘s new menus and skill systems near the end of the video. 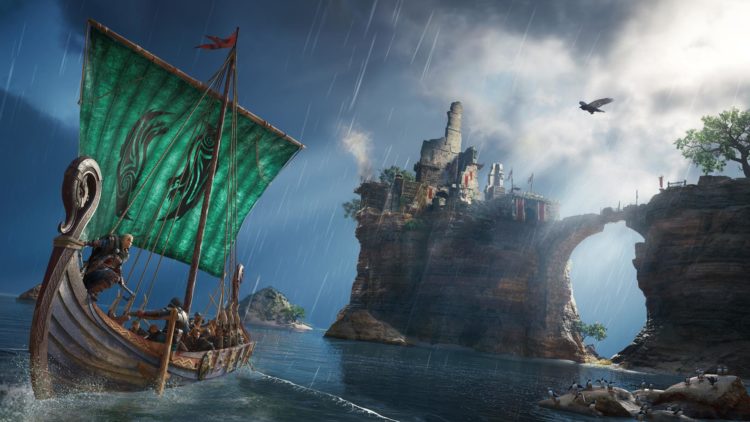 Sieging castles, like this one in the distance, will bring a new level of excitement to gaining territory.

In Valhalla, assassinations are out, battling for glory is in

It seems the developers at Ubisoft have continued to embrace the game design of The Witcher for Valhalla. Not only do the games look very similar now, but we see Eivor fighting enemies like packs of wolves and powerful bosses that he must parry and wear down. This gameplay also suggests that Valhalla will play like its predecessor, Assassin’s Creed Odyssey.

This could mark a departure from the Splinter Cell-like stealth that the series was founded upon. That would likely indicate that the franchise is destined for action-centric experiences from here on out. Assassin’s Creed struggled as a stealth-lite game for years, so this wouldn’t be all that surprising. It might disappoint some longtime fans, however. 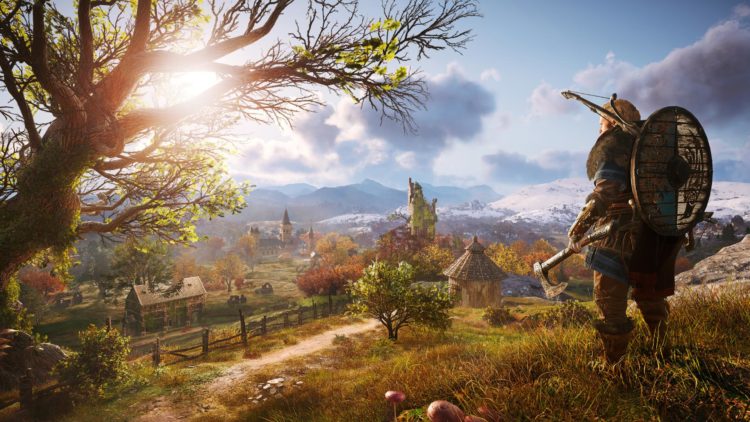 The official debut of Assassin’s Creed Valhalla gameplay footage will likely come next week during the new Ubisoft event. This unintended leak looks pretty rough at times, which puts the pressure on Ubisoft to show off something more polished to keep the hype going strong.

Ubisoft has had its fair share of leaks recently. Just last week, the company suffered a leak involving Hyper Scape, its new battle royale. The official announcement came shortly after, so there’s plenty of reason to think that Valhalla gameplay is right around the corner now, too. Ubisoft has already announced that Valhalla will be one of the games featured in the Forward event. The presentation begins on July 12 at 12:00 p.m. PDT on YouTube.