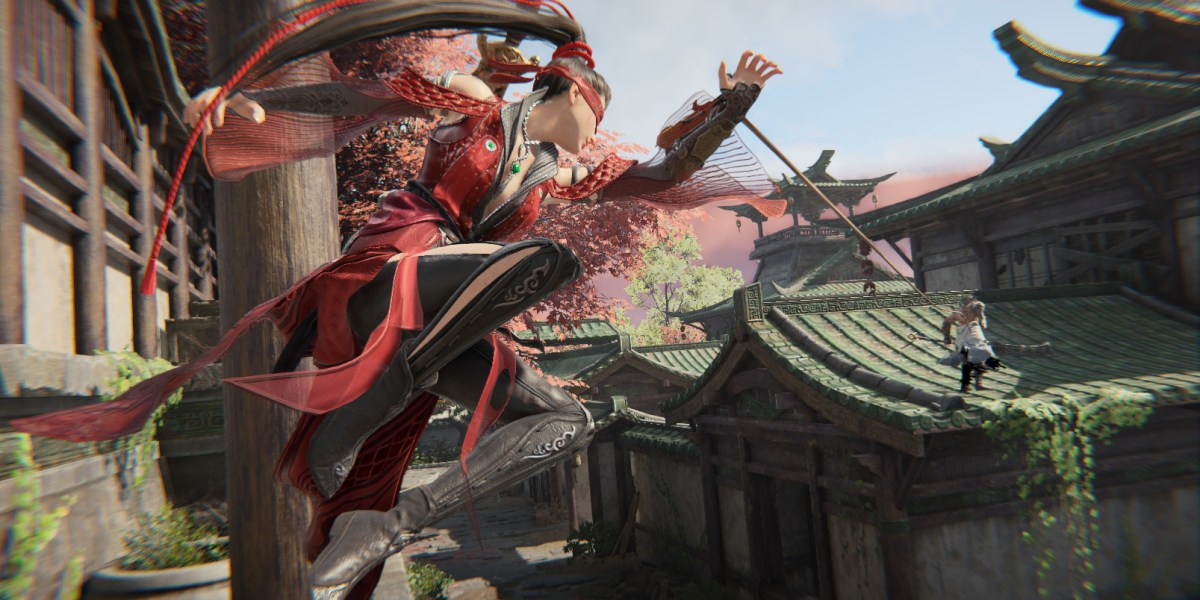 Note: Take a look at our July 2021 article to see if you missed out on a game this past month. For all the other content drops this year, and those in 2022 and beyond, check out our full PC game release dates listing.

An action-roleplaying game (ARPG) where you use mutating weapons to take down your enemies.

An adventure RPG where you face off against denizens of the dark in a world filled with creatures from Slavic mythology.

Naraka: Bladepoint is a flashy battle royale game with emphasis on melee combat, as well as of acrobatics, jumps, stealthy slashes, and abilities.

This Assassin’s Creed Valhalla expansion sets the stage for the Viking invasion of Paris.

This narrative-driven action game is set in a cyberpunk world.

There’s only one way out of your hellish nation, and that’s a road where you’ll meet new characters. The campaign is procedurally-generated, so each run tends to be different.

Amplitude Studios (Endless Space/Endless Legend) already considers Humankind their magnum opus. In this turn-based 4X strategy game, you design your avatar and you lead your civilization as it continuously evolves. Your avatar and culture evolve as well, taking shape similar to ones that existed in history, or something else entirely that’s of your own making.

A side-scrolling game where you control three siblings, using their powers to defeat foes and escape each predicament.

A romantic evening with your wife turns into a disaster when police break into your home and beat you to death. And then, you wake up, twelve minutes before your impending doom. You relive the moment over and over, stuck in a time loop, unless you can figure out a way to solve the mystery. Twelve Minutes stars James McAvoy, Daisy Ridley, and Willem Dafoe.

This 3D platformer with Metroidvania influences has you playing as a sentient AI.

It’s another year of American football.

The original King’s Bounty game was released in 1990. It was followed by King’s Bounty: The Legend, a revamped and renewed take on the classic. Since then, it has spawned numerous expansions and additional content, but never an actual sequel… until King’s Bounty 2 which comes out this August 2021. King’s Bounty 2 lets you choose from three distinct characters, build your army, battle countless hostiles, and explore the world of Nostria.

This third-person co-op shooter will have you and your buddies taking out numerous xenomorphs.

The long-awaited sequel to one of gaming’s greatest cult classics. It’s getting closer one agonizing year after another. It’s been delayed to August 2021 because, hey, it’s Psychonauts 2.

Gather clues and solve each case in this detective story.

A cutesy adventure game that’s reminiscent of classics such as The Legend of Zelda series.

Create a character, explore a lush world, and meet other travelers in this tiny multiplayer online (TMO) game.

Journey to the mystical land of Aeternum in New World, an upcoming MMORPG from Amazon.

Update: The game has been delayed. It’ll release on September 28.

An action side-scroller where you use weapons such as axes and bows to defeat other warriors.

Beyond Mankind: The Awakening (Brytenwalda): August 31

A sci-fi first-person game that’s set in a post-apocalyptic world. Earth is in the grip of a nuclear winter, and it’s up to you to save the remnants of humanity.

Splitgate is a first-person shooter where you can use wormholes to transport yourself, your bullets, and even your allies as you eliminate your rivals. It’s like Halo meets Portal. Only the beta (seen in the link below) is available now, but the full release is expected this August 2021.

What do you think about August 2021’s PC game offerings? Are there any releases and content drops you’re looking forward to this month? Let us know.