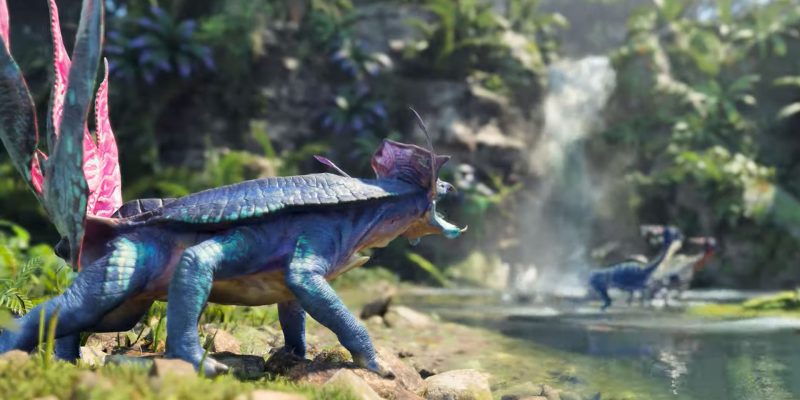 In case you missed it, Ubisoft revealed at E3 that it has been working on an Avatar game based on the James Cameron film that, you know, made billions. Officially titled Avatar: Frontiers of Pandora, the reveal trailer shows that it looks strikingly similar to the film in terms of visual fidelity. Well, not quite. But it’s a really impressive effort for something that could potentially represent gameplay.

Most of what’s in the trailer is the same footage from the reveal trailer, but there are a few unique bits sprinkled in to show off the tech powering the visual experience. If you’d like to hear a little about how the developers are putting everything together, give the video a watch.

In typical developer fashion, the video discusses overcoming obstacles and pushing things in new ways like never before. The preview isn’t all that revealing, but there are still plenty of opportunities ahead where we might learn more about the development process. However, there were a few interesting mentions such as ray tracing and a new approach to volumetric clouds. The mention of ray tracing isn’t surprising for a game like this, and should provide some impressive results. The volumetric cloud system will also help to authenticate the flying experience. It too sounds very interesting to see in action. Unfortunately, we’ll have to wait to see more of that as well.

The updated Snowdrop engine does look impressive overall, and will be used to power Ubisoft’s next generation games. Epic Games is also getting ready to fully release Unreal Engine 5 in 2022, so there are sure to be a lot more game tech demos like this one in the near future.

While this tech demo trailer for Avatar: Frontiers of Pandora is interesting, Ubisoft hasn’t shown any gameplay yet. We do know that the game will be a first person action adventure though. That’s certainly not what most would expect for a game like this, but it could turn out to be quite immersive if it controls well. The game is currently scheduled to launch in 2022.

By Kevin Foley19 mins ago
Hardware