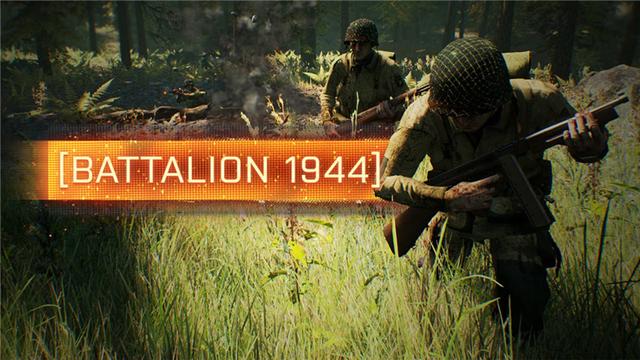 Battalion 1944 was first announced back in 2016, and it launched in Early Access in early 2018. It officially released in May to a rather underwhelming and mixed reception on Steam, but it did sell over 250,000 copies by June. Still, as an exclusively online multiplayer game, it has a lot to improve, though recent reviews are much more positive. Bulkhead Interactive continues to work hard on the game to support it post-launch, and now they have revealed a roadmap for Year One of Battalion 1944, which will include a lot of free content in major updates for players.

In partnership with Square Enix Collective, Bulkhead will also support Battalion 1944’s esports scene with a $650,000 investment into upcoming tournaments. If you are a competitive player, you can stay tuned for the registration to The Plays summer Blitzkrieg Open and Premier League, which will open in the next 10 days. This will include a $20,000 prize pool, and according to Bulkhead, this is just the start. Bulkhead will also hold a Double XP weekend starting tomorrow, July 26, to celebrate the next update to Battalion 1944 and the release of the roadmap.

The roadmap features a lot of content you’d expect from a roadmap. Starting this summer, Bulkhead will have weekly Special Event rotation with a different map and weekly updates with general hot fixes. There will also be development previews, map playtesting, and teasers. Roughly every two months there will be larger seasonal updates, each covering a season. These updates will include new arcade and special event game modes, a new BattleRank season, FACEIT Pro Series competitive seasons, new War Chests, and all the usual fixes and overhauls. The same goes for midseason updates, which will take place between seasonal updates.

In early 2020, Bulkhead plans to release a “huge” content update to celebrate one year of Battalion 1944. This update will include a new faction, the British faction, which will include competitive reworks of Savoia, Docks, and Invasion maps. It will also add British weapons for Lee-Enfield enthusiasts. And of course, this huge celebratory update will also include all the usual tweaks and extras from the regular updates. Above all, Bulkhead claims to be committed to constant improvement and pledges to perfect Battalion 1944 in the long term. The studio aims to provide players the best war experience. 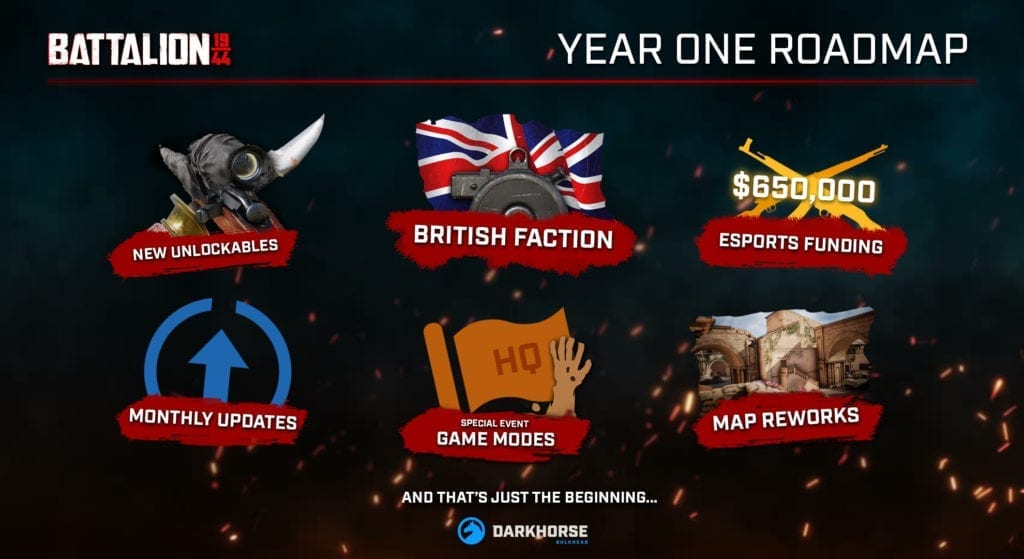 Esports scene and beyond

Beyond the $650,000 investment, Bulkhead also plans on supporting its competitive community in other ways. There will be several competitive events where players can prove their mettle. First of all, you can qualify for the FACEIT Pro Series, which is an event for pro-level teams. There will also be the Major with Online Qualifiers, the Blitzkieg Premier and Open League, as well as purely online tournaments and regional championships. Players will have many opportunities as Battalion 1944 grows and establishes itself in the esports scene.

You can check the roadmap post on Steam to see more information, especially if you’re interested in the upcoming rewards. If you haven’t yet and you’re interested, you can pick up Battalion 1944 on Steam.

What do you think of the roadmap? Are you a competitive Battalion 1944 player? What’s the esports scene like right now? Drop your comments below!

For Honor: In-depth preview of Jormungandr