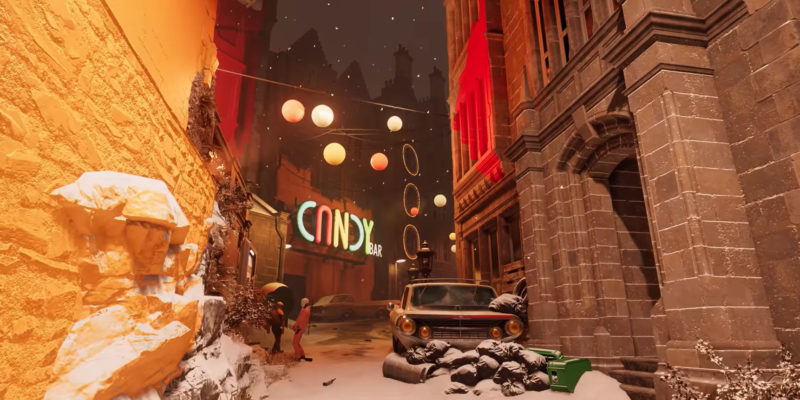 As we say goodbye to 2020, I want to look ahead at what’s in store over the next year or so. The next year is looking pretty stacked, especially considering the amount of delays this year has delivered. As we move into the next generation of console gaming, PC gaming moves on too, and I’m looking forward to what all this new tech will deliver next year. Not all of these games have solid release dates just yet, but here are my most anticipated games for 2021.

Arkane Studios delivered a brilliant new IP when Dishonored dropped back in 2012, and I’m grateful the team is getting the opportunity to do it again. If Deathloop can merge Dishonored‘s fantastic story and world-building, with more fast-paced action, we could be on for another winner. What we’ve seen so far looks incredibly stylish and over-the-top, and I think that plays right into Arkane’s hands.

The time loop mechanic will add a layer of strategy to taking out your targets too, meaning Deathloop shouldn’t fall into generic shooter territory. It sets itself apart visually as well, with a distinct 60s/70s spy theme offering up something truly different. This one looks like Dishonored turned to 11, and I’m well and truly here for it.

This one is a recent The Game Awards reveal, and it instantly became one of my most anticipated games of 2021. Open Roads comes from the minds behind Gone Home, a special adventure game focused on a touching love story. Open Roads moves the setting from an old abandoned house to well, the open road, and I’m excited to see what mysteries this journey will uncover.

The story revolves around Tess Devine and her mom, who are setting out to find the truth about Tess’ grandma. The pair of them believe grandma Helen was hiding some sort of lost fortune, among other secrets. Helen has since passed away, and the two of them take to the open road to seek the truth. Knowing what Gone Home delivered in a story sense, this setup has me looking forward to sobbing uncontrollably.

I’m gonna start this one with a caveat, I didn’t really enjoy Far cry 5 or its pseudo-expansion, New Dawn. The switch to a more grounded and let’s be honest, bland setting, was at odds with what I love about Far Cry. Stripping away the focus on hunting and exploration didn’t help either, as those were two attributes that made Far Cry 3 one of my favorite games of the last-last generation.

With that in mind, Far Cry 6 feels like make-or-break for the franchise in my eyes. My very early impressions are good though, with the switch back to a more tropical setting and an interesting premise to boot. Fighting against a dictator running the show on the tropical island of Yara is absolutely my jam, and I’m hoping this one puts the series back on track. The lack of actual gameplay at this stage is somewhat concerning, but I don’t think Far Cry has too much to worry about when it comes to shooting shit. El Presidente you have my attention, if not my backing.

We recently got word on Halo Infinite shifting to a fall 2021 release window, and that’s fine by me. 343’s upcoming Halo feels like another make-or-break situation, perhaps on an even bigger scale. Halo 5: Guardians was a massive disappointment storywise, and that’s where Infinite must deliver. A re-focus towards Master Chief will help, even if his story arc was a bit bonkers in Halo 5.

However, I do have faith. I attribute much of Infinite‘s delay to the visual backlash from July’s gameplay reveal, and I have hope the rest of the game has always been in decent shape. 343 has had five years to work on this thing, and a genuine focus on channeling what made Halo: Combat Evolved great seems like a good direction. I have reservations on how open-world Halo should go, but the large combat scenarios featured in the original were the very height of the series. Halo Infinite dropping on the 20th anniversary of Combat Evolved could be a very special launch indeed. Let’s hope 343 can successfully deliver one of my most anticipated games of 2021.

Honestly, this one would have been on my main list had we gotten a more solid release window. The next entry in the STALKER series looks beyond 2021 to me, hence only an honorable mention. A mention it must get though, as I’m incredibly excited to see the series return following multiple years of the Metro franchise.

While not strictly linked, a lot of the development team moved over to Metro following STALKER: Shadow of Chernobyl‘s release. Either way, there’s always room for more post-apocalyptic shooters, especially those set in areas of the globe we don’t typically explore too often in games. Most of what we’ve seen so far on the upcoming sequel has been tone-piece trailers, but it looks bloody brilliant. There’s a huge technical shift as the series has been absent for over a decade, and I can’t wait to explore Chernobyl on brand new tech.

By Sam Robins5 days ago
News