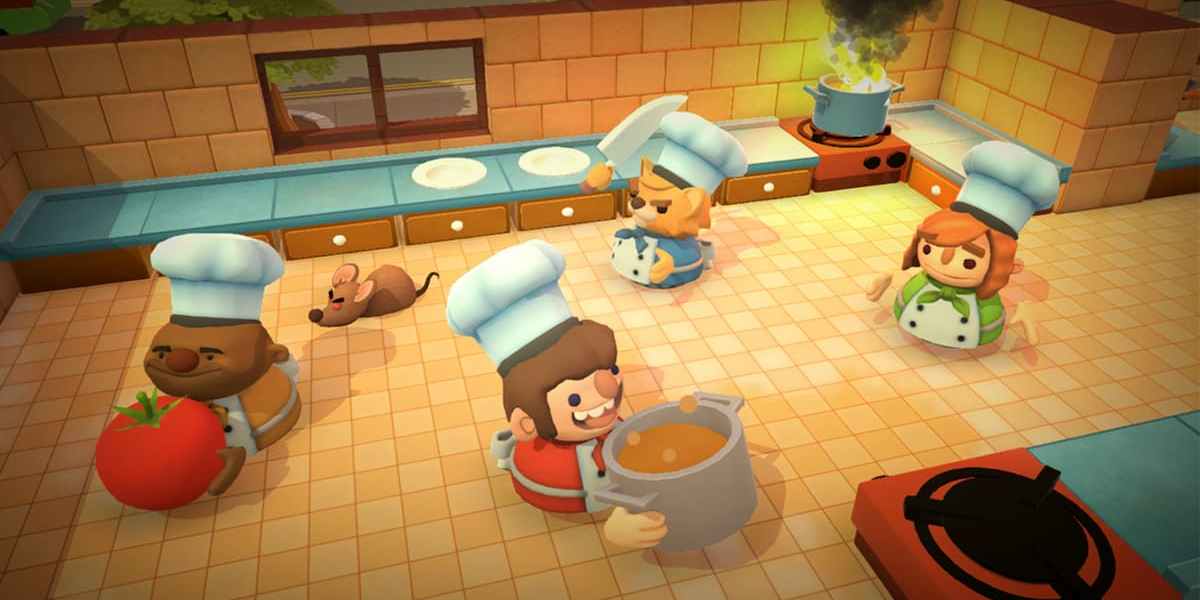 Co-op games on PC are some of the best ways people can enjoy and have a good time together. There are a ton of co-op games out there, each with its quirks and good points. They’re all fun to play with a friend or a family member. With that in mind, we put together a list of some of the best co-op games you can play on PC. The second Monster Hunter title on PC, Monster Hunter Rise, is an excellent multiplayer game for those with up to three friends eager to hunt. There’s a variety of weapons to choose from, encouraging players to develop teamwork to defeat monsters for resources.

Players can take advantage of field items like Stinkminks to lure monsters or other helpers like Marionette Spiders to send them to obstacles. Players can also climb, ride wyverns, or use the wirebug to reach heights and explore more areas. This is a treat for Monster Hunter fans who like to play with friends. The successor to one of the best PC games of all time, Portal 2, takes all the fun warp puzzles of the first installment and adds a multiplayer component. In co-op play, players take on the role of testing robots Atlas and P-Body to solve many puzzles together. Unlike other games where one player can solve the entire puzzle while the other waits, Portal 2 will require both players to simultaneously work at their best to finish. As one of the best RPGs on PC and most satisfying co-op games on the platform, Divinity: Original Sin 2 is a must-play. Up to four players can take control of a pre-made character with a unique backstory and goal, or start from scratch and create a character with their own goals.

Aside from its rich narrative and lush worlds, it’s a unique RPG where each character has their own individuality. The battles, which are turn-based, will require players to carefully plan their movements to defeat enemies. And once the main campaign has been defeated, players get access to Game Master mode which allows them to create their own campaigns. While other games put focus on action or puzzle-solving, Sea of Thieves focuses on giving several players some kind of hangout. It’s a beautiful open-world game that isn’t as demanding as other titles in this list, but still provides enjoyment in the form of quests, adventures, and hours of sailing the open seas. Those looking for some in-game thrill can choose to attack skeleton forts, chase other pirate ships, and search for buried treasure. As the name implies, It Takes Two puts two players in a situation where they’ll need to work together in order to succeed. Players take on the role of Cody and May, a couple who are on the brink of divorce. To make matters worse, they are somehow turned into small, living toys. The couple is on their journey to find a way to return to normal. They meet an interesting cast of characters and face various challenges along the way.

Keep Talking and Nobody Explodes Have you ever imagined what’s it like to be that movie hero who defuses a bomb with some help from another person at the other end of a phone call? Or to be that other guy who gives the instructions without seeing the explosive? This game takes that concept and turns it into a game.

KTNB lets a player deactivate a procedurally generated bomb while receiving instructions from another player who holds a “manual” for that bomb. The catch here is that the manual holder cannot see the bomb, and can only give instructions. The game requires clear and constant communication to win.

Lovers in a Dangerous Spacetime Image via Asteroid Base

Lovers in a Dangerous Spacetime is an indie game that will require all players to cooperate with one another in order to commandeer a spaceship and survive perils in space. It starts out easy but becomes harder to master as the game progresses. Players need to operate several stations to maintain a huge spaceship’s attributes such as engines, weapons, and shields. Upgrading the ship might make it easier, but the randomly generated worlds always present new challenges for players. Overcooked 2 is a game will test players’ wits and abilities under pressure. Four players will need to coordinate their actions in the kitchen as they race against time to prepare complex dishes. Adding to the stress is the interesting level design and level challenges. Some examples include earthquakes that will divide the kitchen in two, forcing players to work in separate areas, and learning how to pass things to players in the other part of the kitchen. It’s chaotic, but it’s fun!

We Were Here series The We Were Here series of games is made for cooperative play and nothing else. Players will need to learn to communicate with one another in order to solve puzzles and win the game. Inspired by escape rooms, players have to talk to one another to describe what they are seeing and doing to get through challenges together. Effective communication is the real challenge here! While it’s enjoyable when played solo, Mojang’s blocky blockbuster offers great co-op as well. In Minecraft, you and your friends can hunt for resources and materials, build your own base of operations, craft items you can use in the game, and defeat as many mobs as you can in the Nether. If you’re not in the mood to go on an adventure, you can simply hang out and build anything you like. And since you have friends with you, the task won’t be as difficult as before. 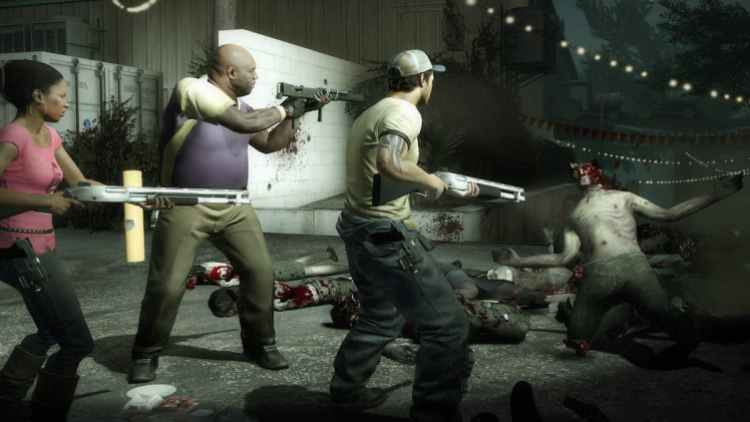 Valve’s survival shooter still is one of the best co-op games on PC, with many games in the market getting inspiration from it. Left 4 Dead 2 pits four players against hordes of zombies bent on nothing but their demise, which means players need to coordinate their actions well in order to survive.

L4D2 has a huge community and fans are still working on mods, allowing players to play the game with fresh new mechanics. While the original game is already fun to play as is, there are new campaigns for those who want to enjoy it in different ways. Those who want a modern take on the game should check out Back 4 Blood, which is L4D2’s spiritual successor. 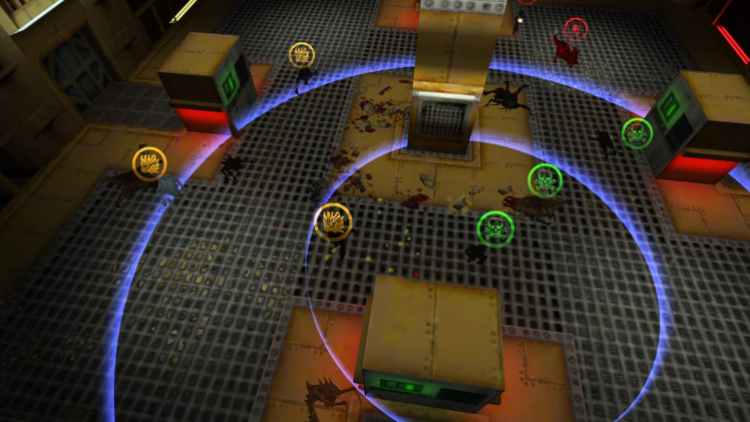 More interestingly, players can download weird maps, or join random servers where they will fight in a world of Teletubbies, Egyptian pyramids, and more. The game features Half-Life’s retro feel, and is sure to provide tons of enjoyment. 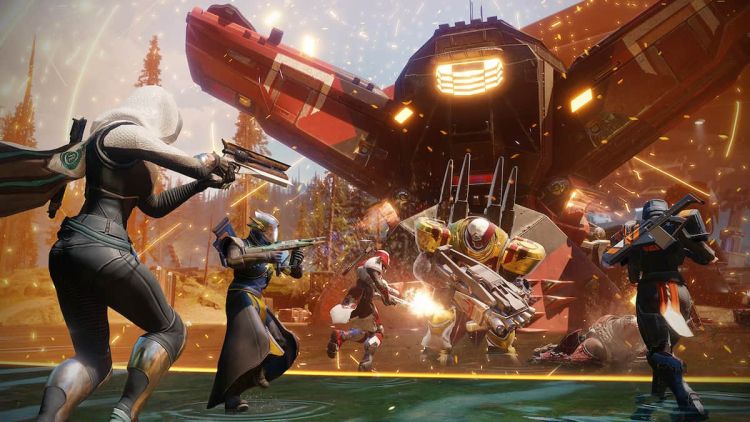 Bungie’s highly-rated MMO shooter offers great co-op action on PC. You can blast enemies together, grab tons of loot from slain enemies, and work on getting to that enjoyable endgame. And when you’re done with all the action, you can simply hang out with each other while talking about another playthrough. Destiny 2 has many things to offer players, like different classes and subclasses. What’s more, its expansions have added tons of content to the game. This is a must-have if you like co-op shooters. 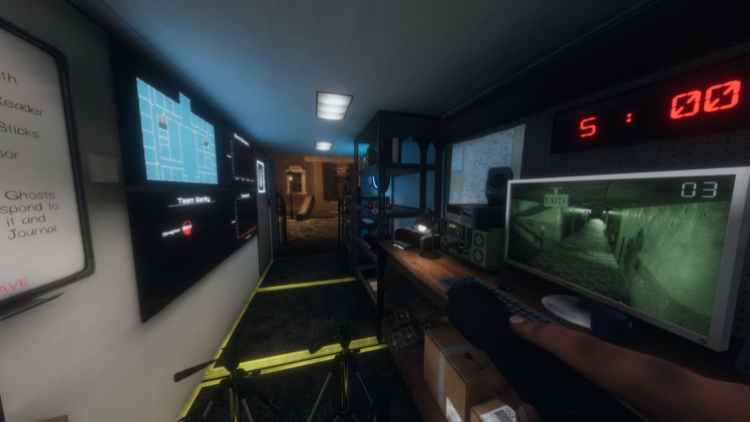 This co-op hit lets players band together to enter haunted buildings and search for whatever is haunting them. Players are limited in what they can carry, so they will have to sort items out among themselves and figure out how they can best work together to determine the identity of the ghosts running amok — and make it out alive. Interestingly, while Phasmophobia requires players to clearly communicate with each other, the game also allows the ghosts to listen in on the voice chats so they know how to respond. 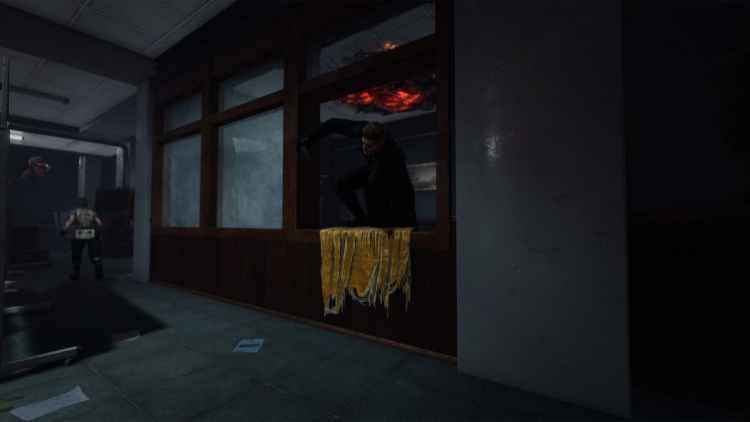 This popular multiplayer survival game puts players in the shoes of survivors running away from a monster bent on killing them. Four people take on the role of the survivors, who must complete a series of goals in order to escape from the area. Meanwhile, another player assumes the role of the monster, whose goal is to prevent the players from escaping. Dead by Daylight continues to receive massive support from both fans and developers, the latter of which is still introducing new events featuring elements from iconic titles like Silent Hill. 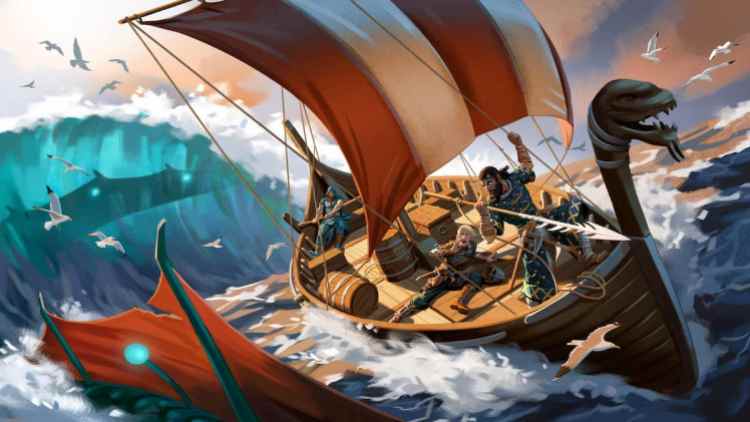 In Valheim, players will take on the roles of Vikings in this survival adventure game. They will need to hunt and fight creatures from Norse legends, and will also need to learn new abilities to develop their character. Players can also craft and build items and structures to establish their own villages. Valheim allows up to four people in one server and is enjoyable for both newbies and experienced players. Those who haven’t tried it yet will find it easy to play. 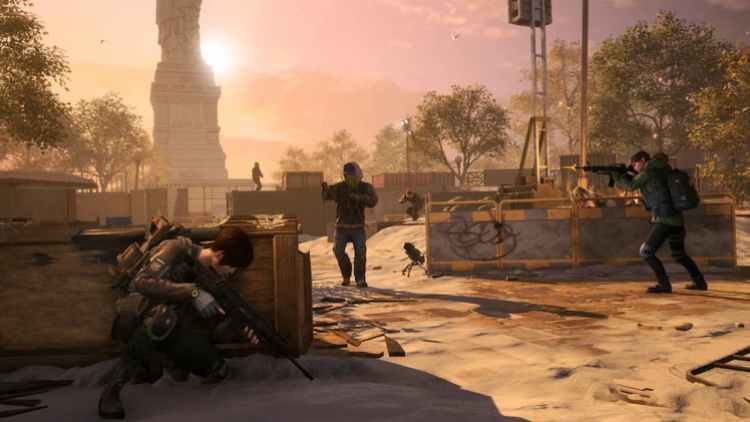 An action RPG with a focus on multiplayer gameplay, The Division 2 lets people duke it out with both computer-controlled characters and real players. These are available via the main story as well as The Division 2 Raids and Strongholds for those who like PvE. Those who like PvP, on the other hand, will enjoy Skirmish and Dark Zone modes. Additional content like the Warlords of New York expansion adds to the game’s replay value and allow players to hone their skills as well.

These are but some of the best co-op games players can play on PC. Some fans might look for something else, but these are perfect for those who want to play some classics or try out the most popular titles among many.

All Ramattra skins in Overwatch 2