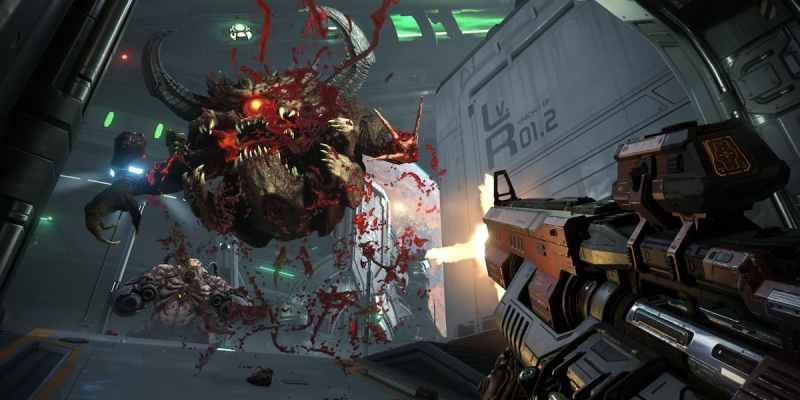 Last week, Doom Eternal composer Mick Gordon dropped a bit of a bombshell regarding his experiences working with id Software Studio Director Marty Stratton. Gordon claimed that the disappointing official Doom Eternal soundtrack came after he had to endure a stressful working environment that saw Stratton enforcing unreasonable deadlines and demanding drastic shifts in direction on short notice. Gordon’s allegations directly contrasted with a statement Stratton released two years ago that essentially blamed the soundtrack’s poor quality on the composer’s supposed underperformance. Now, Bethesda has posted a response on Twitter that denies all the allegations levied by the Doom Eternal composer.

Bethesda claims that “Gordon both mischaracterized and misrepresented” not just Stratton and Chad Mossholder, the lead audio designer at id Software, but also the studio’s entire team as well as the development process behind Doom Eternal. Bethesda went on to say that it stands by the id Software team and has “full and complete documented evidence” it can reveal if need be.

Additionally, the company said that Gordon’s allegations have led to harassment and violent threats against id Software’s team, including Stratton and Mossholder. Bethesda then recommended that fans avoid jumping to conclusions and harassing anyone involved, including Gordon.

So far, many Twitter users who responded to Bethesda’s statement appear unconvinced. Even though Bethesda claimed that Gorden levied accusations against the id Software’s team, some of the replies quickly noted that Gordon showed nothing but respect toward the game’s developers, as he purely focused on his grievances with Stratton, Mossholder, and the upper management at id Software.

It did not help that Gordon provided several receipts to back up his allegations in his Medium post, whereas Bethesda only claimed it would provide proof “as needed.” Time will only tell if or when Bethesda reveals this proof in the future.