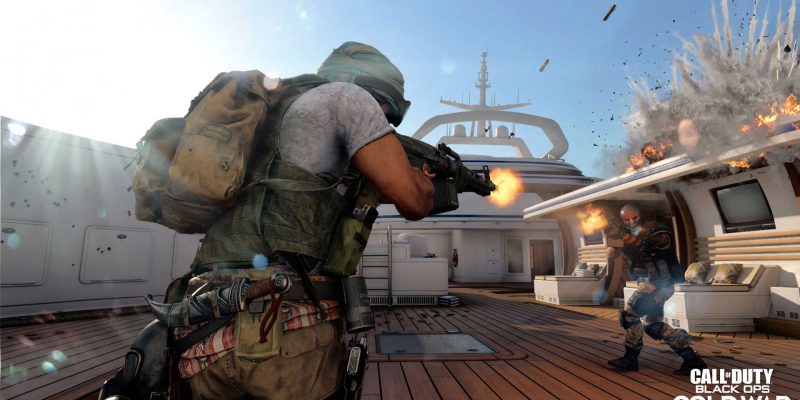 Call of Duty: Black Ops Cold War Season Four is well underway. The season introduced the ability to gift to your friends, new weapons, and more. Already, Treyarch has rolled out some more content for players to enjoy. The most recent Black Ops Cold War patch adds rewards to League Play and more.

As usual, a playlist update has adjusted the offerings in both the Black Ops Cold War multiplayer and Zombies modes. The playlists focus on the maps that were added into the rotation in Season Four. You can hop into Hijacked 24/7 and Collateral 24/7 Mosh Pits. Also, the new Amsterdam map has been added into the returning Gunfight tournament and 3v3 Snipers mode. In terms of custom games, One in the Chamber and Sticks and Stones are now available for you to play in a private match.

Apart from earning the glory of coming out on top of your League Play ladder, you can now earn in-game cosmetics. You can get placement rewards just by participating in ladder events. In addition, you will obtain skill division rewards for winning 10 matches in your current skill division. Every ladder placement type has a weapon charm, emblem, and sticker up for grabs. You can earn more weapon charms, emblems, and stickers in each of the five divisions. Moreover, the developers state that more rewards are coming to League Play in the near future, including weapon blueprints. Now, there is even more of an incentive than ever before to show off your competitive side in League Play.

Finally, if you are a Black Ops Cold War Zombies fan, the patch adds Cranked 2: No Time to Crank back into the rotation. The addition of the classic Cranked multiplayer mode into Die Maschine and Firebase Z and allows you to rack up a huge amount of zombie kills. This game mode is a great addition into the lead up to the new round-based map that is set to launch mid-season.