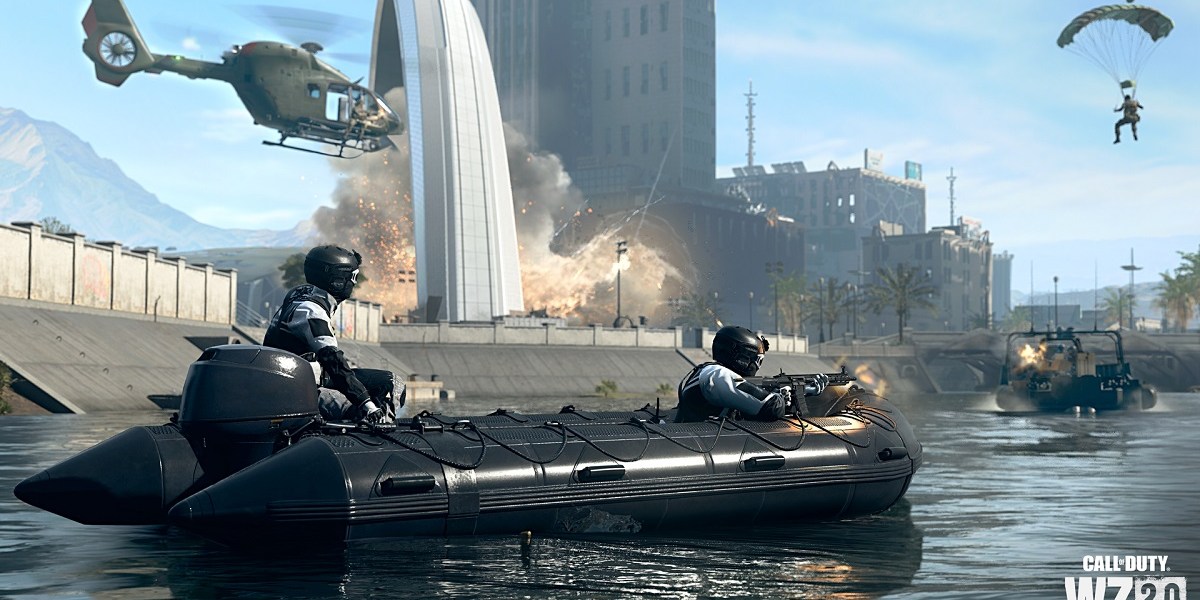 Call of Duty: Warzone 2 is here and players have been jumping into all the action on the Al Mazrah map. The game didn’t get off to the best possible start, as players have encountered some issues. The Season 1 battle pass tier skips weren’t working and the invisibility glitch from the original Warzone has made its return. From day one, perhaps one of the most prominent issues since the beginning of the battle royale is the battle against hackers. Over time, cheats have developed way beyond aimbot and wall hacks, with hackers finding more creative ways to ruin matches. Warzone 2 is using the Ricochet anti-cheat system, but once again some hackers have managed to slip through and have been causing chaos by travelling around on flying boats.

As you can see from a clip posted by @JakeSucky on Twitter, a team is situated on a roof top when they see a boat flying through the sky. The team use their guns to try shoot down and destroy the boat while it continues to move around in the air. After dodging a plethora of bullets, the hacker eventually leaves the boat.

This isn’t the first time hackers have used flying vehicles in the battle royale. Back in the days of Verdansk, hackers were taking to the skies on motorbikes. These bike hackers were able to propel themselves into the air and crash into another player to eliminate them.

At the time of writing, Activision has yet to provide a response to the hack. However, the previous motorbike hack was dealt with quite quickly, so hopefully the same can be done with hackers using boats to fly through Al Mazrah. The hacking situation hasn’t been as bad as it was in Verdansk and Caldera, but it still hasn’t been completely eradicated.