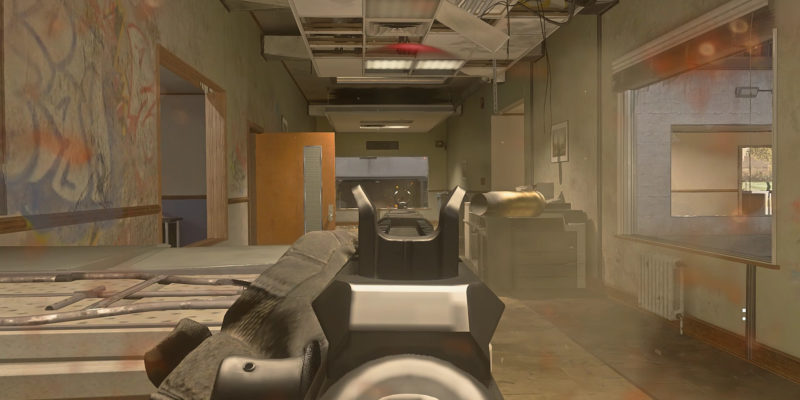 For many Call of Duty: Warzone fans, the latest patch was a long overdue blessing. The Grau has been the dominant primary weapon in both casual and pro play for the last three months. Thanks to its exceptional range and minimal recoil, its a very easy gun to apply damage with well over 100m.

Even after its nerfs, the Grau is arguably still one of the strongest primary weapons in Warzone. Regardless, this patch at least opens up the possibility of other guns becoming viable too. From my testing and analysis, these are the five weapons I think could take the Grau’s crown as the meta Warzone gun. 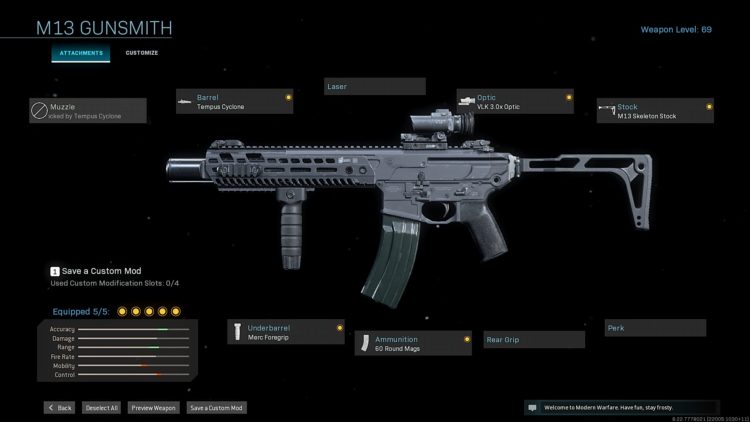 If you’re a controller player than consider swapping out the Tempus Cyclone and Skeleton Stock for the Tempus Marksman and Monolithic Suppressor. The recoil without a mouse can be a little tricky otherwise.

If you’re looking for a direct replacement for the Grau, the M13 is likely your best option. In many ways, the M13 is very similar with both its handling and damage profile being comparable to the Grau. It does suffer more at extreme ranges but has a couple of inherent benefits that might not be too apparent at first glance.

The M13’s Tempus Cyclone barrel comes with an integrated monolithic suppressor. This is fantastic as you effectively get the benefits of two meta attachments in one. This frees up another attachment slot to improve its aim down sight (ADS) speed. Secondly, unlike the Grau, the M13 gets access to the best-in-slot Skeleton Stock. The Skeleton Stock has many of the benefits of the far more common No Stock attachment but doesn’t have its significant recoil penalty. It’s worth knowing that after this patch the No Stock attachment now increases vertical recoil by roughly 40%. 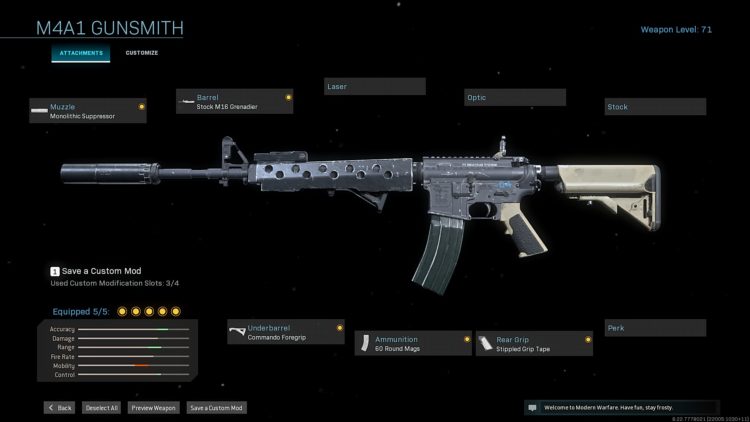 If you don’t like running iron sights then the best alternative is to drop the Monolithic Suppressor for a Reflex or Scout optic of your preference.

If it isn’t broke, don’t fix it. The age-old M4A1 has been through a couple of nerfs since Modern Warfare‘s debut, but it’s hard to deny that it’s still one of the best guns available. While not specializing in anything, the M4A1 is the ultimate jack-of-all-trades assault rifle. This makes it a fantastic choice in Warzone where versatile weapons like the Grau tend to reign king.

Despite not being directly nerfed, the M4A1 did undergo an indirect nerf in this patch. The No Stock nerf hurts the M4A1 considerably as it helped make the gun far snappier in close quarters combat. Because of this, you’re pretty much forced to use the Tac Laser, giving away your position when pre-aiming a corner. It’s not ideal, but there isn’t an alternative if you want to use the optimal M16 Grenadier Barrel coupled with a Motholitic Suppressor. 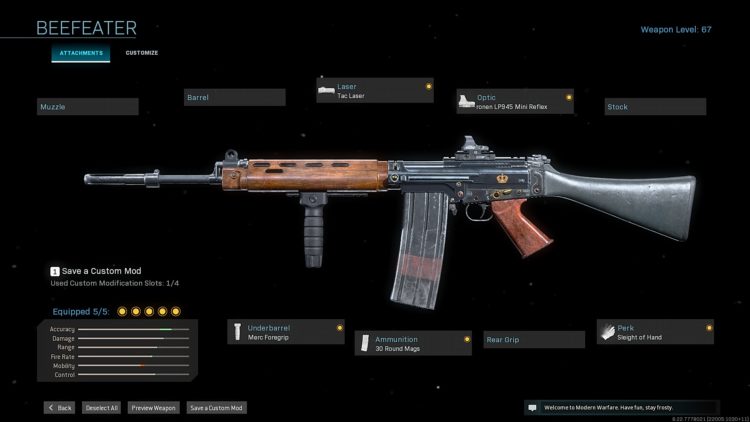 This is a close-range, fast-firing build. If you want to take things slower than switch the Tac Laser and Sleight of Hand for the Marksman Barrel and Monolithic Suppressor.

Before this patch, the FAL was widely considered the good in-theory gun. Its numbers always looked impressive, but applying that damage in-game against laser beam auto guns and snipers can be difficult. However, the huge buff to its damage profile seen in this update could change that.

Previously the FAL had a damage profile of 54 – 40. This meant at close range it would deal 54 and this would eventually fall off to 40. To improve the FAL’s ability to duel in close quarters, Infinity Ward has changed this to 78 – 54 – 40. Effectively, within 17m, the FAL now outputs the best theoretical damage of any gun in the game. So even though it won’t be as versatile as the Grau, the new FAL could be the go-to close-range weapon for more skilled players. Of course, applying that theoretical damage is not as easy as say using a meta SMG like the MP5 or MP7. 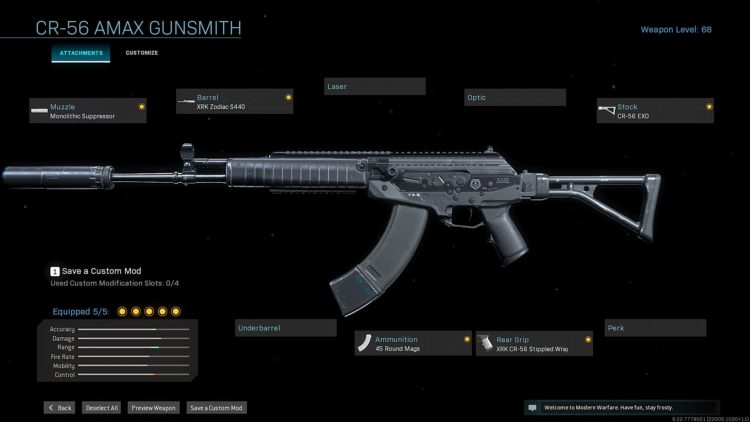 Dropping the Monolithic Suppressor for a VLK 3.0 Rogue or Merc Foregrip can help with recoil at extreme ranges.

Say hello to the new kid. The CR-56 AMAX was added at the beginning of Season 4, but most players overlooked it because the Grau existed. But with the Grau now nerfed, the AMAX’s impressive damage values and high fire rate for a 7.62 assault rifle both look appealing.

Outside of the FAL at close range and the M4A1 with SOCOM rounds equipped, the CR-56 AMAX has the best time-to-kill in Warzone. In many ways, it takes what’s great about the Oden and AK-47 and then morphs that into a superior heavy caliber weapon. The only major downside is at just 645 RPM the AMAX will usually lose to most SMGs at close range. 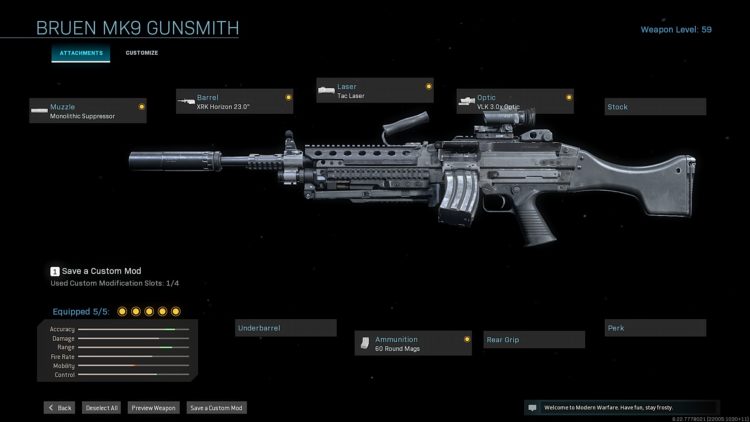 If you don’t care about running a silencer than switch out the Monolithic Suppressor for a Merc Foregrip.

It’s no surprise that every other gun on this list has been an assault rifle. The rounded stats ARs offer is difficult to compete with for most heavy handling LMGs and shorter-range SMGs. But that’s not the case for the Bruen MK9. Widely thanks to its incredible 60 round magazine attachment, the Bruen MK9 is an LMG with the handling characteristics of an assault rifle.

When equipped properly, the Bruen MK9 can maintain max damage well over 50m. This results in a phenomenal medium-range time-to-kill. It’s around 500ms through full armor depending on what part of the body you shoot. Also, unlike most other LMGs, reloading the Bruen MK9 with the 60 round magazine only takes 1.7s. A blessing compared to the other meta LMG, the PKM, which will set you back nearly seven seconds to load 100 rounds. Needless to say, 60 shots in under two seconds is far better than 100 shots in just under seven seconds.