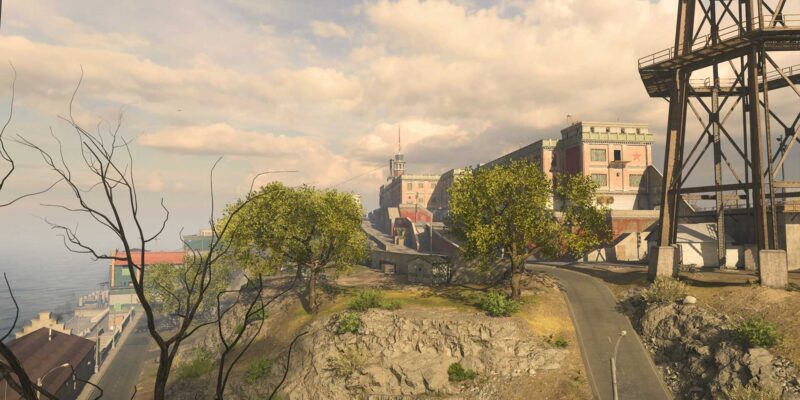 Over the past few seasons, glitches have been prevalent across Call of Duty: Warzone. Starting at the Airport in Verdansk ’84, the wall bug quickly spread to other points of interest. Despite various efforts from the developer to patch the glitch, it is yet to stamp it out once and for all. If it wasn’t already hard enough, the wall glitch became even harder to counter over time. At one point, you couldn’t even see where the bullets were coming from when a player was inside a wall. Sadly, it appears that the wall glitch is back following the most recent update. However, this time the glitch is ruining Warzone matches on Rebirth Island.

A player posted a clip on the Warzone Reddit page showing an enemy taking advantage of the wall glitch. As you can see, the player has been able to pass through some walls near the shore, allowing them to access the under side of the map. Also, the player has a good view of other areas of the map from this position. This allows them to rack up some easy kills, especially since other teams on the map are not able to see them.

Vehicles are to blame for the wall glitch in Warzone

Fellow fans were quick to share their frustrations at the wall glitch in Warzone. One user commented that you need a vehicle to be able to glitch through the wall. Therefore, if you see a vehicle against a wall, there is a chance that a player is lurking inside that wall. Notably, in the clip you can briefly see a vehicle parked against the wall, behind the player performing the exploit.

As you can imagine, this is an extremely annoying way to go out. We can only hope that developer Raven Software can remove the wall glitch in Warzone once and for all. To keep up with the bugs and glitches that the developer is working on, you can visit the Warzone Trello Board.

Got killed by this delightful player a moment ago. from CODWarzone