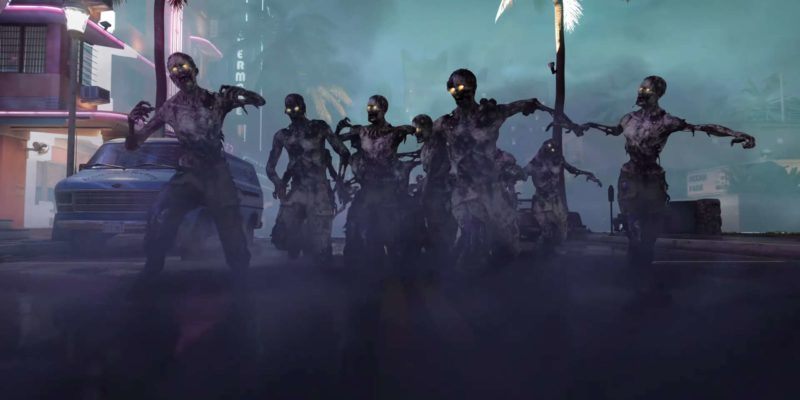 Call of Duty: Warzone players have discovered a few mysterious Easter eggs that may suggest the inclusion of zombies in Season Two. Although it’s unclear if Treyarch intended to tease the arrival of a zombies mode, the Easter eggs led to speculation among fans. Some interesting hints include a trial machine in the Verdansk Hospital map and unusual screen distorts on Rebirth Island. Season Two is already slated to bring at least three new maps and new base weapons.

As spotted by Eurogamer, Twitter user Eric Maynard stumbled upon a trial machine in the Verdansk Hospital map. Said machine displayed the following script: “ZAI/ACTIVATE_ZOMBIES.” Interestingly, this is the same machine that appeared in Black Ops Cold War‘s Zombies mode. In Warzone, there is no way to interact with the machine.

As Maynard noted, the machine only appeared on the Warzone Rumble playlist. “Judging by the unfinished texture and scripts, it shouldn’t be appearing yet,” he wrote. If Treyarch did intend to tease zombies in Call of Duty: Warzone, the tease may have come too soon.

The mysterious machine becomes even more interesting when coupled with Reddit user Soggy_nugget86‘s find. The user explained in a recent post that they entered “the office next to headquarters [second] floor” on the Rebirth Island map and encountered an unusual pop-up with Russian voices. The English translation, as provided by user Wolf-of-icewrack, mentioned “Russian ship Vodyanoy” and a “shipping permit to Verdansk.”

Treyarch has yet to confirm a zombies mode in Call of Duty: Warzone. The developer also yet to confirm a release date for Season Two, but it is expected to be on its way soon. After all, the release of Season One was CoD: Warzone‘s biggest update yet. Treyarch may be working on something even greater for Season Two.

Overcooked! All You Can Eat heads to PC via Steam late March