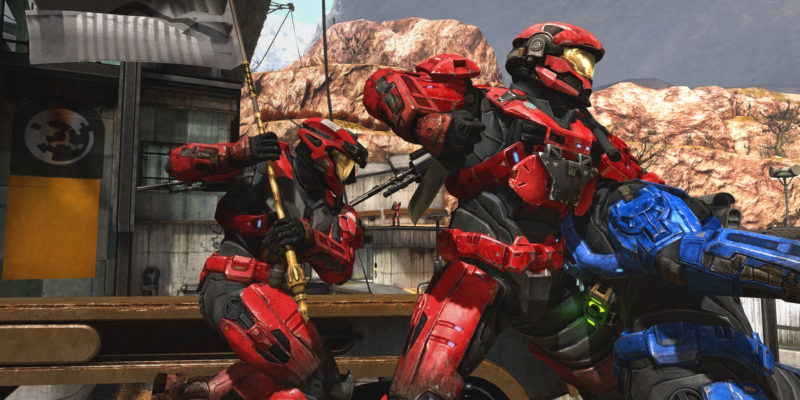 As 2019 draws to a close, we’ll see more Content Drops and PC game releases being churned out just in time for the holidays. We’ve got Halo: Reach, MechWarrior 5: Mercenaries, Detroit: Become Human, Phoenix Point, Boneworks, Paranoia: Happiness is Mandatory, Everreach, and Darksider Genesis. Likewise, December 2019’s launches will have more expansions or add-ons to existing titles such as Shovel Knight Showdown and King of Cards, Path of Exile: Conquerors of the Atlas and the Metamorph league, Destiny 2: Shadowkeep‘s “Season of the Dawn” DLC, and the final episode of Life is Strange 2.

Given that this is the final Content Drop monthly feature of 2019, we’ve also added the remaining games that are still expected to release this year. As for all PC game release dates for 2020 and beyond, check our massive list over here. In case you missed anything from the previous month, head over to our November 2019 Content Drop page. 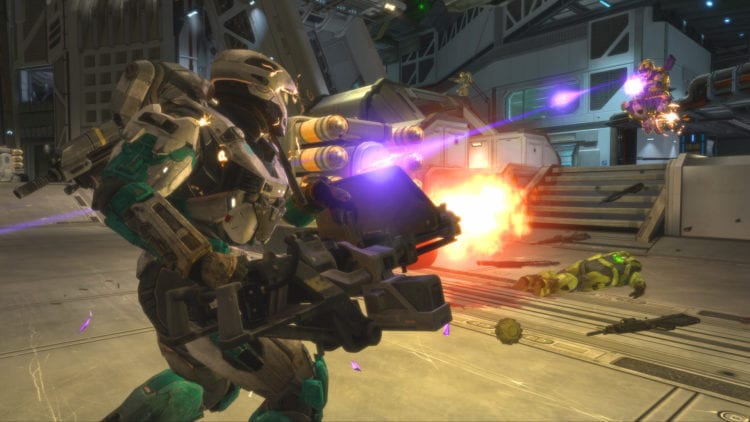 All the classic Halo games will be arriving on PCs via Halo: The Master Chief Collection. First to the fight is none other than Halo: Reach which tells the story of Noble Team. In Halo: Reach, your elite Spartan units face off against insurmountable odds as the Covenant invade the planet.

The final episode which concludes the story of two brothers.

Featuring XCOM-like gameplay, this tactical turn-based strategy title will have you facing off against mutants created by the Pandoravirus.

An artsy co-op adventure game where you can control the flow of time.

A 2D platformer set during a dragon apocalypse feels like a love letter to arcade games of yore.

This title is a futuristic sci-fi RPG made by former Mass Effect devs. Everreach: Project Eden might be a little bit on the short side, however, as the story is only expected to last eight hours.

A game inspired by CRPGs of yore, Paranoia: Happiness is Mandatory puts you in the role of a team of “Troubleshooters” keeping the peace in a dystopian society controlled by the Friend Computer. The game has been delayed a couple of times already, so, hopefully, it finally launches this December.

Piranha Games take their MechWarrior expertise offline in this single-player game in the Mechwarrior universe. It will cater for up to four players via co-op and modding will also be possible.

The next chapter in Destiny 2: Shadowkeep is the long-rumored “Season of Dawn.” The new season will mark the return of Osiris as well as the revival of Saint-14. Players will partake in the Sundial activity in an attempt to stop the Cabal incursion.

A highly interactive VR game with an emphasis on game physics.

Adds brand new content to the game, allowing you to revisit Jurassic Park following the events of the film. You’ll even encounter your favorite characters who are voiced by the actors themselves.

This first-person shooter takes you to the dark future of mankind during the war against Skynet and the machines. The game will release first in Europe on November 15, but it will be made available in North America this December.

Six characters are being hunted down by “The Fiend” in this survival horror game with co-op mechanics. Originally part of the “First on Discord” program, it’s recently moved to Steam. The good news is that those who purchased the prologue chapter on Discord will still receive a free copy of the game on Steam.

Vampire the Masquerade – Coteries of New York is a visual novel/gamebook set in the dark universe that many fans have grown to love. The Camarilla and Anarchs are vying for control of the Big Apple, and it’s up to you to choose a side or to fend for yourself.

Technology has advanced, and androids are everywhere. The remastered PC version is the third and final Quantic Dream title that arrives this year following Heavy Rain and Beyond: Two Souls.

Path of Exile: Conquerors of the Atlas and Metamorph (Grinding Gear Games): December 13

Path of Exile‘s 3.9.0 expansion is called the Conquerors of the Atlas. The Atlas maps, which have been the endgame for quite some time, will undergo a massive rework. You’ll find new Atlas bosses who could even drop “Support Gem Plus” versions of existing items.

The Metamorph challenge league is also part of this expansion. A new NPC called Tane Octavius will allow you to collect essences of various monsters you’ve defeated. Fuse these essences and you can create a hybrid “metamorph,” a monster with unique capabilities. You may even find samples from bosses in Atlas maps to create endgame versions of metamorphs.

An odd and quirky game from the mind behind Katamari Damacy.

A standalone game based on the award-winning Skyrim mod, you’ll visit a ruined city in order to unravel the mystery behind its doom.

An ode to old-school beat ’em up games, 9 Monkeys of Shaolin will have you following a path of vengeance.

Bring your knights and gryphons and smash those fortresses.

A visual novel where the living meet the restless dead, all while people mingle at a coffee shop.

A remastered take on the original which released in 1995. The original Panzer Dragoon was considered as one of the crown jewels of the Sega Saturn.

Originally released for the Wii in 2006, Super Monkey Ball: Banana Blitz got the HD remaster treatment earlier this year for the Switch and PS4. It’s bound to release for PCs down the line as well.

There were several games and expansions that were previously announced to have a 2019 release date. Unfortunately, many of their respective teams conspicuously remained mum when it came to updates. We’ve added these titles here.

There’s a small chance that some dev studios will try to push forward to have them released this month. Realistically, though, it’s more likely that we’ll see these games launch by next year. Be prepared for some surprises and, of course, an extra bit of waiting as well.

A survival sandbox set in a lush wilderness with, of course, trees!

Battle against formidable gods as a mysterious Nomad.

Featuring 4K hand-drawn graphics and three-player couch co-op, the Battletoads finally make their return to modern gaming. We’re hoping the side-scrolling beat-em-up is still as frustratingly difficult as ever. Battletoads will be available for Xbox Game Pass users who will be able to play it on PC.

Use covert operatives and spy rings to infiltrate and wreak havoc behind enemy lines, or bolster collaborators as an occupying force.

In this survival horror, your own beloved king has destroyed the world in his ravenous lust for immortality. Can you save Lunaris.

Explore the sunken depths and tear divers limb from limb, Jaws-style, while you play as an evolving shark.

Co-op, survival, and PvP in a post-apocalyptic frozen world are the highlights of Scavengers.

Expand your diplomatic capabilities by joining powerful blocs called Federations. Sanction your foes and rule your own Galactic Senate.

Is it an expansion or is it a major update? Well, it’s both. Terraria: Journey’s End will become the fourth major patch for the game. It will feature a new difficulty mode, a bestiary, more enemies and items, and, well, even golf!

A game with around 80 turn-based battles set in a fantasy world that’s based on a Netflix series.

An artistic and intriguing adventure from the makers of No Man’s Sky.

A remastered version of the latest Yakuza game. Expected to come out later this year according to Sega’s financial report.

That does it for our December 2019 Content Drops and PC game releases. Which games are you looking forward to the most this month?

Man of Medan is offering a free Friend’s Pass