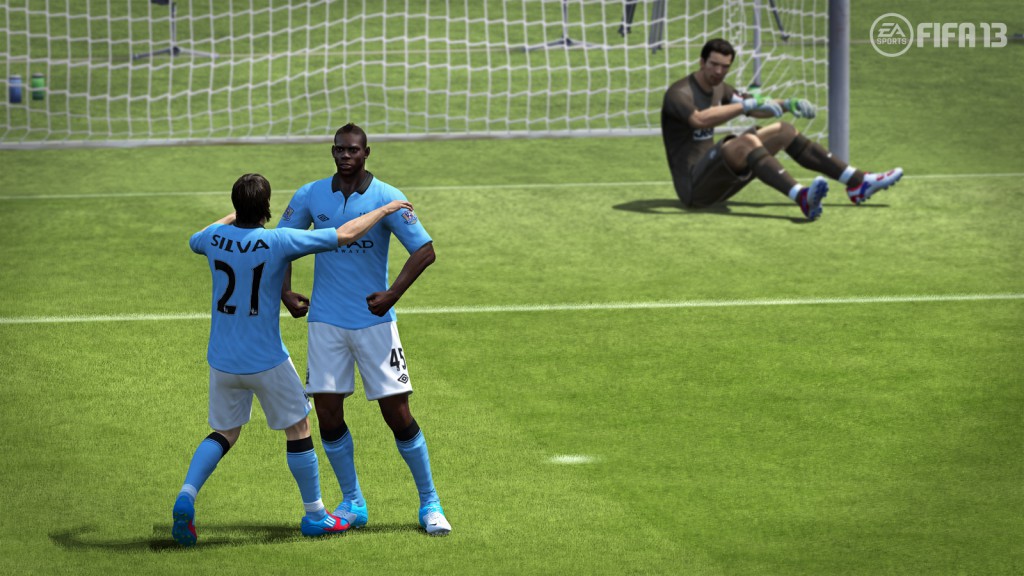 Still living in hope that one day you’ll be able to play games across platform? I’m not talking PS3 to PS Vita or profile sharing. Proper cross-platform: playing theactual game between the likes of PC, 360 and PS3. Well, Fifa 13’s producer David Rutter says it’s not going to happen.

“…for the EA Sports Football club, it kind of is [cross platform], and we’ve been lucky to have brilliant partners in both Sony and Microsoft when dealing with that, and obviously Apple with their iOS devices has been great too.

“So I think as far as actually being able to play head-to-head, or anything like that, I can’t ever envisage a time when that would happen, but certainly for profiles and things like that, and sharing of certain stuff, is absolutely doable, and we’re really, really pleased that they’re letting us do it.”

There you go. Ain’t happening.

Grimind: What does it take to be a one-man development team? [Interview]

Shootmania Storm will be partially free-to-play

By Elise Nelson40 mins ago
News