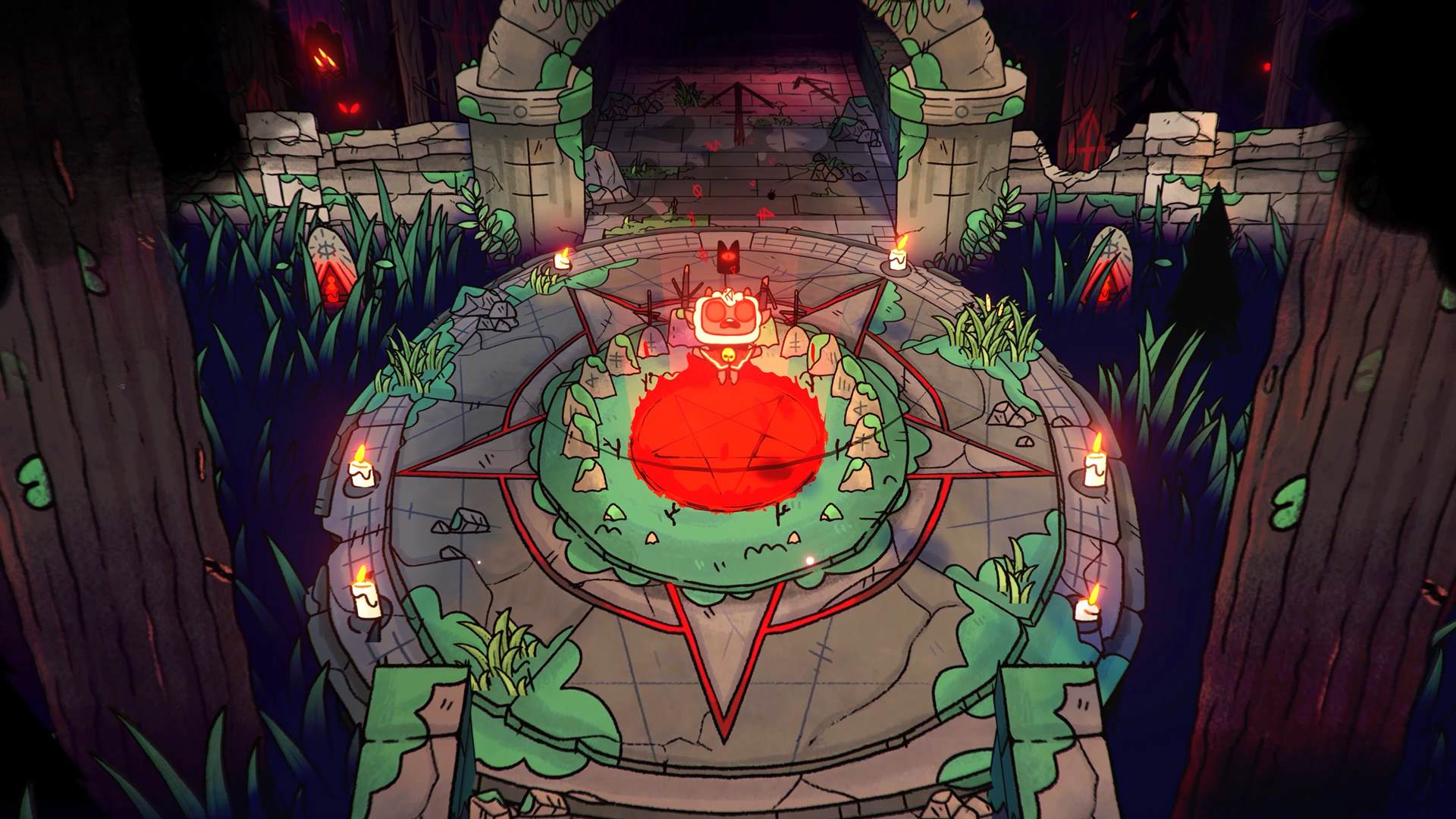 Devolver Digital is known for publishing quirky and offbeat indie games, with themes and concepts that you won’t often see (Loop Hero and Inscryption come to mind). Now, the company is set to publish Cult of the Lamb, a new title from developer Massive Monster.

In a way, Cult of the Lamb continues this trend of weird and wacky ideas that seem like a joke at first, until the charm manages to hook you. Unfortunately, that charm also wears off, and the cracks begin to show the more you progress.

The old gods and new

At the start of Cult of the Lamb, your character is sacrificed by the Bishops. These monstrous rulers claim dominion over the lands, and your demise leads you to meet The One Who Waits, a deity shackled in the underworld. Vowing revenge, this fallen god asks you to start a cult in his name in order to vanquish the Bishops. Yes, you’re working for a very evil-looking fella, who also wants you to take out other evil-looking fiends. It looks like everyone here is a baddie.

As the story unfolds, the Bishops will threaten and coerce you, hoping to see you fall before your quest is completed. However, there are a few friends that are willing to help you along the way. To be clear, though, the narrative isn’t the game’s strongest suit. (It’s no Hades, that’s for sure.) 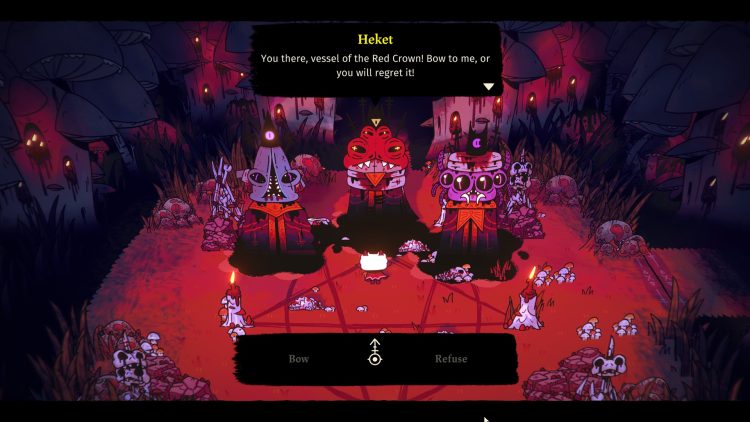 The action takes place in areas with interconnected rooms akin to most dungeon crawls that you’ve seen in the past. Rooms will either have several enemies that need to be vanquished, a section with lots of resources, an NPC who lets you draw tarot cards that add buffs, and more. The loop basically has you clearing rooms, battling a sub-boss, redoing a few runs to unlock a sealed gate, and then eliminating the boss of that zone. Lather, rinse, and repeat these steps until you’re done.

Still, one thing to keep in mind is that Cult of the Lamb is a beginner-friendly roguelike. Yes, the enemies are punishing if you’re not careful, but most attack animations are easy enough to telegraph (just watch out for a few “bullet hell” moments). Bosses, too, have obvious “tells” that let you know it’s time to move out of the way.

Likewise, deaths don’t mean that you’ll have to restart your entire progress from scratch. Instead, you’ll mostly lose a percentage of your resources and you can go back to dungeon-delving at your leisure. There’s even an action that allows you to teleport back to the safety of your base if things aren’t going as planned. 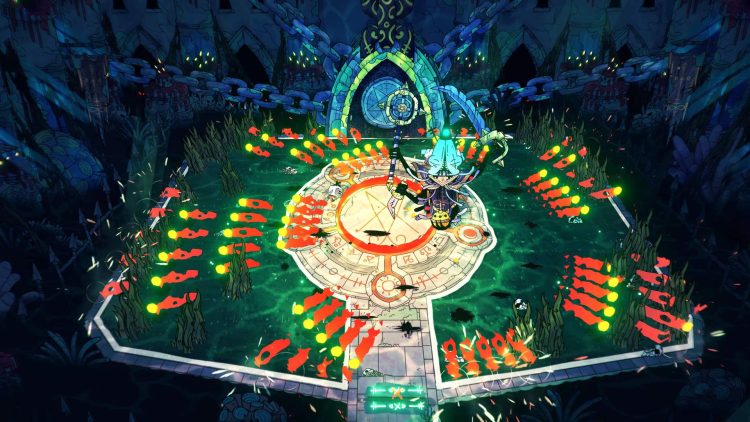 Tending to your flock

Cult of the Lamb is also part village/survival sim. Whenever you’re not whacking enemies, you’ll have to tend to your followers and your hub. The devotees are generic NPCs that you’ve rescued and converted to become members of your flock. They can gather resources, build structures, water crops, and get possessed by a demon so they can accompany you in battles.

Given the game’s title, religion also comes into play. The shrine is where you can assign your followers to pray, and the boosts in faith unlock new construction options. Alongside this, you’ll also be able to preach a sermon to have combat-related buffs, as well as enact doctrines and rituals that confer powerful boons.

All in all, it’s a quirky and somewhat disturbing method of using sadistic, cult-indoctrinated behavior as a gameplay mechanic. You’re likely to giggle a few times as an NPC is willingly sacrificed (with a smile on their face) and when your congregation happily gets a faith boost after cannibalizing a deceased member. Then, you realize that it’s so wrong on so many levels, but the cutesy characters somehow negate that trepidation. 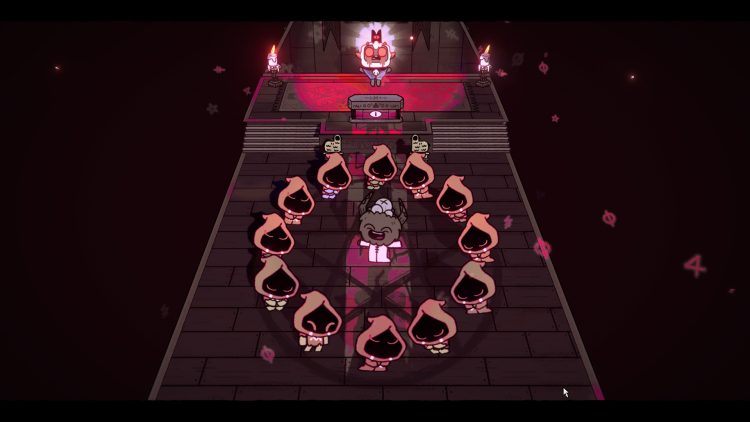 Unfortunately, Cult of the Lamb is a bit rough around the edges. Chief among the issues I encountered were micro stutters. Mind you, I have an Intel i9-10900K and an Nvidia RTX 3080. There were several moments when the game would freeze for a split second (and in some cases longer than that). At first, I thought this was because I was taking screenshots for the guides that I’ll be writing. Then, I noticed that these also occurred randomly even if I haven’t taken a pic in a while. If it happens during boss fights, then it can be quite a hassle.

Another problem I’ve had was the unnecessary inclusion of day-night cycles and cooldowns. For reference, a full in-game day lasts roughly 15 minutes. If you’re in a dungeon run or another area and a day passes, then you’ve missed your chance to preach a sermon to boost your progression in the religion mechanic. Worse, you also have to micromanage each sheep follower to bless them individually for loyalty/level-ups. Since you can only do this once per day, you’d have to rush before it’s nighttime.

The last issues I’ve had are with the core loop, lack of enemy variety, and overly simplified combat. Each zone felt samey given that you’re following the oft-repeated runs. And, much later, you’ll notice that enemies tend to have similar attack patterns, too. The charm and humor, which managed to enthrall me for the first few hours, eventually wore off as time went on. 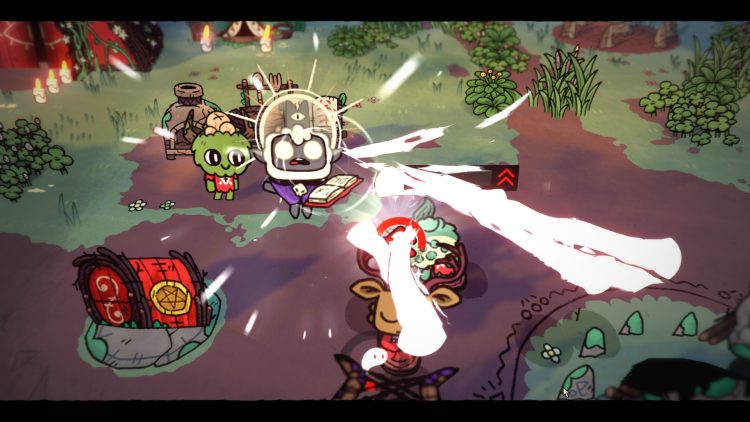 Cult of the Lamb

Part-action roguelike and part-survival sim, Cult of the Lamb has you battling foes in dungeons while taking care of your flock.
7.5

Cult of the Lamb relies on its demented humor and zany ideas that add charm. Sadly, some mechanics are either too streamlined or troublesome. You're bound to enjoy it for several hours until it becomes repetitive to a fault.