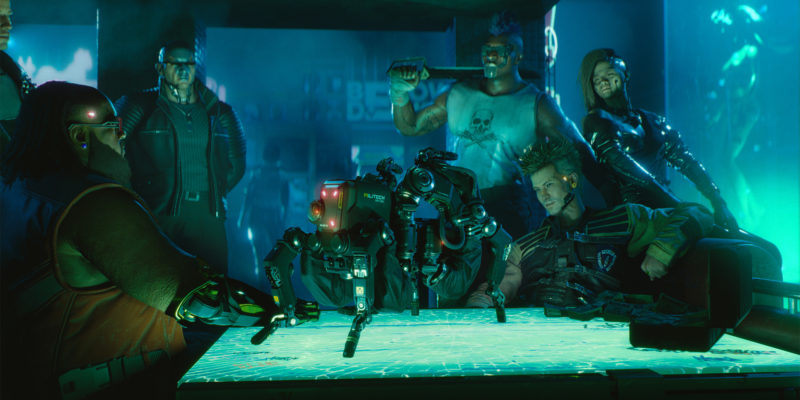 We’ve come to the end of a very tumultuous year. December 2020’s PC game releases will cap things off for the winter and holidays thanks to titles such as Cyberpunk 2077, Empire of Sin, Worms Rumble, Medal of Honor: Above and Beyond, Twin Mirror, Immortals: Fenyx Rising, and many more. Likewise, we’ve included titles that are still slated to release in Q4 2020, though changes might occur in due time.

Note: Take a look at our November 2020 article to see if you missed out on a game this past month. For all the other content drops this year, and those in 2021 and beyond, check out our full PC game release dates listing.

From Romero Games (John and Brenda Romero) and Paradox Interactive, Empire of Sin lets you live the gangster lifestyle during the Roaring 20s. It’s Prohibition-era Chicago, and you’ve got to eliminate your rivals or you’ll end up sleeping with the fishes.

Investigative journalist Sam Higgs returns to his hometown only to find that things aren’t what they seem. He’ll delve deeper to uncover its dark secrets.

Save your homeland from evil forces in this adventure RPG.

The dynamic duo return in the remastered version of the 2006 release.

From the makers of Assassin’s Creed Odyssey, Immortals: Fenyx Rising will let you explore a world teeming with danger and wonders influenced by Greek mythology. This and a couple of other major titles from Ubisoft were delayed following the poor reception of Ghost Recon Breakpoint which led Ubisoft to adjust its financial targets.

The newest Lords Pack DLC for Total War: Warhammer II adds Throt the Unclean for the Skaven and the Sisters of Twilight for the Wood Elves.

You are an AI and your goal is to terraform Mars into a lush, habitable planet. You’ll do it by way of technological marvels and with the help of astronauts. You’ll also be able to view the different areas of Mars that have been mapped by NASA.

Play as two lovers who must explore a mysterious new world.

Morbid: The Seven Acolytes is an isometric Souls-like with old school, pixelated graphics and “horrorpunk” themes.

Solve puzzles and use stealth to escape nigthmarish foes. Dark: Complete Edition includes The Tower and The Crypt DLCs.

Call of the Sea (Out of the Blue): December 8

Piece together clues and solve puzzles as you explore a lush island paradise in the South Pacific.

Unto The End (2 Ton Studios): December 9

A 2D platformer where you’ll need to battle foes in intense sword fights.

Set in a futuristic dystopian world, Cyberpunk 2077 let’s you play as an augmented character who has “a city to burn.” Wake up, Samurai, because it’s breathtaking. Wait, actually, no, you’re breathtaking. We’re all breathtaking. Thanks, Keanu!

Note: Cyberpunk 2077 was originally slated to release in April. But, it’s been racked with delays. It’ll finally release this month (hopefully).

Interact with the farm animals and learn of absolute power and corruption in this game based on George Orwell’s novella.

Medal of Honor: Above and Beyond (Respawn Entertainment): December 11

Hectic World War II-era firefights await you in this immersive VR experience for the Oculus Rift.

Get ready for another year of motocross.

Build and expand your kingdom in the sky.

An MMORPG with steampunk themes.

A standalone game based on the award-winning Skyrim mod, you’ll visit a ruined city in order to unravel the mystery behind its doom. Delays have plagued the release of the standalone title, but we’ll see a Roman Empire-esque reimagining.

A retro-inspired FPS with comic book art style. You can even destroy and blow up walls to get around places.

What do you think about December 2020’s offerings? Are there any PC game releases and content drops you’re looking forward to this month? Let us know.