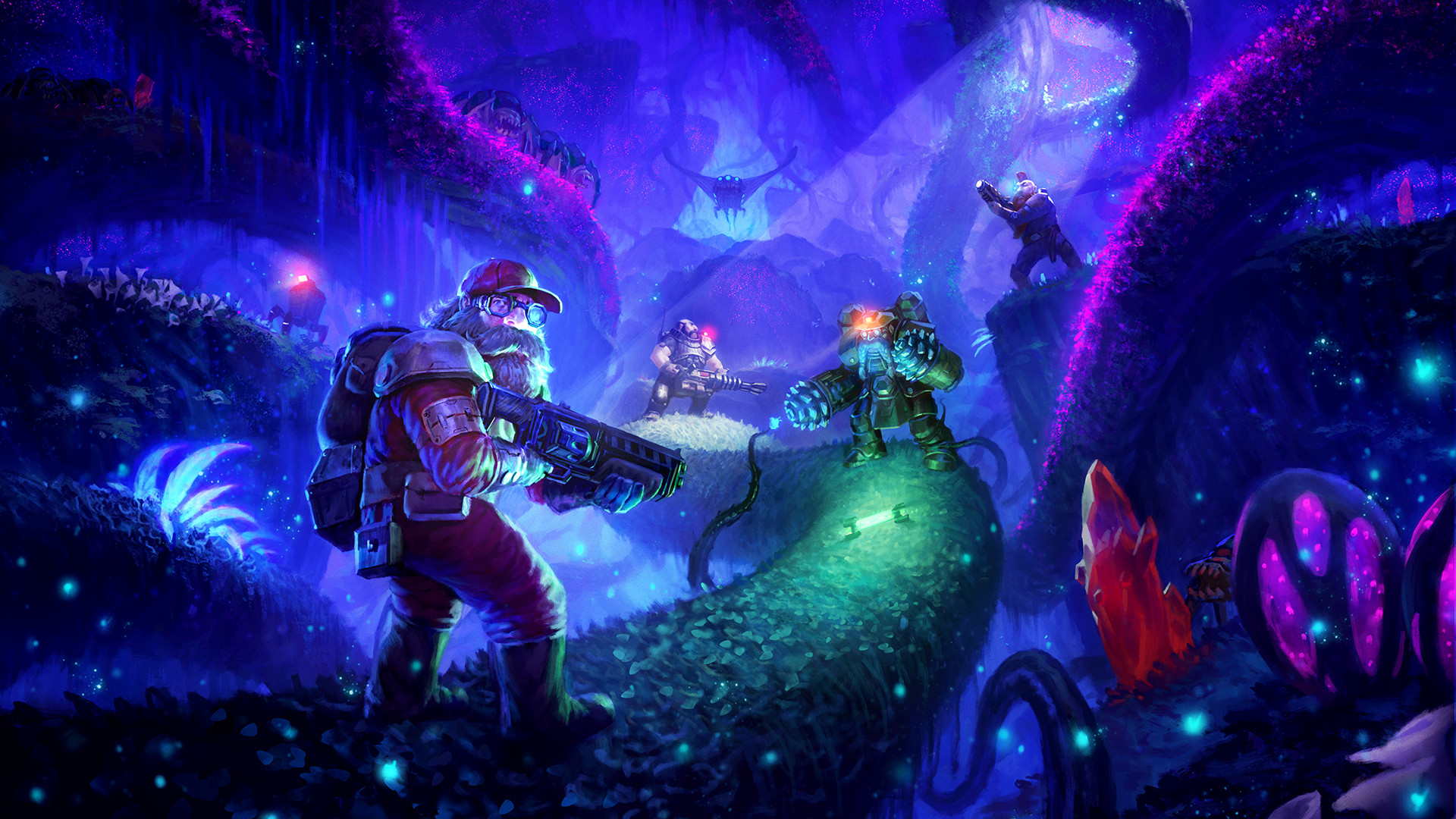 The cooperative first person shooter Deep Rock Galactic will receive another big update next month. The update, titled New Frontiers, will launch on February 4 on Steam. The biggest features of the new update will be two brand new biomes, each containing new types of enemies. The update will also include some quality of life changes like UI improvements, and something streamers should be very happy about.

The first new biome is Azure Weald, a neon bioluminescent area overgrown with alien plant life. Hollow Bough, the other new biome, is the complete opposite. While Azure Weald is teeming with life, Hollow Bough is more like being in the inside of a hollow, husked out tree. Two new enemies in the Azure Weald include Mactera Tri-Jaws and Mactera Brundles which will provide new challenges for players to slay. These enemies attack in swarms, so make sure to pack plenty of ammo.

Likewise, in Hollow Bough Deeptora Bough Wasps and Stabber Vines will be what players need to watch out for. These enemies will try their best to stay hidden and take players by surprise, so your party will need to be on its toes. The Elimination, Salvage, and Point Extraction modes will also receive some updates. Players will also have two new Dreadnaught variants to face off against in Elimination. In Salvage, you will be able to interact with a broken M.U.L.E. to download the location of its missing legs, making objectives much easier to locate. Lastly, in Point Extraction players will have access to a new Minehead machine to go with the other tech dropped in update 32. 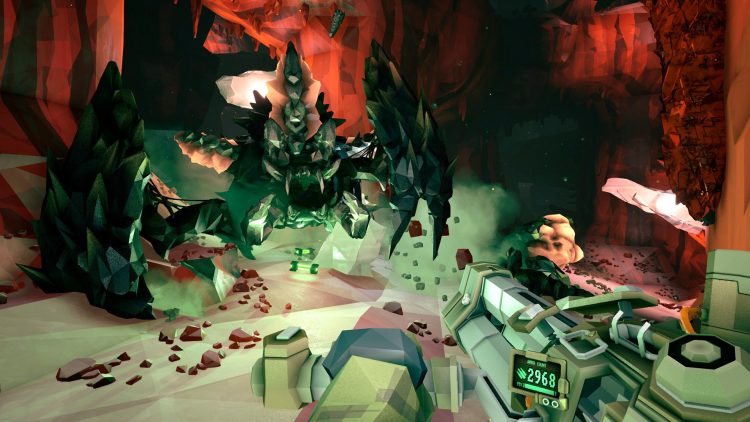 For streamers, the team at Ghost Ship Games has something that will make the mood on Twitch much better. To avoid DMCA shenanigans, eight new tracks will be added to the game that have been designated “safe for streaming.” In addition, new dance emotes will be added along with a new animation for Molly docking with the Drop Pod. A free hat is also part of the deal to celebrate the game being voted into the “Better With Friends” category in the Steam Awards by its players.

Deep Rock Galactic is available right now on Steam, and you can check out our full review if it has you interested.

By Daniel Pinheiro34 mins ago
Industry