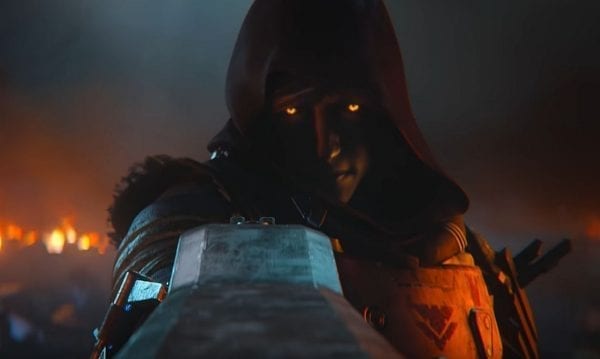 Destiny 2: Forsaken, which many players can attest to, was a step in the right direction for the game. The sequel to one of the most hyped games in recent memory garnered a lot of criticism when it initially launched. However, it was able to bounce back with its Warmind DLC and, most especially, the Forsaken expansion. Still, that wasn’t enough to meet the expectations of Activision executives. During a recent Q3 earnings conference call, Activision Blizzard COO Coddy Johnson noted that “Activision monthly active users were up 46 million” which was aided by Destiny 2: Forsaken. However, Johnson also added:

“Now while Forsaken is a high-quality expansion with strong engagement and new modes of play, it did not achieve our commercial expectations, and there’s still work to do to fully reengage the core Destiny fan base.”

At Activision, Q3 segment revenue was $397 million. Key contributors were Call of Duty digital in-game revenue and Destiny 2: Forsaken, although the latter underperformed our expectations.

When pressed further, Johnson reiterated that Forsaken offered “the highest quality content [Activision Blizzard] have seen in the franchise to date.” Johnson also stated that Forsaken’s underperformance was because they have not yet seen “the full core [audience] reengage in Destiny.”

Some players we think are still in wait-and-see mode. So when you’re in, you’re deeply engaged. If you’re not, we’re hoping now is the time to work and to bring players back in and to win them back.

Bungie Is Still Happy Though

It seems it’s not just Activision Blizzard that was disappointed but also long-time Destiny fans. Having experienced the trials and tribulations that the game went through from launch day until early 2018, seeing its improvement across the board, and then finding out that it still did not meet financial expectations can be worrying.

To that end, game director Luke Smith spoke up about the issue:

We are not disappointed with Forsaken. We set out to build a game that Destiny players would love, and at Bungie, we love it too.

Building Destiny for players who love it is and will remain our focus going forward.

Smith, whom the Destiny community has had a love-hate relationship with over the years (“He tells us to throw money at our screens? Boo this man!”) has earned a lot of support recently. Not just him actually, but the entire Bungie development team. The player base has appreciated their efforts to craft and improve on the game.

Players want to see Destiny 2 continue to improve and attract more would-be Guardians. The base game is free to own until November 18. Meanwhile, the Forsaken expansion already includes prior DLCs. If the various secrets such as the Wish Ender and Shattered Throne and the presentation of the Last Wish raid are any indications, the upcoming content packs such as Black Armory (December 2018) would highly interest fans. Let’s hope it continues to ride that wave of momentum.

Week In PC Game Releases: Returning To The Fallout Wasteland

Vermintide 2’s Next DLC Will Bring You Back To Ubersreik