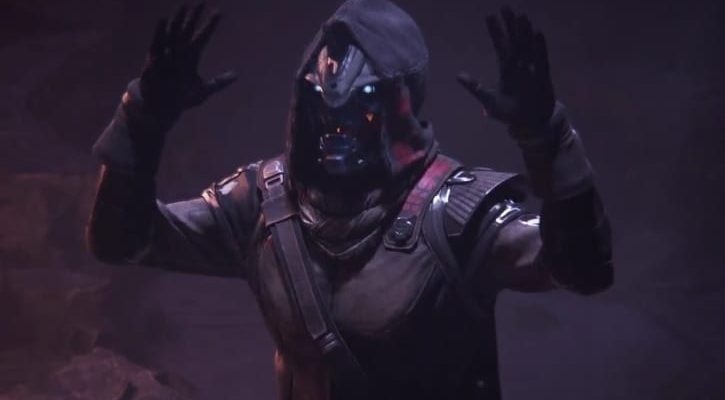 For quite some time now, Destiny fans have been aware that a certain fan favorite NPC will be gone soon. Cayde-6, known for his sarcastic quips and lighthearted jabs will be meeting his end during the Forsaken expansion in Destiny 2. That’s given many players some hype — after all, revenge is a powerful tool — and also some hope. Perhaps there’s a chance Cayde could make it out, right? Well, the “Last Stand of the Gunslinger” trailer pretty much shows that you’d be betting against the odds.

Last Stand of the Gunslinger — The last hurrah of Cayde

Based on previous reveals and story descriptions, Cayde-6 went on a mission only to get trapped by Fallen and their Scorn counterparts. Cayde fell, surrounded by enemies, due to the machinations of Uldren, the Prince of the Awoken race who seems to be working — and leading — the baddies now. Players are tasked to hunt him down and avenge Cayde’s death in the Forsaken expansion in Destiny 2.

The Last Stand of the Gunslinger cinematic shows the beginning of the end for the Exo Hunter. He’s hopping and running back and forth, showcasing some Hunter skills. We see some quick gunplay and even faster quips. Cayde tries to activate his Golden Gun but a Scorn enemy intercepts him mid-air. His cloak frayed, his helmet shattered, he still gets back up showering enemies with the Way of a Thousand Cuts Throwing Knife super.

In the end, however, it was too much. His Ghost got sniped, preventing any teleportation or resurrection. He stood alone accepting his fate and said goodbye to “Ace” — his son. That relationship wasn’t explored too much in the lore outside of little tidbits. The robotic Cayde was, indeed, human before he died and was re-created as a cyborg Exo.

Don’t worry, we get to try out Gambit for free

If Cayde’s fate left you with a sense of loss, eyes up, Guardian. That’s because there’s still reason to celebrate. Gambit, the PvPvE mode in Forsaken will have a free 1-day trial on September 1 starting at 10 a.m. PDT. You’ll get a chance to try the mode and learn the mechanics.

Gambit features teams fighting waves of enemy mobs and earning points. Once you’ve reached a certain threshold, you can send a stronger enemy type to “block” and harry the opposing team. You’ll also be able to send a player to invade your competition’s sector. With all the chaos going on, your teammate should be able to get a few kills leading to a victory.

As for Cayde-6, well, you’ll just have to wait until the Forsaken expansion for Destiny 2 which releases on September 4. You’ll get your chance to give Uldren, the Fallen, and the Scorn a good old butt-kicking.

If the Last Stand of the Gunslinger trailer at the top of that article left you feeling blue, then you’ll probably get a kick out of this video courtesy of YouTube user MercinM. It’s still the same cinematic except spliced with Crucible lines from Lord Shaxx. Where else can you find Shaxx yelling and cheering — “Two opponents down!” “Yes, three down!” — when Cayde takes down some Scorn mobs? How about when he’s surrounded and Shaxx mentions that “the enemy is gaining on you?”

Sadly, the ending is still the same with Cayde falling and darkness filling the screen. All that’s left is a poignant closing line: “Defeat comes for us all.”

Reigns: Game of Thrones arrives on PC this October

By Robert Workman47 mins ago
News

By Michael Kloos3 hours ago0
News

By Alex Johnson4 hours ago0
News