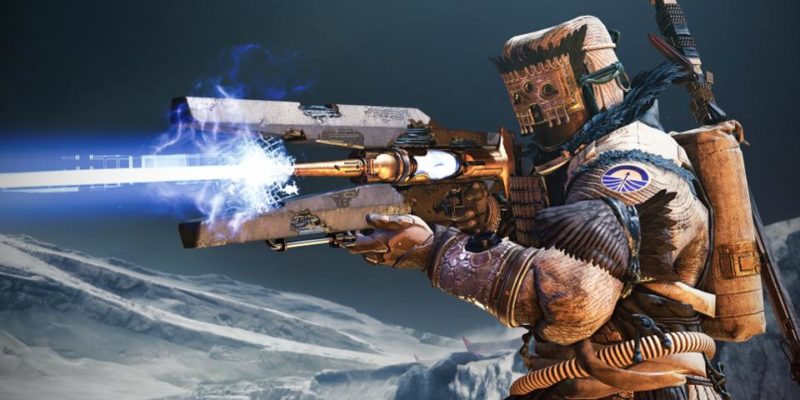 Destiny 2: Shadowkeep has a brand new exotic quest for you to find. That’s thanks to the completion of the Garden of Salvation raid by Clan Ascend. Oddly enough, the group did not get a guaranteed raid exotic after their clear. But, what’s even more surprising is that the raid completion led to the reveal of the Divine Fragmentation exotic quest. After you find the Vex Cores and hidden confluxes, and some shenanigans in the raid, this will reward you with Destiny 2: Shadowkeep‘s Divinity exotic trace rifle.

Note: For everything there is to know about Destiny 2: Shadowkeep, you can check out our guides and features hub. 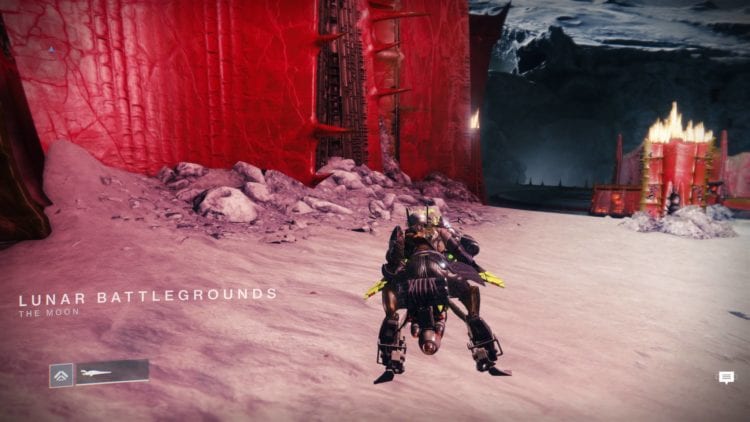 The first step is to find the raid’s entrance while patrolling on the moon. Fast travel to Sorrow’s Harbor and make your way to the Lunar Battlegrounds (where you undertook the first campaign mission in Destiny 2: Shadowkeep).

When you get past the transition area, look left and you’ll see an entrance to a cave (seen above). Follow it and you’ll spot a giant Vex gate. There will be three waves of mobs that’ll spawn here. After that, you’ll face a Gate Lord boss. Take it out easily and pick up the drops. Time to begin the Divinity exotic quest proper. 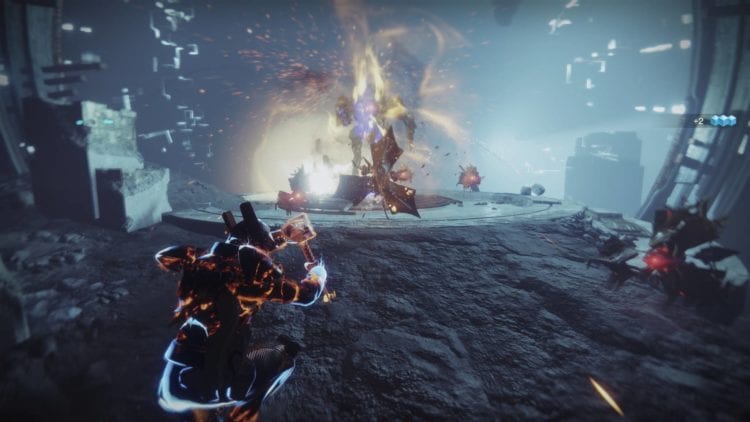 If you take a look at the Divinity’s exotic quest description, you’ll be told that you have to find Vex confluxes just so you could analyze the Vex cores. However, since there are none of these confluxes on the moon, your next best bet is on Nessus. There are three of these which you need to access in Nessus’ lost sectors. They’re a little hidden as well.

All three confluxes will have a similar process. Once you access them, they’ll turn red and a couple of Vex mobs will spawn. Kill them and you can complete the integration for the Vex cores. Anyway, here they are:

Once you enter the lost sector, look to your left where the two hobgoblins are perched on the ledge: 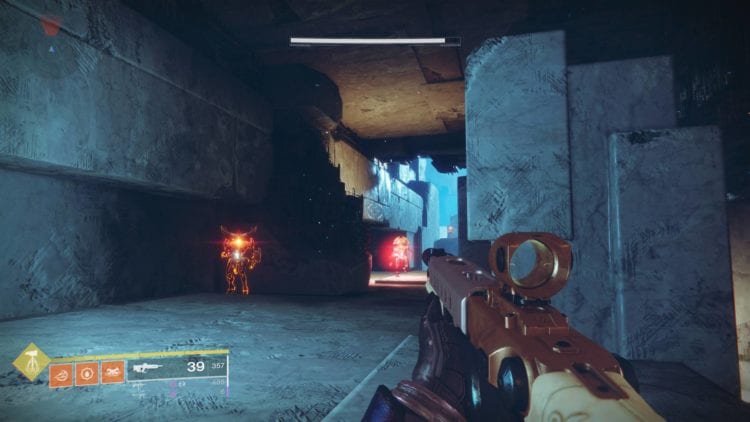 It’s inside this cubbyhole above them: 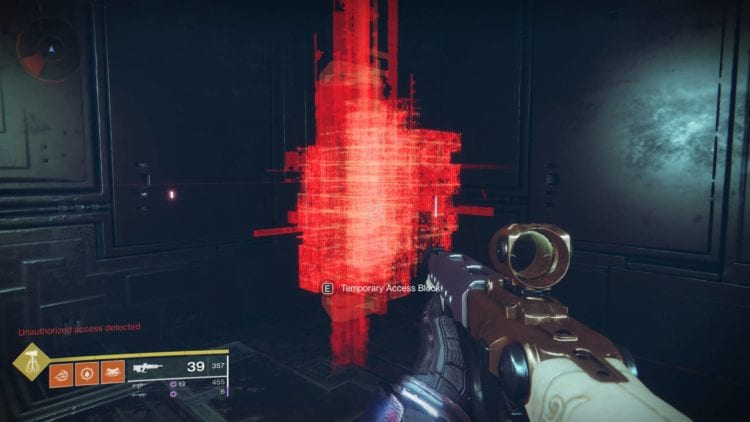 The Cistern – The Conflux

Once you enter this lost sector, look to your right: 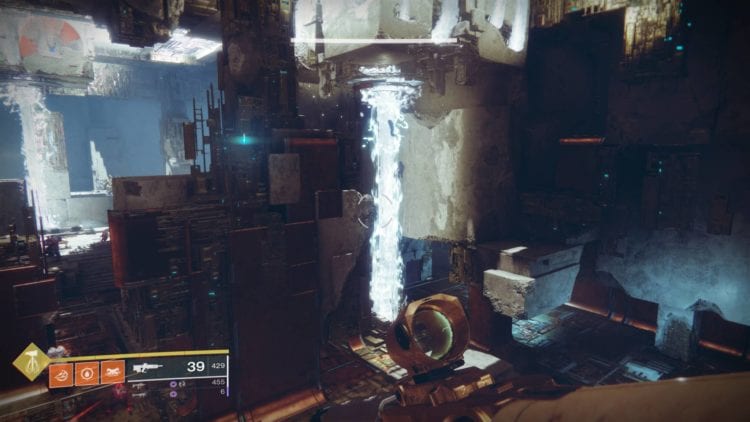 The conflux in the, err, Conflux lost sector, is in this little room: 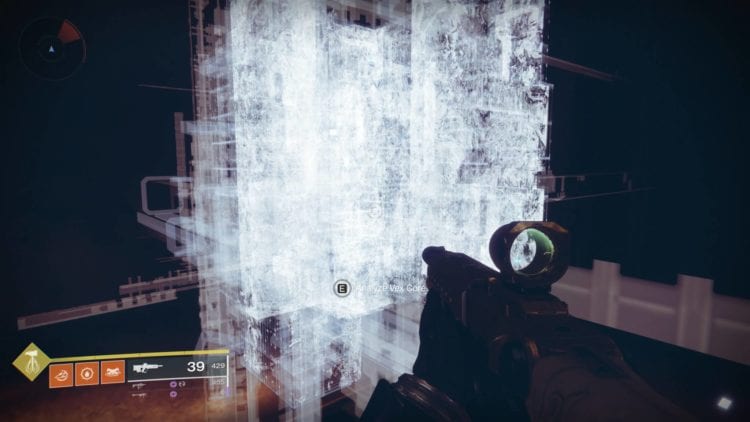 This one’s the easiest to find. Just keep moving forward through the lost sector. Halfway through, you’ll spot the conflux to your left: 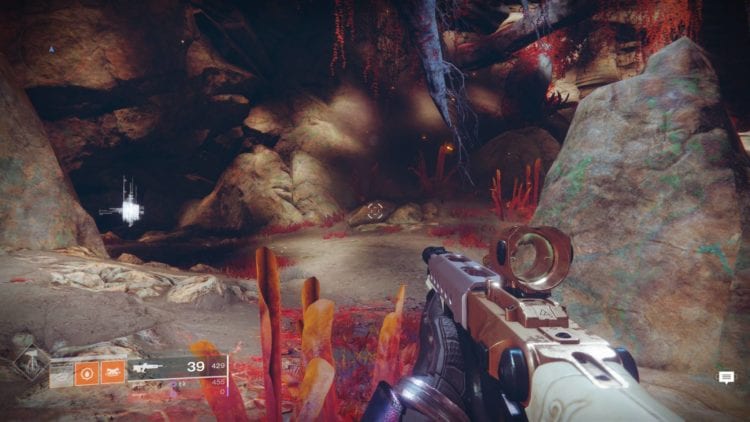 You’re now done analyzing all three Vex cores. Good job, Guardian! But, you still have to put in more time and effort.

The Black Garden and the Vex Offensive

Your next step to obtain Destiny 2: Shadowkeep‘s Divinity exotic trace rifle is fairly easy. All you need to do is kill 120 Vex inside the Black Garden. Simply start the Vex Offensive activity and start killing everything.

You don’t need to be the one to land the final blow. You don’t even need to pick anything up. Any kill that occurs will automatically credit you with the materials needed for this step.

Note: If you need help accessing the Vex Offensive, check out our Eyes on the Moon quest guide for the initial steps. If you’re having trouble with the activity itself, take a look at our Vex Offensive guide. 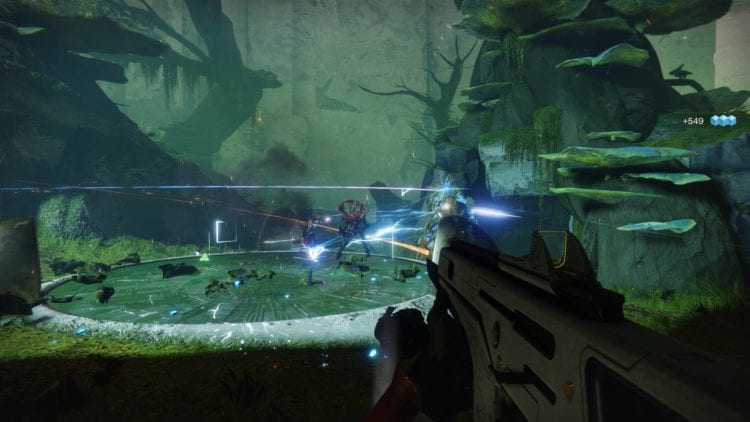 When you’re done with your 120 kills/quest items, fly back to the moon in the Sanctuary landing zone. Use the Lectern of Enchantment next to Eris.

You’ll need to exchange 30 phantasmal fragments to get the next quest step. You can farm for these while patrolling on the moon or you can just exchange for the materials via the Lectern of Enchantment. 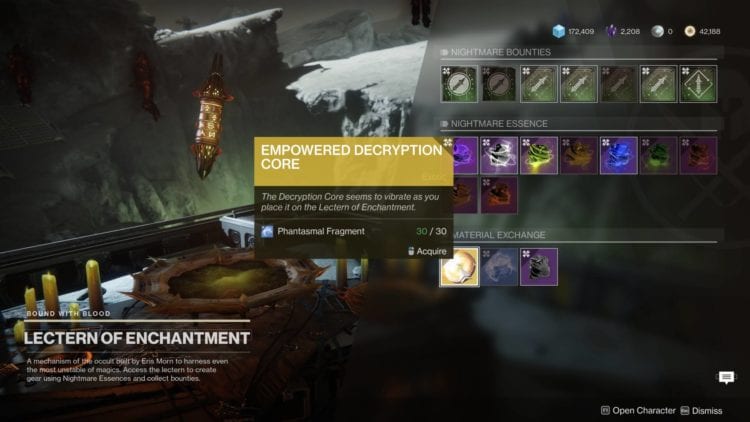 Destiny 2: Shadowkeep – The Divinity exotic and the Garden of Salvation

Anyway, there are six puzzles all involving the tether mechanic in the raid. Their locations are as follows:

Words cannot do the mechanics justice, and you need to see it to believe. In fact, here’s a video from Destiny 2: Shadowkeep pro player Datto who’s captured all the moments while he and his fireteam completed the puzzles:

The final step in order to get the Divinity exotic trace rifle in Destiny 2: Shadowkeep? It’s none other than defeating the Garden of Salvation’s final boss, the Sanctified Mind. When you’ve done all the puzzles leading up to the boss, and he’s toast, the rewards room will have a second chest containing the Divinity.

This weapon is invaluable in raids due to the Penance debuff. You only need one player to shoot a boss long enough (a little over four seconds), a blue aura lets you know that Penance is applied. This debuff weakens a boss, allowing you to do more damage. It also stacks on top of tether, melting point, and any other debuff effects. Lastly (though unconfirmed), it seems to increase the crit spot of targets to the entire aura itself. For instance, when facing off against the Consecrated Mind in the Garden of Salvation raid, you can unload all your Whisper shots without needing to reload as long as you’re hitting the blue aura. 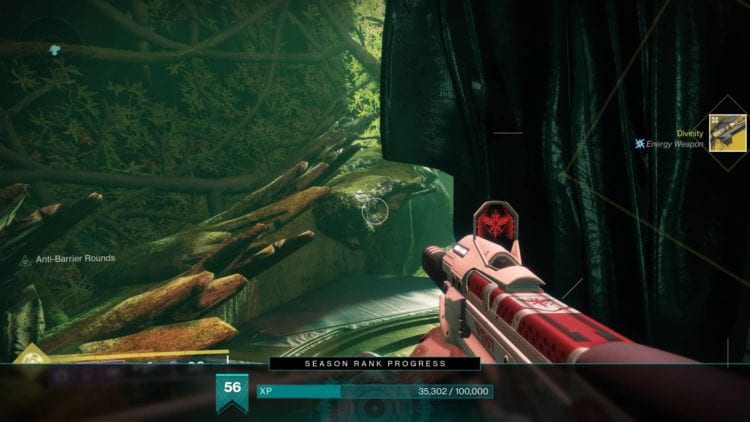 Destiny 2: Shadowkeep is available on Steam. As usual, do check out our guides and features hub for everything you need to know about the expansion.