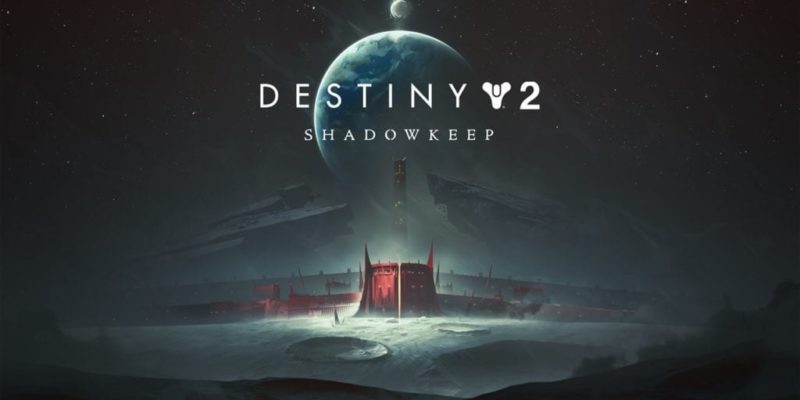 A new year begins for Destiny 2. The comet or major expansion known as Shadowkeep has arrived and with it comes the free-to-play version known as New Light. We’ve got a lot in store for you in our Destiny 2: Shadowkeep guides and features hub.

Below, you’ll see the calendar of content drops coming your way throughout Shadowkeep or the Season of the Undying. More articles will be published as we continue to progress through the game. 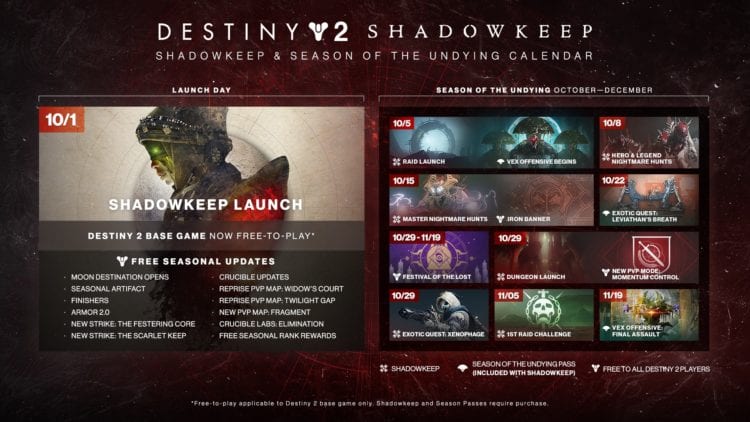 Destiny 2: Shadowkeep Official Review – In keeping with our review guidelines, our official review won’t have a final score until we’re able to complete the Garden of Salvation raid and the Vex Offensive activity, just to see if the endgame loop is engaging. That should be around this weekend.

Destiny 2 PC Technical Review – Having switched from console to PC, I checked out just what the game offers. My oh my, it’s quite a sight for sore eyes in more ways than one.

Destiny 2: New Light vs. Shadowkeep – We mention the content you’re getting via the free-to-play version and what you can expect from the Shadowkeep expansion.

Beginner’s Guide for New Guardians – For newcomers to Destiny 2, this is our collection of guides for the content that’s available for the free-to-play game.

Shadowkeep Leveling Guide – Here’s how you can get your Guardian from 750 to 900 PL really fast, and what you need to do to keep progressing beyond that.

Leveling exploit for your Titan – Be sure to do this quick before it gets patched!

The Garden of Salvation raid – The main endgame activity in Destiny 2: Shadowkeep takes you to the heart of the Black Garden to face the Vex threat once more.

Exotic Quest: The Leviathan’s Breath – The first-ever bow that can be equipped in the heavy slot is finally here.

Exotic Quest: The Xenophage – This machine gun fires explodey rounds, perfect for those who love carnage!

Starting the Eyes on the Moon quest – This quest step provides access to the Vex Offensive activity.

Vex Offensive – The evil robots are on the moon in Destiny 2: Shadowkeep. It’s time to stop them in this activity for up to six players.

The Final Assault and the Undying Mind – An old boss makes its return in the Vex Offensive.

The Pinnacle Rewards system is a frustrating mess – Speaking of pinnacle rewards, here’s an opinion piece on why the current endgame progression is tiresome and unrewarding for players.

Master Nightmare Hunts – This endgame activity will challenge you since it has enemies and Nightmare bosses at 980 power level.

Festival of the Lost 2019 – Eva Levante wants you to head back to the Haunted Forest, collect masks and candy, and obtain the Braytech Werewolf auto rifle in Destiny 2‘s annual Halloween-themed event.

Accessing the Pit of Heresy dungeon – Destiny 2: Shadowkeep’s brand new dungeon has a short attunement quest before it becomes available.

Pit of Heresy complete guide – Featuring several encounters and numerous traps that litter various areas, the Pit of Heresy will be quite a doozy. But, it’s an enjoyable romp nonetheless.

Raid Challenge #1: Leftovers – The first Garden of Salvation raid challenge will have you ignoring a few Vex cyclopes.

Raid Challenge #2: A Link to the Chain – The second Garden of Salvation raid challenge requires you to tether at the same time.

Raid Challenge #3: To The Top – The third raid challenge requires folks to bank a lot of motes, sister! 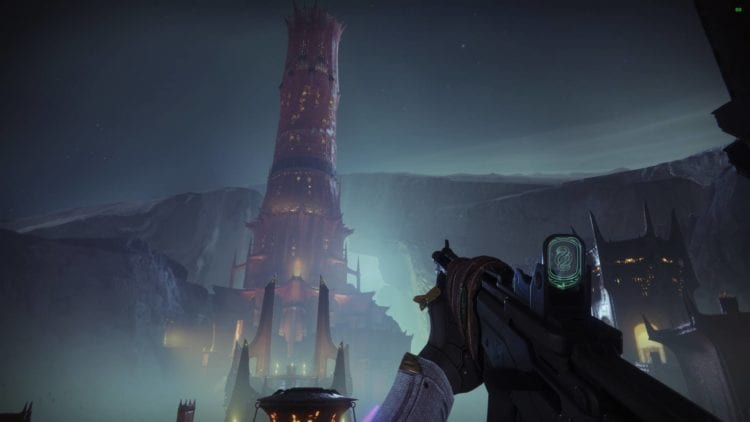 Keep this page bookmarked and stay tuned as we add more articles related to Destiny 2: Shadowkeep. We’ll promise to give you more treats than Eris Morn and her raisins. For now, you can check the game’s store page on Steam.