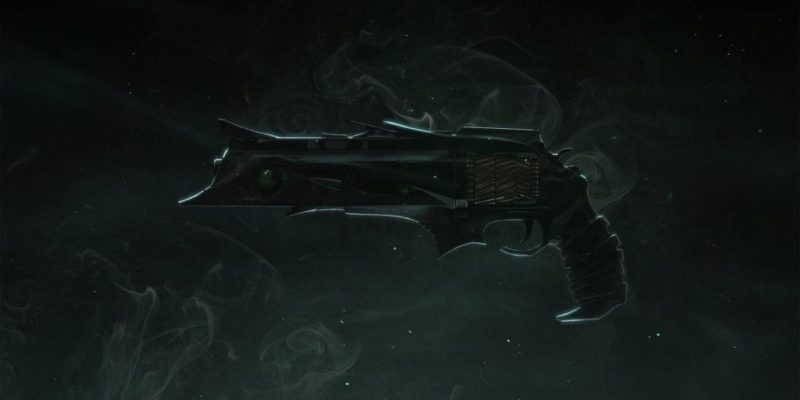 Thorn. One word. One gun. It’s perhaps the deadliest Crucible weapon in your Guardian’s arsenal back in Destiny 1, and also one of the most annoying to come up against. And now, it’s back with a vengeance in Destiny 2’s Joker’s Wild DLC/Season of the Drifter. It’s part of a lengthy exotic quest line, but the rewards are worth it once you get your hands on this baby. It’s got a fast time-to-kill (TTK) and it also leaves a damage-over-time (DOT) effect. Fire a few shots, hide, and let that DOT melt your opponent’s health. Here’s our guide on how to obtain it. 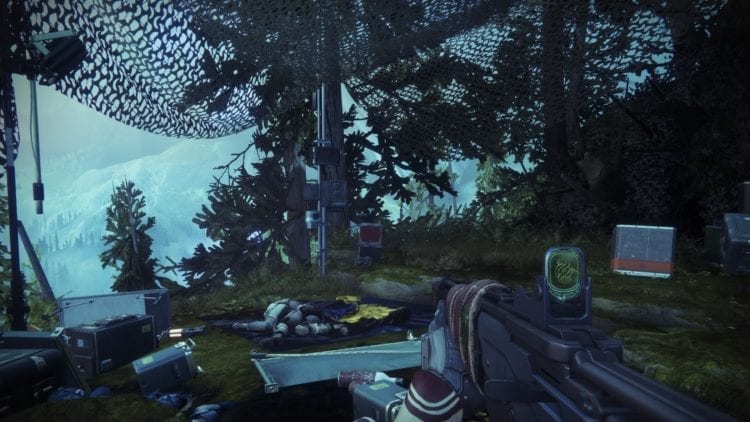 An abandoned camp which you’ll reach once you get past the Salt Mines lost sector in the EDZ. This is where the Thorn exotic quest starts.

If you’ve been paying attention to your postmaster mailbox, you might’ve noticed a Warlock by the name of Aunor drunk texting you. One of those messages happens to be a clue that leads you to the starting point of the Thorn exotic quest.

Head to the EDZ and into the Salt Mines lost sector. It’s fitting that you start your journey here since Thorn deaths in Destiny 1 have often led to salty feelings. Head to the transponder which will teleport you to the mountainside. Hey, remember this part from one of the earliest missions in the game?

Follow the path upwards leading you to an abandoned camp. Search the ashes and you’ll have the Thorn pursuit/exotic quest in your inventory. Fly back to the Tower and visit Banshee who will tell you what needs to be done.

Reddit user Arcxs also has you covered in case you get lost. Check out the video below:

You’ll need to collect 50 Hadronic Essence. Now, these aren’t just obtained while lolling around in patrol. You can only obtain them via the following:

Obviously, Nightfalls give you more bang for your buck. Crucible might be worth it if you like to PvP, but you’re not always guaranteed that a majority of your opponents are Warlocks anyway.

For this part, our team just decided to farm Pyramidion — arc singe, heavyweight. With each of us firing one Wardcliff Coil volley on Brakion, it died before it could teleport. Once we had three Pyramidion completions (45/50 Hadronic Essence), we just did one of Asher Mir’s bounties. 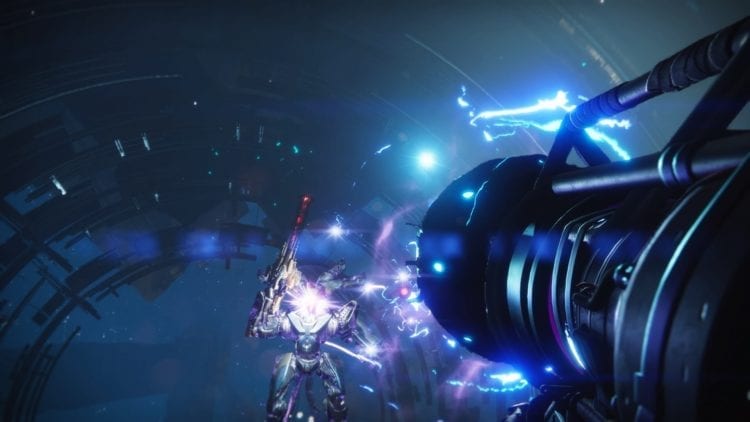 We just breezed through the Pyramidion thrice before doing an extra bounty from Asher Mir.

Next up, you’ll need to collect 50 Plasteel Platings. You’ll get them from:

Now, this is where it becomes a little more grindy. A heroic Blind Well isn’t that hard, but it can be a timesink. Even worse is if you can’t match with other players or you’ve run out of charges. We did four heroic Blind Well runs, and then we completed two bounties from Sloane. 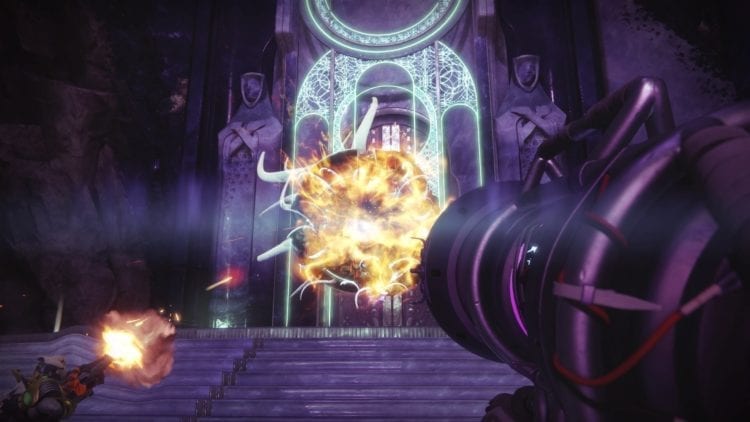 A Titan rushed the meatball with a melting point, and we just fired our Wardcliff Coil volleys.

It’s time to get Sapphire Wire on Mars, and here are the requirements:

This one is a lot easier, but, again it’s the time factor. We simply did Escalation Protocol, repeating the first wave over and over. Since the Flashpoint planet this week is Mars, and since you also gain resources from Ana Bray’s bounties, we hit three birds with one stone — like a Twin-Tailed Fox with, uh, an extra tail. 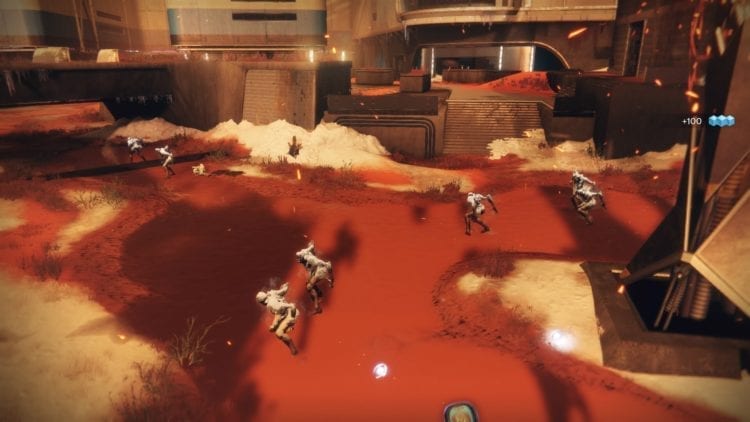 We did three of Ana Bray’s bounties for 15 points, and seven wave 1 clears.

Now comes the fun part. Remember, Thorn was one of the most widely used weapons in Destiny 1’s Crucible, so it’s no shock that Destiny 2’s Crucible will play a major role in the exotic quest. This part now requires you to achieve 500 points in total to attune the weapon.

Ignore the “points system” for now and just focus on the progress bar since you’ll need to hit 100 percent. Note that Iron Banner and the Competitive playlist award more progress.

Progression through this part comes from:

Naturally, to make the most out of these requirements, you’ll want to run with a void subclass while equipping a void hand cannon. If you check your Collections tab, you’ll notice all the void handguns you have, although some with random rolls cannot be re-acquired from this page (you’ll need to have them already in your vault). The Ikelos HC (from Warmind) and the Cold Sweat (Trials Year 1) are both viable choices. Likewise, if you don’t have those, then the Kindled Orchid (Black Armory) is another option.

Since Iron Banner isn’t available this week, you’ll want to do Competitive. One void hand cannon kill (body shot or precision kill) grants one percent to your total progress. Two headshot kills back to back, however, net you three percent. If you chain precision kill after precision kill with your void hand cannon, you should be done in no time especially in Competitive. Unfortunately, Competitive can also be a “sweat-fest.” There are too many talented and skilled players, or full stacks queueing, some of which are trying to ruin your fun with Luna’s Howls and Not Forgottens.

Quickplay can still be a viable option, albeit slower. I am not sure how many points are awarded per kill in Quickplay since I completed mine in Competitive. What I do know is that you are going to grind… a lot.

Also, if ever you’re not comfortable using any of the void hand cannons, you can simply opt for getting kills using other void weapons. Telesto, Hammerhead, The Colony, Le Monarche, Fighting Lion, Erentil-FR, and many others might be more to your liking. Additionally, you gain one percent from hand cannon kills as well even if they’re not void, so you can bring your Luna’s Howl, Malfeasance, Not Forgotten, or your tenth Better Devils. One last thing — death won’t reset your progress. Whoop dee doo! 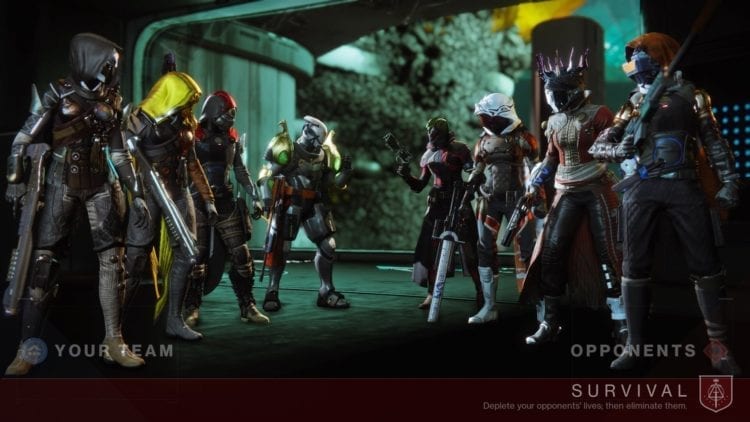 Getting kills in Competitive can be a challenge not just due to the skill of enemies, but because of fewer enemies or stricter match types.

The Farm And Savathun’s Song

Guess what? Now that you’re done farming kills, you’ll need to head to… The Farm! The forgotten hub is still in the EDZ’s destinations screen. Speak to Tyra Karn and she’ll tell you that you need to do a revised version of the Savathun’s Song strike. It shows up on Titan as the same old icon, except it’s now 660 power level. The modifiers are Blackout and Iron just to make things tougher for you.

The strike plays out the same as before, except there will be a couple of knight minibosses that appear towards the tail end of the boss fight. You’ll have to kill the two knights first before killing the boss. They aren’t exceptionally strong and a couple of Wardcliff Coil volleys would take each one out. Pace yourself, focus, and you should be done in no time.

Pretty soon, you’ll have Thorn — the exotic hand cannon that was responsible for turning Destiny into a salt mine for many a hapless Guardian. Pat yourself on the back because you earned it. Now, you’ve got three choices:

If you don’t have it yet but want to check it out in action, here’s a Rumble match from YouTuber CammyCakes:

That does it for our Thorn guide. We hope it helps you out. You can also check out our other guide for Destiny 2: Joker’s Wild/Season of the Drifter right here.

Borderlands 3 Gets Teased For A Reveal At PAX East