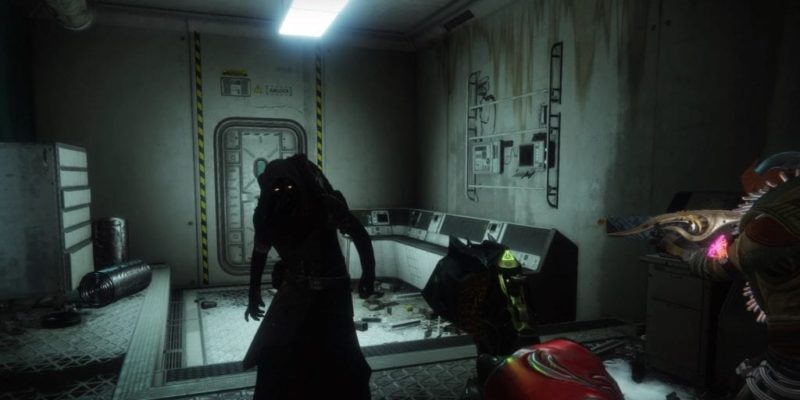 Xur is back again this week in Destiny 2. The old squid-faced emissary of The Nine has something new in store and it’s not just exotics but also his own bounty that rewards a powerful drop. Head on over to Titan’s The Rig zone to pay him a visit. 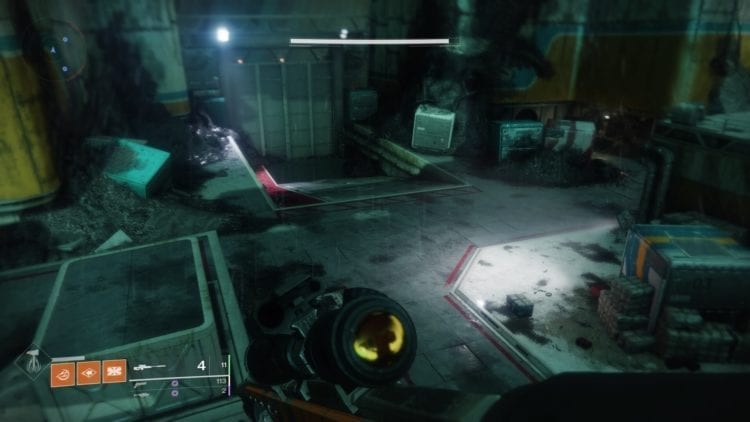 Go straight to where you’re about to enter the Savathun’s Song strike. He’s in a small room below where my character’s jumping at right now.

This week, Xur has the following exotics up for grabs:

The Orpheus Rigs is a must-have exotic for every Hunter. If you don’t have it yet, grab it now because you’ll need it for high-end PvE activities. The Chromatic Fire isn’t a necessity for Warlocks but it is an exotic from Destiny 2’s Forsaken expansion which means it’s fairly new.

Below that, you’ll also spot his bounty called “The World.” This one has the following tasks, all of which are done in the EDZ:

There seems to be a 20 percent drop chance for the quest items so just kill the mobs as you see them. Fallen and Cabal are plentiful in the EDZ anyway. As for the Taken, just run Lake of Shadows until you get enough samples. Your reward is a short cutscene (we won’t spoil it) and a powerful drop that’s apparently +6 to +7 of your character’s power level (PL).

Xur will be in Titan until the weekly reset. Do keep in mind that it’s available for all your characters. As for me, I held off on completing at least one of the steps since I still have a number of milestones I can do on my characters. I’m 692 PL now and I might get a 700 PL drop with a bit of luck.

Don’t forget to check out our updated leveling guide here for Destiny 2’s Joker’s Wild DLC/Season of the Drifter. 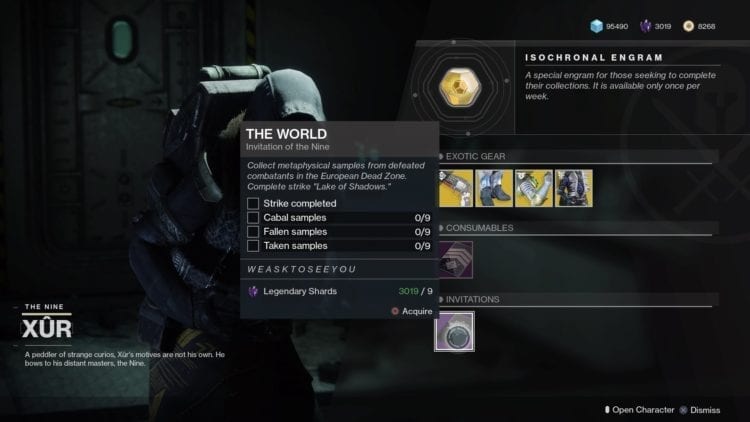 Xur finally becomes relevant again not just because of some decent/Year 2 exotics, but because his bounty is tied to progression.

There’s also an extra activity you can do this weekend and that’s the Reckoning’s Tier 3. It’s considered the pinnacle endgame PvE activity for Joker’s Wild/Season of the Drifter, but it seems almost too easy and forgettable.

If you’ve checked out our Reckoning guide, you’ll know that Tier 1 is very manageable and only Tier 2 might cause a few issues. Tier 3 is almost of no consequence, although you will need to be 680 PL and have a Powerful Synthesizer and three Gambit synths to make a wager in the “bank.”

The process is the same as the previous tiers. You clear out mobs for Tier 1. You then build the bridge for Tier 2. However, the final tier does have a surprise and it’s the Shade of Oryx from Destiny 1’s Taken King expansion. Check out a video below from Aussiehalo who was able to clear it within six minutes of the update going live:

You might want to do this today because the modifiers are Solar, Heavyweight, and Attrition. The first two guarantee more ammo and more damage from your One Thousand Voices and Whisper of the Worm, or even other heavy weapons such as Wardcliff Coil.

Don’t forget to check out our collection of Destiny 2: Joker’s Wild guides here to help you along during the Season of the Drifter.

Dead Or Alive 6 Goes Free To Play With ‘Core Fighters’

Bounce Pads Are Randomly Showing Up In Apex Legends

By A.K Rahming28 mins ago
Hardware