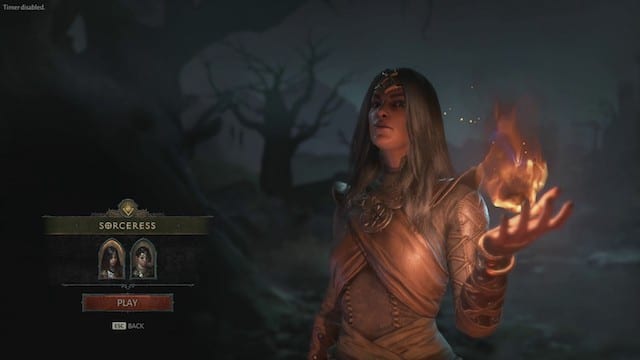 Over the past weekend, there was an overflow of news on Diablo IV, though several questions still have yet to be answered. For instance, what will the online experience be like? Can people play across different platforms? Well, The Telegraph recently conducted an interview with Blizzard co-founder and Diablo IV executive producer Allen Adham. In it, they asked about the possibility of cross-play between PC, PlayStation 4, and Xbox One.

So, will we have cross-play with Diablo IV?

While Adham didn’t completely confirm the feature, he did say the team was taking a close look at it. “We’re very excited about cross-play,” he explained. “There are technical details and details to work through with the first parties, but it’s our goal to get cross-play.”

Cross-play has become an important feature in current game releases as of late. Activision’s Call of Duty: Modern Warfare utilizes it to great effect. Psyonix made it work with Rocket League as well. Meanwhile, Blizzard has yet to make the jump, though the company has noted interest in making it happen.

In a different interview with VentureBeat, lead lighting artist Sean Murphy reiterated this interest, though he stopped short of confirming it. “We have nothing to announce with cross-play, but that is a topic that we are interested in.”

Fortunately, the Diablo IV team has plenty of time to see what their options are when it comes to this feature. The game currently doesn’t have a release date, and whatever that date is, Blizzard does know that it won’t be soon. That’s too bad, but it does give the team plenty of opportunities to explore what’s possible — and, more importantly, to do it right.

We’ll see what comes our way as the game’s development moves into the New Year. But, for the time being, players can see what Diablo IV has to offer in the debut gameplay trailer below. Be sure to check out our report on skill and talent trees too.