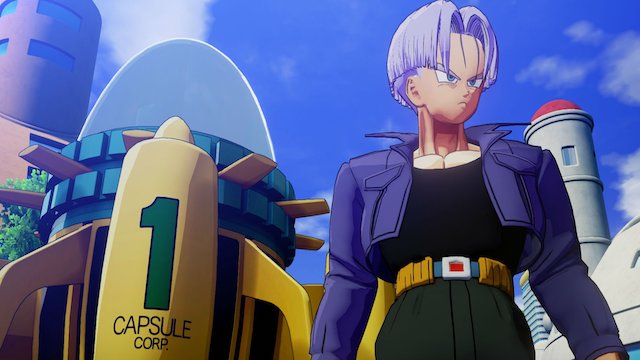 Bandai Namco just released the open-world adventure Dragon Ball Z: Kakarot last week. But that isn’t stopping the company from providing crucial updates to keep its experience worthwhile. As part of the latest free update to the game, the company revealed that it’s getting a significant addition — a time machine.

According to the publisher’s Twitter account, players can take part in a new sub-quest featuring Arale and Gatchan. As they do so, they’ll also be able to use a time machine to revisit any sub-quests they might have missed. Some of you — especially those of you that are completionists — will see this as a worthwhile feature in Dragon Ball Z: Kakarot.

A FREE update is headed your way in #DragonBall Z: Kakarot!
Help Arale and Gatchan in a new sub quest, and get access to the Time Machine to travel back to previous arcs and complete the sub quests you've missed! pic.twitter.com/i0dGzln5gP

You will need to unlock the time machine first, but you can do this by completing the sub-quest at hand.

The interesting thing here is how Arale and Gatchan tie in with the series. Fans may recall that they aren’t exactly regulars. They did guest star in the General Blue Saga in Dragon Ball and also appeared in Dragon Ball Super. But otherwise, they’re normally found in Dr. Slump.

This is likely one of many surprises coming with Dragon Ball Z: Kararot’s updates in the months ahead. It’s unknown what other mysterious characters might lie in wait. But considering how today’s ended up being received, Bandai Namco will likely have something cool down the road.

Today’s update is free of charge and doesn’t tie in with the current Season Pass for the game. But details on what’s to come — possibly with a roadmap — should be available soon.

Dragon Ball Z: Kakarot is currently available on Steam. It comes with anime excitement galore, and you can see what it’s all about in the trailer below. There are Deluxe and Ultimate Editions as well, for those that want to get the Season Pass ahead of time.