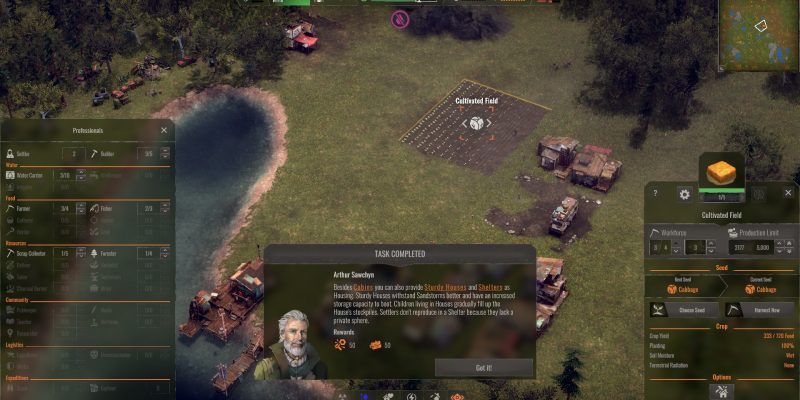 Endzone: A World Apart will not nuke you if you mess up a bit at the start of the scenario. Nevertheless, it’s still nice not to stumble when taking your first steps. So, let’s look into the things you need to do to turn your humble beginnings into semi-prosperous proceedings. Yes, this is an Endzone: A World Apart beginner guide.

Note: This is a beginner’s guide for Endzone: A World Apart. For a more in-depth look at certain mechanics mentioned here, you may also check out our guides regarding buildings/production chains and expeditions.

Note 2: Do play through the game tutorial, as it takes you through the basics and advanced mechanics in a non-threatening, hand-holding manner.

The spherical cow of Endzone: A World Apart starting conditions is 10 adults and five fairly useless children. Here’s our suggestion on how to get your settlement off on the right rack: 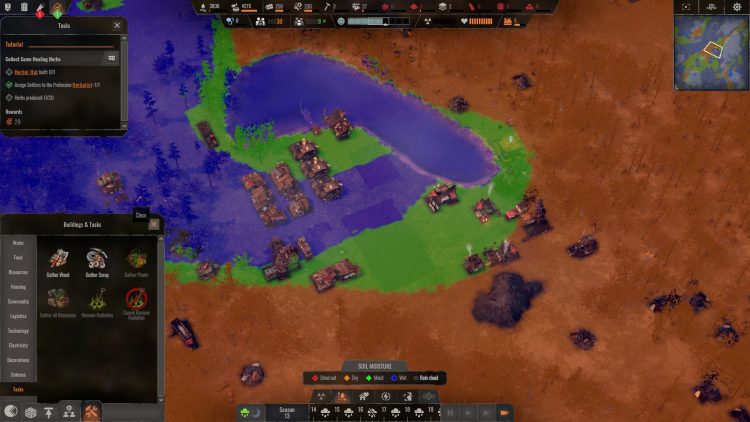 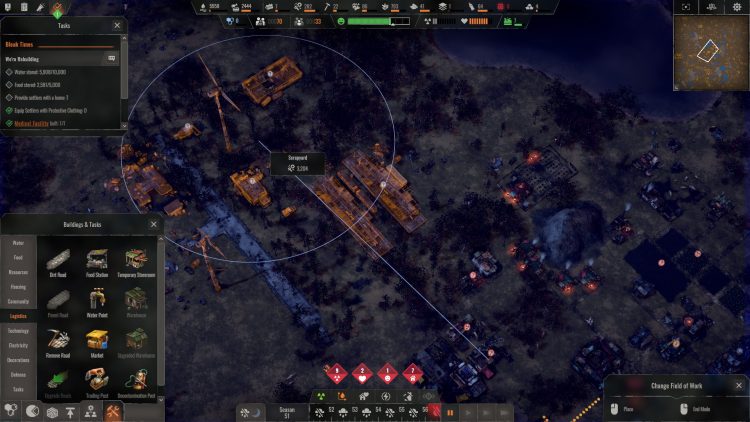 What to do next

The steps above will have a very rough and not very efficient economy going. But once you have some breathing room, you can consider more options:

At this point, your settlement should go somewhat steadily, covering most of its basic necessities.

Note 3: If you’re in a bit of a bind resource-wise, your settlers might give you a mission to improve the situation. No reason not to accept as you’re already trying to solve the issue, and it will give you more resources. 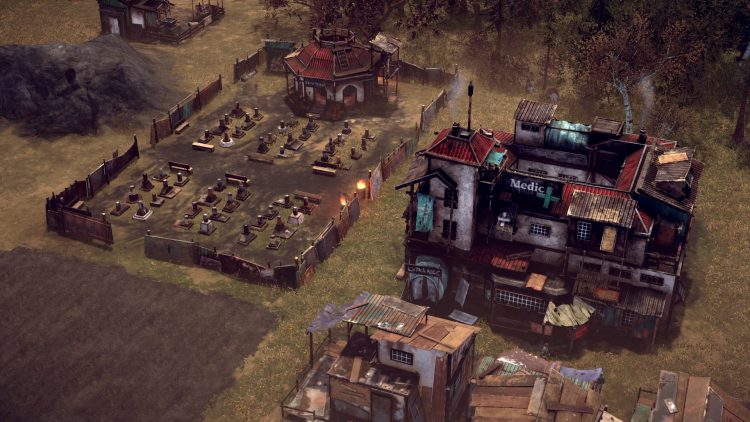 What to expect in the future

Now you start planning for luxuries.

Expeditions Station: Important for a variety of reasons that have to do with research and resources, and also fun.
Graveyard: Collects unsightly corpses, recycles gear.
Pastures: Allows you to farm a variety of animals, making it an almost drought-independent food source.
Medical Facility: Treats large-scale plagues.
Forum: Makes settlers feel better and allows you to pick from a variety of missions, some with unique rewards. Also issues edicts, but they’re kinda lame.
Researching defense: Raiders will come sooner rather than later, but you can’t even research defensive towers without finding the required tools for tier 2 research via expeditions.
Electrification: Electrification improves the productivity of everything. Again, it needs at least tier 2 research to even get to the first buildings in the chain.

Hopefully this beginner guide gets you going in Endzone: A World Apart and leads to many radiant memories of radiation-filled adventures. We also have guides on other games like Wasteland 3 if you need more help in the art of survival.

Overcooked! All You Can Eat — Is it worth it?