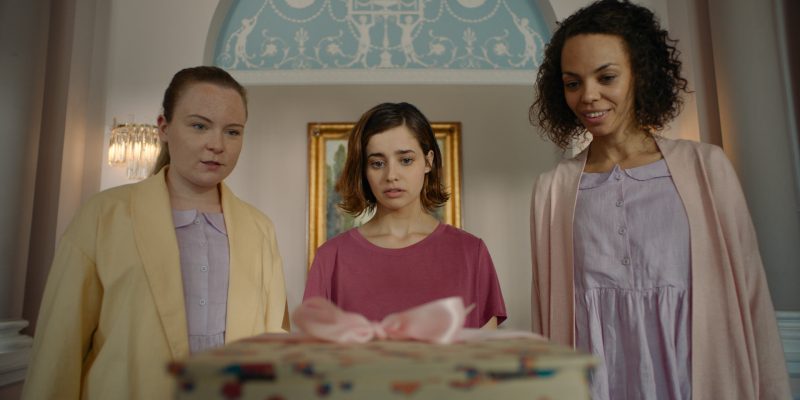 The thrilling story of Erica will soon release on PC. Developer Flavourworks announced today that the live-action FMV game, which was previously locked in as a PlayStation 4 exclusive, arrives on PC on May 25. In the meantime, eager fans can wishlist Erica now via Steam.

Erica is a choose-your-own-adventure game where every decision can lead to a new consequence. However, unlike other choice-based narratives, this one is basically an interactive film. Think Black Mirror: Bandersnatch and Life is Strange combined. Starring Holly Earl and Terence Maynard, Erica follows a young woman dealing with trauma after her father’s murder. When new clues surface regarding his death, Erica is determined to solve the dangerous mystery at Delphi House. Players choose how they interact with other characters to build or break relationships. Several different story outcomes await, giving Erica major replay value.

Just like clockwork, Erica has already appeared on Steam. You can wishlist the thriller ahead of its May 25 release. According to the press release, Erica will have a 10% discount on release day.

Erica is perfect for those who love a gripping story

The suspenseful trailer, as seen below, reveals just a few of the choices players will have to make. The murderer has struck again and it’s up to Erica to discover who killed her father. Of course, the path to the truth is dangerous, so players should make careful decisions.

Erica is a great choice for gamers who love a good story. Although there isn’t too much gameplay action, the adventure does use touch mechanics to put players in Erica’s shoes. This adds another interactive layer to the live action film-style game while still keeping it playable for everyone.

“The way that the world is tactile, that transitions are seamless, and the marriage of film and gameplay is harmonious, leads us to believe that we have redefined what FMV can be,” Flavourworks Creative Director Jack Attridge said in the press release.

By Tim McDonald19 mins ago
Features