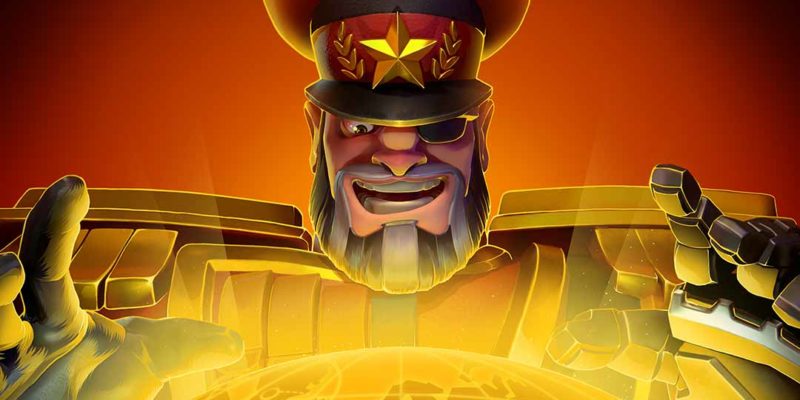 Evil Genius 2: World Domination helps you to fulfill your dreams of becoming the ultimate Bond-like villain, complete with an island-based high-tech lair built inside of a mountain. Although, taking over the world requires more than grand plans. You need minions to maintain your operations, guards to protect your ill-gotten loot, mad scientists to invent dastardly traps, and valets to prevent the Forces of Justice from discovering your plans.

Richard Edwards, Lead Designer for Evil Genius 2, spoke with PC Invasion during a preview event and said that one of the biggest challenges in developing the sequel was in capturing the spirit of the first game, which has become a cult classic.

“At every opportunity we have, we’re putting that ability to be evil straight into the players’ hands,” said Edwards. “As long as you feel evil – as long as you feel in control – then we are doing the right thing.”

A base fit for an Evil Genius

There are three pre-designed islands, all with giant mountains to carve out and call home.

“We wanted to make sure we’re giving players the best experience per island,” Edwards said, explaining why they aren’t procedurally generated. “Rather than generate something and hope that the player has a good experience, we’re making sure that each island has its own distinctive flavor and play style.” 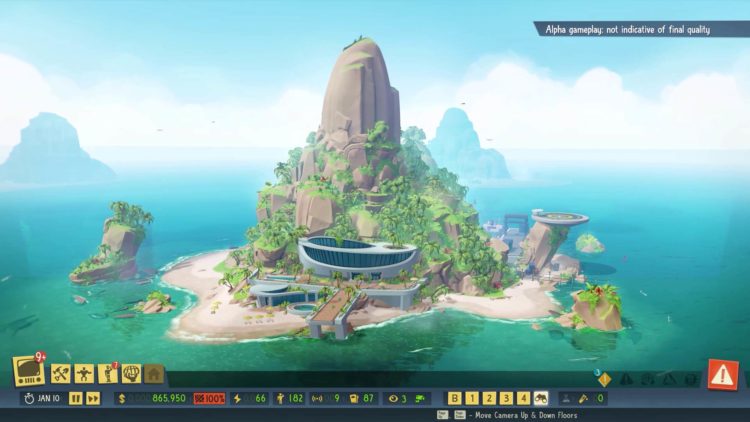 Although your choice of island home has some influence over gameplay, it’s not as impactful as your choice of Evil Genius. Each island is comprised of several components, the first of which is a high-end casino that acts as your legitimate front as you enact plans to take over the world. At the rear are docks and a helipad that help separate the two worlds. Although it’s unlikely that the casino will become your primary source of income, they can be configured to earn a small bit of income. Or they can be dedicated completely towards thwarting do-gooders.

Building rooms isn’t an instant process. Instead, minions use a multipurpose tool called the Lair Builder 5000, which is used to dig through rock, carry heavy equipment, and… dispose of bodies. Equipment and furniture need to be retrieved from a depot and carried to the building site, so players will need to keep that in mind as they expand their bases. Additionally, cosmetic items are more than cosmetic. They’ll have small bonuses, such as how a trophy case can boost the efficiency of a training area if placed close enough. 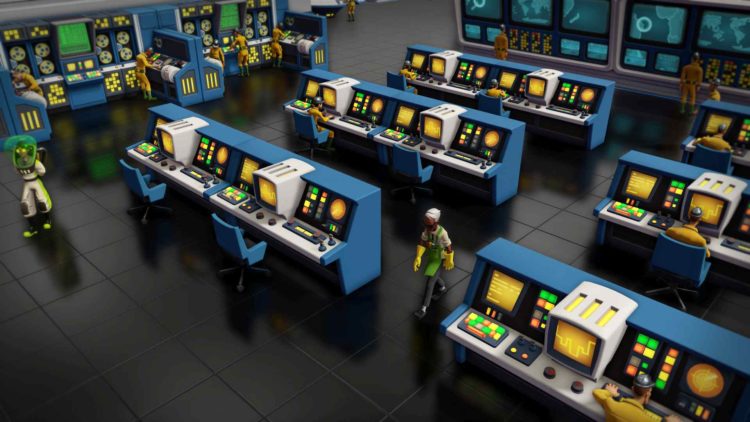 One of your primary objectives is to acquire gold to fund your evil operations, which means that you’ll need to build well-guarded treasure rooms that are preferably surrounded by a network of traps. It’s also worthwhile to run a couple of heists to steal some world monuments which you can decorate your lair with and receive bonuses from.

For example, an Easter Island head makes a surprisingly effective surveillance device once it’s hooked into your network, since it’s always watching and never sleeps. In the gameplay presentation, Edwards also showed us the mythical sword in the stone from Arthurian legend alongside the Statue of Liberty’s brightly shining torch locked away in the treasure vault.  Even with a mountainous base, it seems it would have been too difficult to sneak the entire Statue of Liberty into your base. The treasure room was protected by the golden doors of Fort Knox, which are said to be more valuable and easier to steal than the gold they once protected. 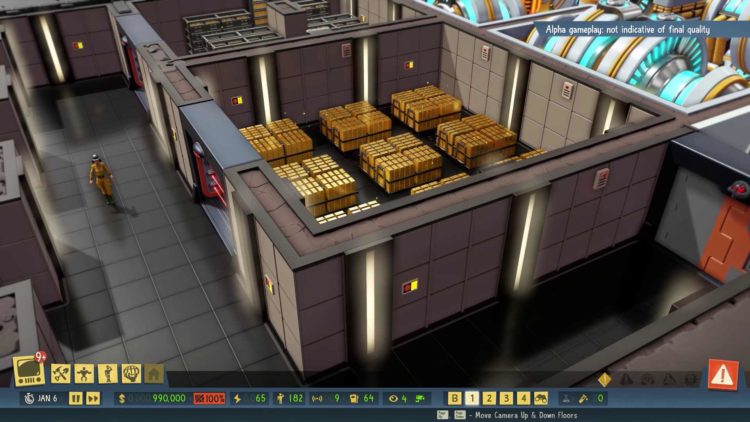 Of course, traps such as a big shark tank need to be researched and built. Comparing the trap system to the first game, Edwards explained that the flow is a bit easier in Evil Genius 2. Traps snap together and automatically network as they are set down into corridors instead of relying on an arcane linking system.

As a result, players are encouraged to experiment with different trap combinations and modify them as they see fit. Minions are also less likely to set off your traps this time around. If they’re caught in an area when an enemy trips a big fan that blows them into a shark tank though, then they’ll meet an untimely end.

Minions are the lifeblood of your organization. You start with the all-purpose yellow jumpsuit minions, who build your rooms, clean up messes, and generally keep the base humming along. They can’t necessarily be trusted with more demanding tasks though. You will need to train your personnel to specialize in one three different archetypes: Muscle, Deception, and Science. 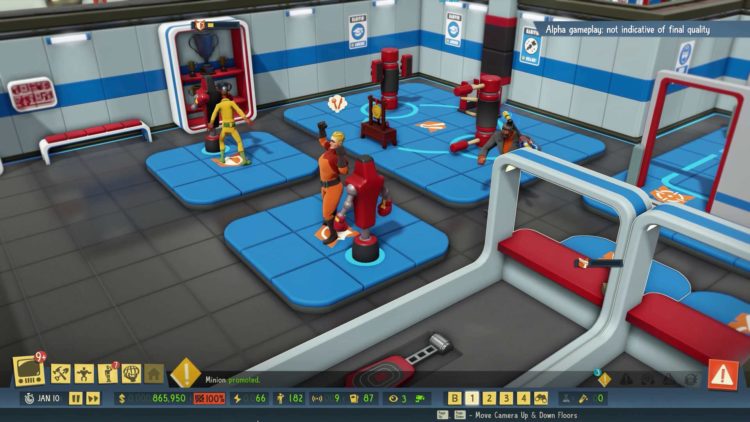 With the Muscle specialty, minions can be trained to become Guards, which can be assigned to posts to watch over your hallways and spot spies in disguise. Guards can become even more specialized to become Mercenaries, which are better at using high-end weapons. The main downside of having too many Mercenaries is that you’ll have to arm them all to make them effective. The final tiers are martial artists that can subdue and capture enemies alive for interrogation. Or they can become Hitmen, who make sure your problems end up in body bags.

For Deception, minions can be trained into valets, who run your cover operation by keeping tourists occupied and throwing the Forces of Justice off your scent. More training turns them into Spin Doctors, who use their silver tongues to convince people that every casino has ray guns and other weapons of mass decoration. The top tiers include Counteragents that can spot enemies before they begin their infiltration, and Socialites who ensure that tourists never spot anything suspicious.

In the Science field, minions specialize as technicians that extinguish fires and repair anything that’s broken to keep your traps and rooms in good working order. Further training turns them into Scientists that can research new technologies for defending your lair and enhancing your organization. They in turn can become Biologists, who are critical in technologies that involve living things, such as the iconic shark tank trap. Lastly, there are Quantum Chemists, which Edwards didn’t elaborate too much on aside from how they come up with the maddest of mad inventions. They also prove that everything sounds smarter when you add the word “quantum” in front. 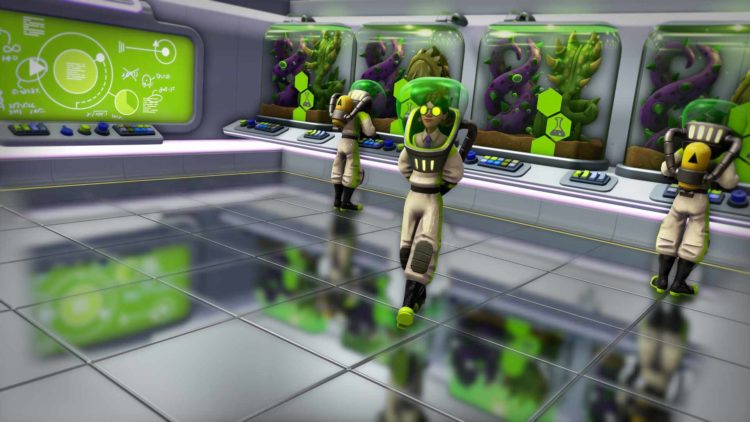 Biologists improve on nature for your benefit.

An army of underlings

Given the risks involved with running an evil enterprise, there is an incredibly high turnover rate in Evil Genius 2. As in the previous game, players set the number of desired minion types, and evil HR ensure that ranks remained filled and minions are trained as underlings perish, so long as you have the funds. According to Edwards, each minion serves a critical purpose, and players should never feel like they should ignore or discard lower type minions just because they have a shiny and new version. Upgraded units offer specialization, but they don’t necessarily make the lower tiers obsolete. It’s not like you can count on a Biologist to put out fires around the base. Who would tend to the sharks? At the same time, Hitmen would have a terrible time trying to take enemies alive.

Edwards also explained that base minions will have special traits that may provide tangible benefits. Mixed in with jokes and Easter eggs, are traits such as being able to more easily see through disguises or a clear disposition towards mad science. In these cases, the system will ensure these types of minions are trained into specialties that best match their talents. Additionally, the Martial Artist specialization isn’t necessarily weak against armed opponents. In fact, he said that players can arm their units with staves to knock enemies around with, and that it’s “very difficult to aim while you’re being beaten over the head.” 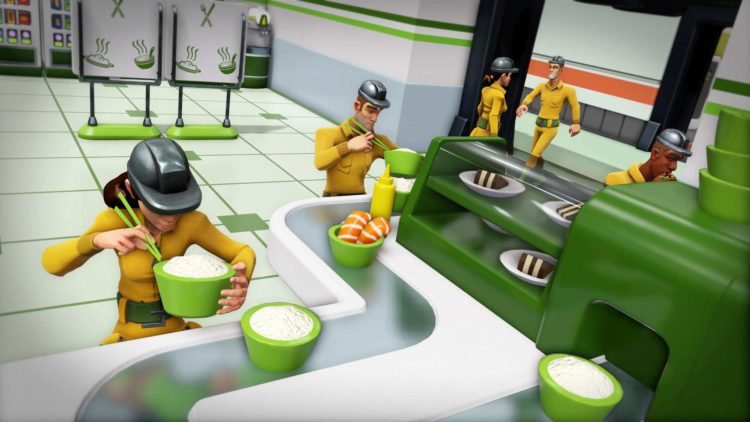 Minions do have needs such as eating and sleeping to keep morale up. Also, Edwards revealed that interacting with tourists will lower the morale of untrained minions by reminding them that they don’t get vacation time. However, some minions will naturally have high morale, and gadgets can be researched to help keep your personnel happy.

Red Ivan and his henchmen

We’re introduced to Red Ivan, who was a henchman in the first game with a habit for indiscriminately blowing up parts of the base with his rocket launcher. This time, Red Ivan’s back as an Evil Genius. Considering his one eye and metal arm (for literally ruling with an iron fist), it looks like he’s mostly learned his lesson. However, he still carries his trusty weapon, and players can instruct him to use it, making them responsible for all the collateral damage it may cause.

Ivan’s special ability is called “Do it Now,” which creates an aura around him that causes minions to prioritize the jobs within its vicinity at the cost of draining their morale. In the presentation, the ability was used to quickly call minions to come man unattended computer posts. 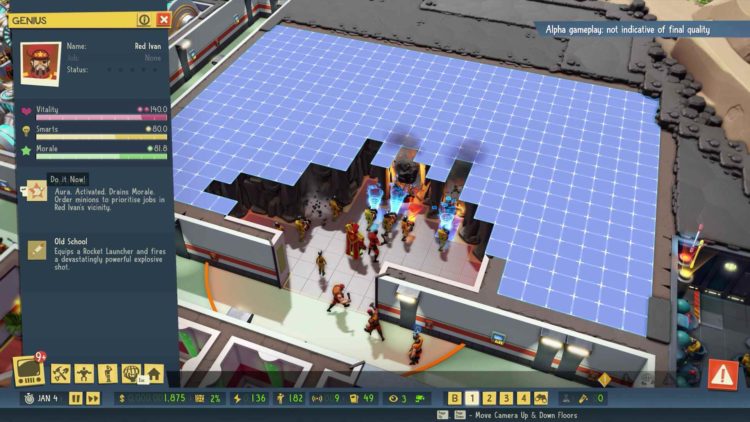 Do it Now encourages faster building.

Evil Genius 2 henchmen include Eli Barracuda Jr., the son of one of the henchmen from the first game. He followed in his father’s shoes by walking with a swagger and carrying a silver revolver, which changes him from a melee combatant into a ranged fighter. Edwards also revealed the aged samurai, Jubei, who still has the Windwalk ability that allows him to teleport to any point in the base. However, he’s traded his sword in for a staff, which makes him more likely to capture enemies alive, but he can be lethal when needed.

“We wanted to ensure that this was a full-fledged sequel,” said Edwards, explaining why they went with an elder Jubei instead of a younger version. “We don’t want to consign Evil Genius 1 to an archive somewhere. We want to make sure that we’re paying due homage to it.”

Jubei Jr. would have been hard to say, and it would repeat what was done with Eli. He went on to explain that they wanted to make sure that the henchmen are unique characters with their own personalities and narratives.

Each Evil Genius has a unique doomsday device, which can be built up to bring the Forces of Justice to their knees. Ivan’s is called Havoc, which Edwards describes as “big, destructive, and red – just like him.” It looks like a giant revolver barrel with constantly shifting pistons. Completing the weapon from the base of the mountain all the way to the top will force the Forces of Justice to surrender, but it’s no easy task. Alternatively, you can fire the device at any time (even while it is incomplete) and target any part of the world. However, doing so starts a countdown sequence that throws secrecy out the window as your enemies are alerted. 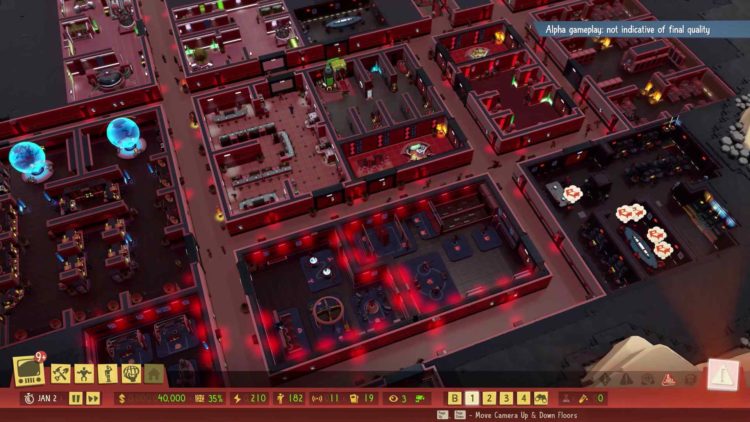 Putting your base into red alert.

Firing up the device sends your entire base into lockdown while tourists run for safety. Guards will take up their posts while your minions will drop unnecessary tasks such as eating, sleeping, and manning the control room to hunt down intruders. All non-combatant underlings such as scientists will lock themselves in rooms for protection. That’s when you’ll find out how well your lair is prepared against a full-scale invasion.

Evil Genius 2: World Domination releases on Steam in the first half of 2021. 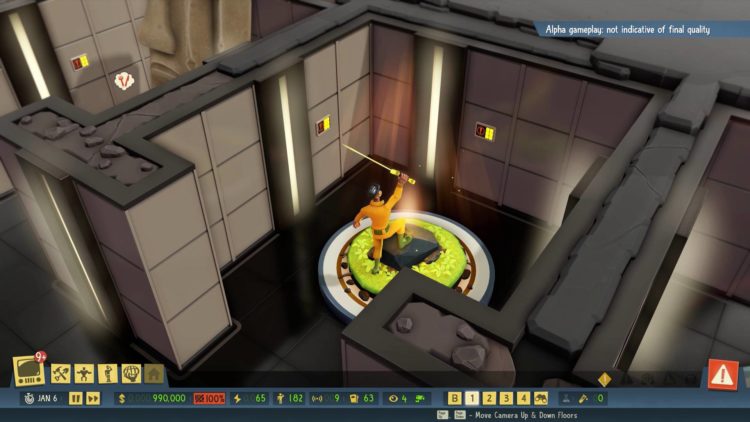 Does this mean that your minion is the King of England?