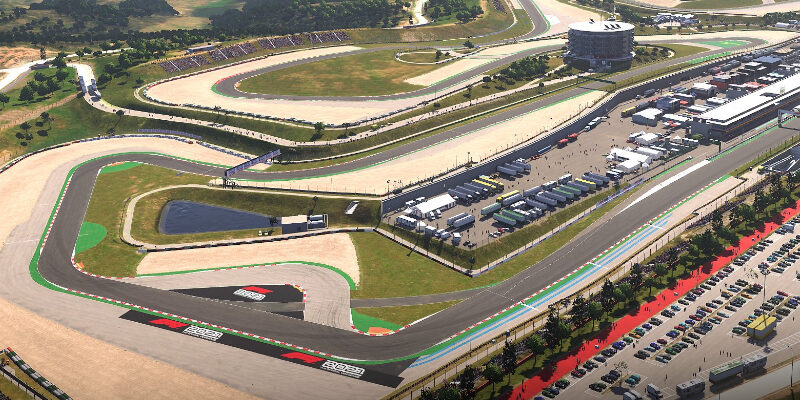 It’s been two months since the release of F1 2021, but we are finally getting the first of the new circuits. Alongside Patch 1.10, developer Codemasters has introduced Portimao into F1 2021. This is the first of three circuits that are expected to follow in the coming months.

Portimao is where the Portuguese Grand Prix is held. It is a technical race track that was first established in 1951. It has featured on the Formula 1 calendar several times but was absent for almost thirty years until 2020. Due to COVID-19 causing various travel complications, the FIA decided to bring it back to Formula 1.

With Portimao added there are now only two more tracks that Codemasters need to add into F1 2021. The other two are San Marino’s Imola and Saudi Arabia’s Jeddah. The Imola Circuit is one of motorsport’s most historic tracks, dating back to 1981. It is infamous for Tamburello, the corner at which all-time great Ayrton Senna tragically died.

In contrast, Jeddah is a completely new track that has never been raced in Formula 1 before. It is a coastal street circuit similar to Monaco and will be raced at night just like the Singapore Grand Prix. Unlike many other street circuits, Jeddah will be a fast circuit with cars averaging over 160 mph.

Outside of the addition of Portimao, the new update has made some other notable tweaks to F1 2021. The stand-out change is that the performance update is now live. This means that the cars in-game will perform closer to their real-life counterparts. Codemasters has reset all leaderboard times to accommodate for this.

Additionally, an Aston Martin safety car has been added to certain tracks. In real life, an Aston Martin Vantage is occasionally used to fill this role, in place of the usual Mercedes AMG GTR. Finally, Patch 1.10 addresses a variety of bugs that should help improve stability as well as the overall gameplay experience.

Fortnite Season 8 sees the return of the Cube, The Sideways, and more