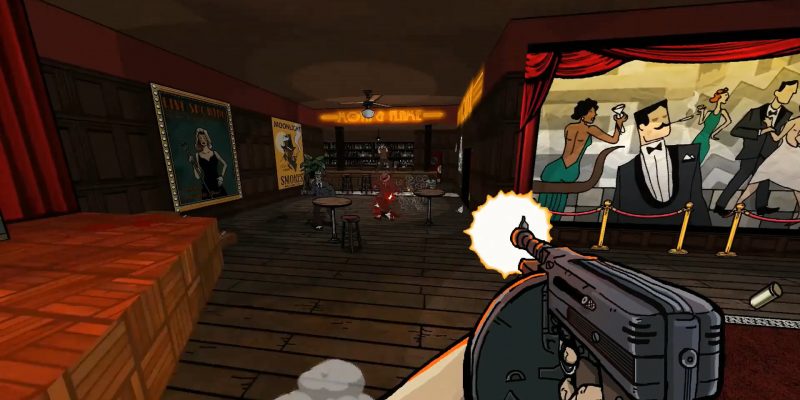 E3 2021 is well underway and apart from the major titles, many indie games have been under the spotlight. Fallen Aces joins the line-up with a brand new trailer. Published by New Blood Interactive, Fallen Aces definitely gives off some retro vibes. More specifically, Fallen Aces appears to keep the classic shooter element, mirroring the original Doom. In addition, the narrative of the game may even remind you a little of LA Noire.

The story behind Fallen Aces is simple. The A.C.E.S., the guardians of Switchblade City, are getting taken out and it is up to you to uncover the truth behind this mystery.

What to expect in the Fallen Aces game

This crime noir is not short on content, as there are three episodes and a multitude of levels to play through. The level design is non-linear, meaning you can progress through the game in any way you want. You can go down the stealthy route, or go all guns blazing.

In terms of weapons, some seem a bit less traditional than others. You can use pipes, trash cans, or even your fists. Perhaps, you may prefer to get your hands on a trusty pistol. One of the most interesting features of Fallen Aces are the visuals. The game uses hand-drawn art, which makes you feel as if you are really inside of a ’90s comic. Also, the sound reinforces this feel as it is made up of live orchestral keys, brass, and strings.

Fallen Aces will definitely provide a gritty first-person shooter experience. Unfortunately, a release date was not shared for Fallen Aces at the Indie Games Showcase. Currently, it is unknown how long you will have to wait to jump into Switchblade City. However, if you are interested in the game, you can check out more information on Steam.