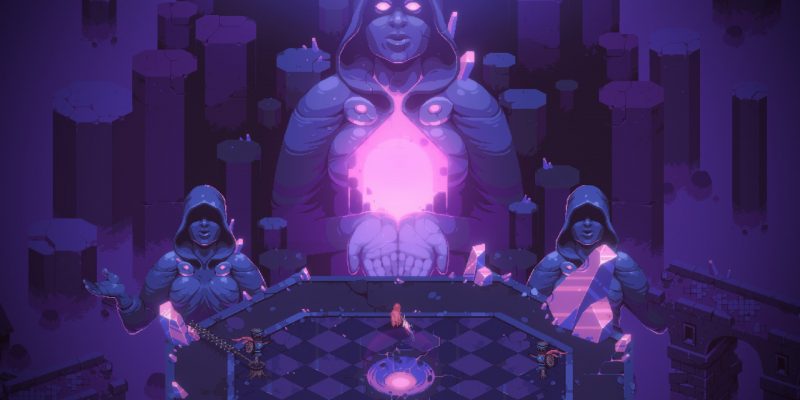 E3 2021 is well underway and it has featured a range of exciting showcases and game titles. If you are a fan of indie games, you’re in luck. Many exciting titles and release dates have been revealed over the course of the event. One of these announcements was for a Souls-like boss rush Eldest Souls, which now has a release date for PC. Created by Fallen Flag Studios and published by United Label Games, Eldest Souls is a pixel art boss rush game with fast paced and challenging combat for you to jump into.

The release date for Eldest Souls was announced at the Future Games Showcase in the form of a brand new trailer that takes you through the outline of the story. The trailer starts by exploring the beginning of mankind, which then found itself enslaved by the Old Gods. Eventually, this leads to mankind forming an uprising against the Old Gods and keeping them imprisoned. The trailer ends with an unknown protagonist looking over the chaos at the Citadel. The hero’s task is to overthrow the Old Gods for good.

Jumping into the Eldest Souls on release

While playing the game, you can expect to engage in a lot of combat. When fighting your way through the boss-rush combat, you can make your own combat style from different ability combinations. As you embark on your journey, you will encounter a variety of NPCs along the way. At the same time, you can embark on new quests as you explore the Citadel. This will allow you to learn more about the mystery surrounding the Old Gods.

The souls-like boss rush Eldest Souls released for PC on July 29. If you want to add this game to your wishlist to get notified when it is available, you can do so now on Steam.

By Kevin Foley24 mins ago
Hardware