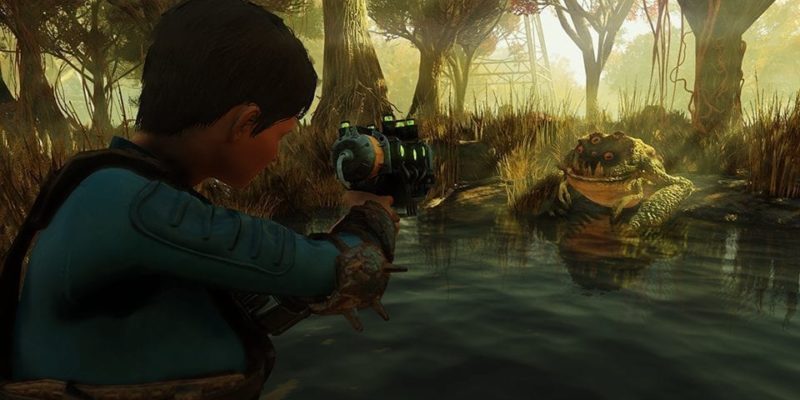 Programming is hard. I should know; I tried it for years myself. Sometimes when you go to fix one error, seven more pop up in its place, and at times, it’s usually a bug you thought was taken care of. Something similar seems to have happened with the latest patch for Fallout 76. While yesterday’s patch fixed a lot of bugs, some older ones that Bethesda had previously removed have now returned.

Namely, one of the biggest sources of headaches for Fallout 76 players is the heavy bobby pin glitch. Said pins now weigh 0.1 lbs in the inventory, cementing many players to the ground. There are other old bugs returning, such as slow fusion core spawn rate, as well as item duping. It’s all being cataloged by angry players at the Fallout subreddit. However, looking through the comments, it’s not all clear that these two problems still persist. Some are claiming that they are back, others are saying they aren’t. But it seems that the bobby pin glitch is something most of them agree on, as one user returned to their stash box at 605/600.

This All Feels Familiar

The most popular post at the subreddit gained enough traction to attract some attention from Bethesda. According to a community manager who posted in the thread, Bethesda is aware of the problems and is working on the issue. Most likely we’ll see a hotpatch coming in within the day to clear out the old bugs once again. Hopefully, this time it stays that way.

While the 500 MB patch did some good, like balancing the game and ending a cap exploit, it ultimately added more harm to the game’s reputation than good. And at this point of the game, Fallout 76 could use a bit of positivity. Despite having a rough start, Bethesda also had to tackle speed glitches, as well as that whole bag fiasco. Perhaps one day we can read a headline about Fallout 76 with expecting the worst, but it is not this day.

Mage’s Initiation: Reign Of The Elements Review – A Sparkle Of Magic