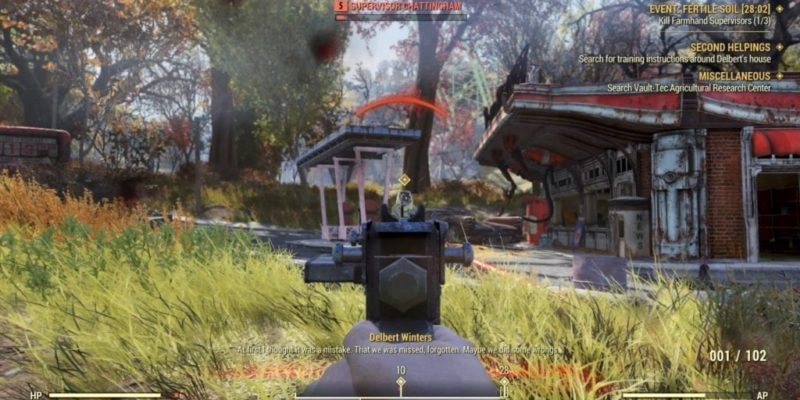 Time on the Fallout 76 beta for all platforms is drawing to a close. In fact, there are only two more sessions left until Bethesda puts a pin into its testing. If you have access to the beta and haven’t played it yet, this is your last chance, vault dweller.

Bethesda dropped the final schedule via its Twitter this week. The company offered its regards to those who have tried it out, saying “Thank you to everyone who joined us this weekend on the [Fallout 76] B.E.T.A.”

Thank you to everyone who joined us this weekend on the #Fallout76 B.E.T.A. Our final session schedule is now available.

One of the last sessions will begin today at 1:00 PM EST, and only run for a paltry two hours. The final day, however, is this Thursday, November 8. It starts at 2:00 PM EST, and finishes after six hours. To sum, you have only eight hours of the beta left to play before the game officially goes live next week.

My Buddy And Me

You don’t need to go at it alone, either. Several days ago, Bethesda gave all its beta players three friend codes to share. If you have access to the beta, all you need to do is check your transaction history at your Bethesda account and find a code to hand out. Be sure to also have your friends check the PC requirements before heading off into the wastes.

If you haven’t played the beta yet but are curious as to how it feels, be sure to check out our first impressions. There, I detail my first two-ish hours of the game, boiling water and standing in line for PC terminals. In brief, I liked what I played, but it sure felt oddly crowded at times. And I’m not sure if I’ll be a big fan of taking missions from computers and corpses.

I guess we’ll all get a good feel for the final game when it releases next week. Fallout 76 comes to PC on November 14.